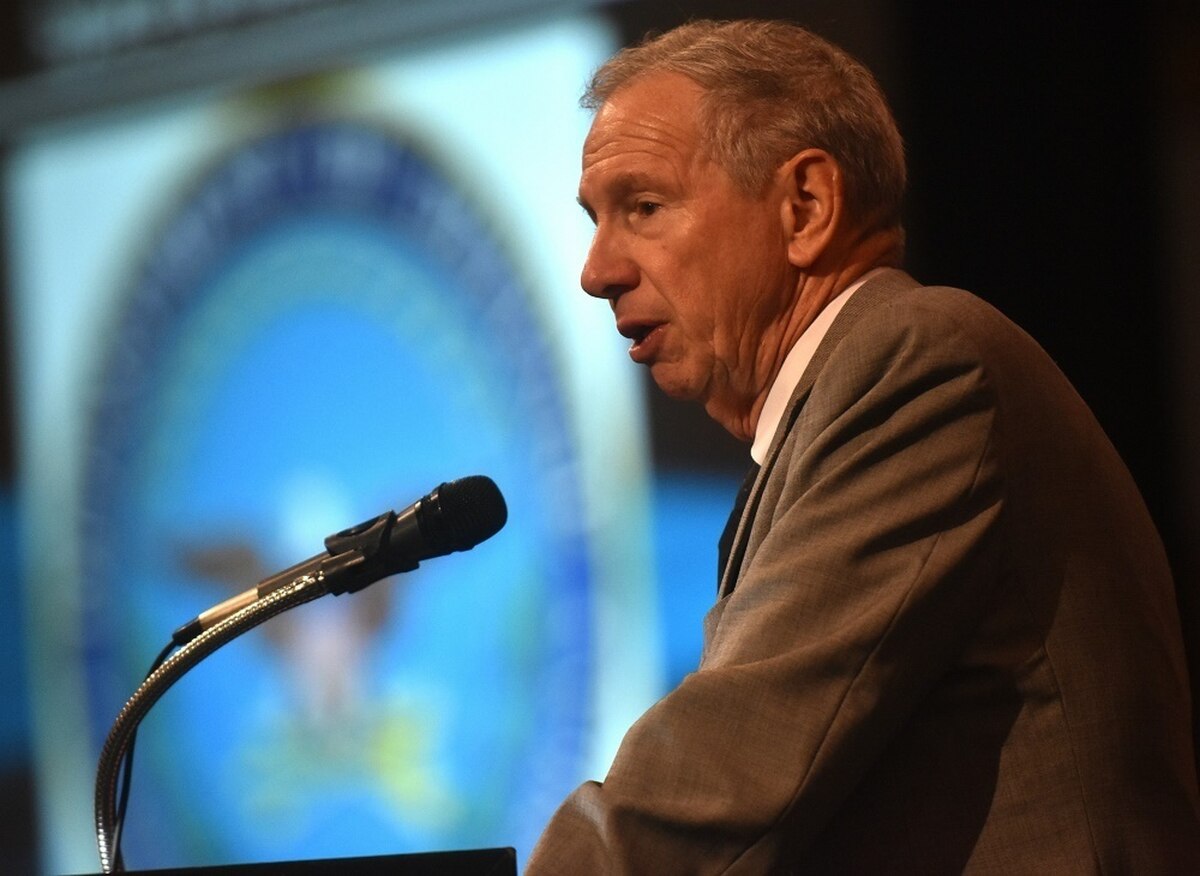 The Pentagon might offer its infrastructure as test areas for American 5G technology development, in an attempt to help jump-start domestic capabilities in fifth-generation network technology currently dominated by China.

Speaking at the Hudson Institute on Tuesday, Department of Defense tech chief Mike Griffin reiterated that hypersonics had been replaced by 5G as his No. 1 priority. But he also acknowledged that the Pentagon will never be the driving force in 5G technology, saying: “We are aware that commercial initiatives in telecommunications far outstrip anything that we can do and would want to do at DoD.”

“We are struggling to become the flea on the tail of the telecom’s dog,” he said. “That said, we have national security needs. And to the extent that we can help seed the competitive environment, or encourage it to grow in directions that are relevant to us, we want to do that.”

As an example of how that might work, Griffin noted there are “use cases” for the Pentagon that line up with those explored by the commercial world, such as “smart ports, smart airports, smart depots, smart factories — all of those things have commercial applications, but they absolutely have national security operations.”

“If we can make available our infrastructure for experimenting and prototyping in environments, [where] different competitors can work in different areas and be assured their proprietary information is protected, if we can provide venues where local, regional, state permitting is not required for operating because they are operating on a DoD base — all of those things can really speed progress in 5G development,” Griffin said. “The development will not be led by DoD. We will be looking to be good customers. If we can help enable that at all, I would want to do that.”

Griffin’s deputy, Lisa Porter, has been assigned as the department’s point person on 5G issues. But Griffin is working to add another body to the task, in the form of a new assistant director on the subject. (His office contains a number of assistant directors in subject matters such as hypersonics and artificial intelligence.) During the event, Griffin said he hoped to add that role soon.

Later in the event, an audience member raised the concern that 5G would be vulnerable to microwave weaponry, asking Griffin how to best combat that. Griffin acknowledged that certain vulnerabilities will always exist, but said that ultimately “we’re just going to have to learn how to deal with it.”

“The national security community has to go places where people don’t want us and we have to do things they don’t want us to do, and we won’t be able to bring our own networks,” he said. “So the national security community has to accept, as a starting proposition, that we have to be able to operate in an environment — it’s not that we suspect it’s not trustworthy, we know it’s not trustworthy. That’s one of our ground rules.

“Some of this is a math problem — how do you assure yourself of trusted communications, broadly speaking, in untrusted networks, untrusted hardware?”