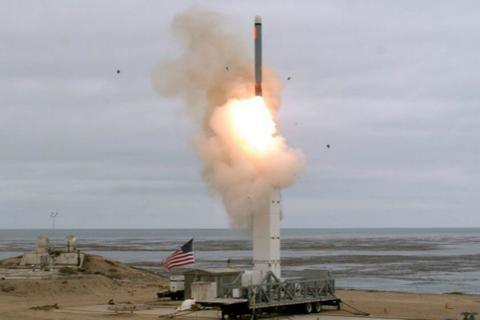 WASHINGTON — The United States has tested a new ground-based cruise missile that is capable covering 500 kilometers in range, less than three weeks after officially exiting an arms treaty that banned such systems.

The test occurred 2:30 PM Pacific time Sunday at San Nicolas Island, California, according to a Pentagon announcement. The missile “exited its ground mobile launcher and accurately impacted its target after more than 500 kilometers of flight,” the release said. “Data collected and lessons learned from this test will inform the Department of Defense’s development offuture intermediate-range capabilities.”

The United States exited the Intermediate-Range Nuclear Forces (INF) treaty Aug. 2, following through on a decision made late last year that the treaty no longer benefited American interests.

The INF was a 1987 pact with the former Soviet Union that banned ground-launched nuclear and conventional ballistic and cruise missiles with ranges of 500 to 5,000 kilometers. However, the United States and NATO allies have for years declared Russia in violation of the agreement.

American officials have stressed they do not plan on building a nuclear ground-based cruise missile capability, but Secretary of Defense Mark Esper has said his department will “fully pursue the development of these ground-launched conventional missiles as a prudent response to Russia’s actions and as part of the joint force’s broader portfolio of conventional strike options.”

Imagery of the test shows the weapon was launched from a Mark 41 Vertical Launch System, the same launcher used in the Aegis Ashore missile defense system. That is notable, as Russia has often claimed the Mk41 presence in Europe as a violation of the INF treaty, with the belief that the Aegis Ashore systems in Poland and Romania could be converted to offensive systems.

“The launcher used in Sunday’s test is a MK 41; however, the system tested is not the same as the Aegis Ashore Missile Defense System currently operating in Romania and under construction in Poland,” Lt. Col Robert Carver, a Pentagon spokesman, said. “Aegis Ashore is purely defensive. It is not capable of firing a Tomahawk missile. Aegis Ashore is not configured to fire offensive weapons of any type.”

The weapon itself is a variant of the Tomahawk Land Attack Cruise Missile, and was made by Raytheon, Carver said. 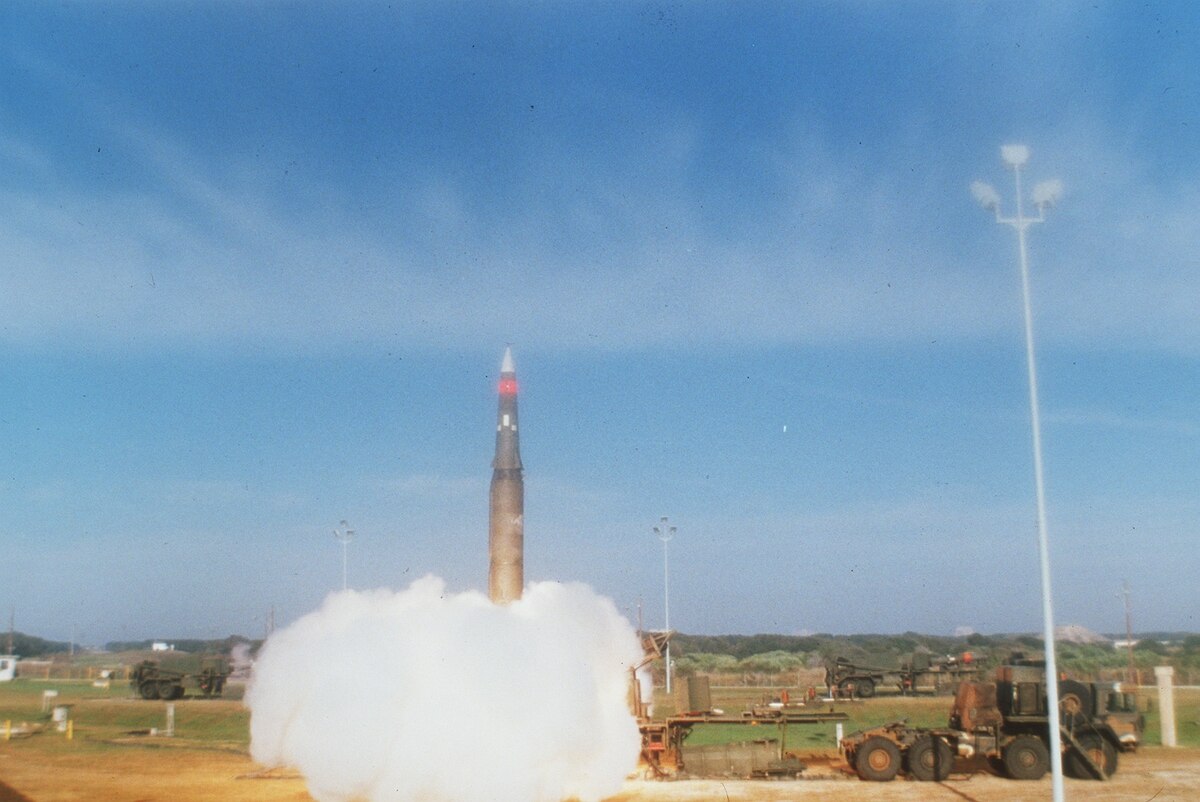 The U.S. Army launched a Pershing 2 missile on Jan. 13, 1988, from the Cape Canaveral Air Force Station in Florida. The ground-based missile was banned after the Intermediate-Range Nuclear Forces Treaty’s passage in the 1980s. (AP)

During a recent trip to the Pacific, Esper also said he would like such weapon systems to end up in Asia as a deterrent to China. The governments in both Australia and South Korea quickly denied that any discussions about such a deployment had occurred, and Esper later downplayed his comments as a future objective.

Congress will have a say in how such systems are developed or deployed. On Capitol Hill, a flashpoint in the fight is $96 million the administration requested to research and test ground-launched missiles that could travel within the agreement’s prohibited range.

The Democrat-controlled House passed a spending bill that would deny the funding ― and a defense authorization bill that would deny it until the administration shares an explanation of whether existing sea- and air-launched missiles could suffice. Senate Republicans are expected to fight that language during the reconciliation process.