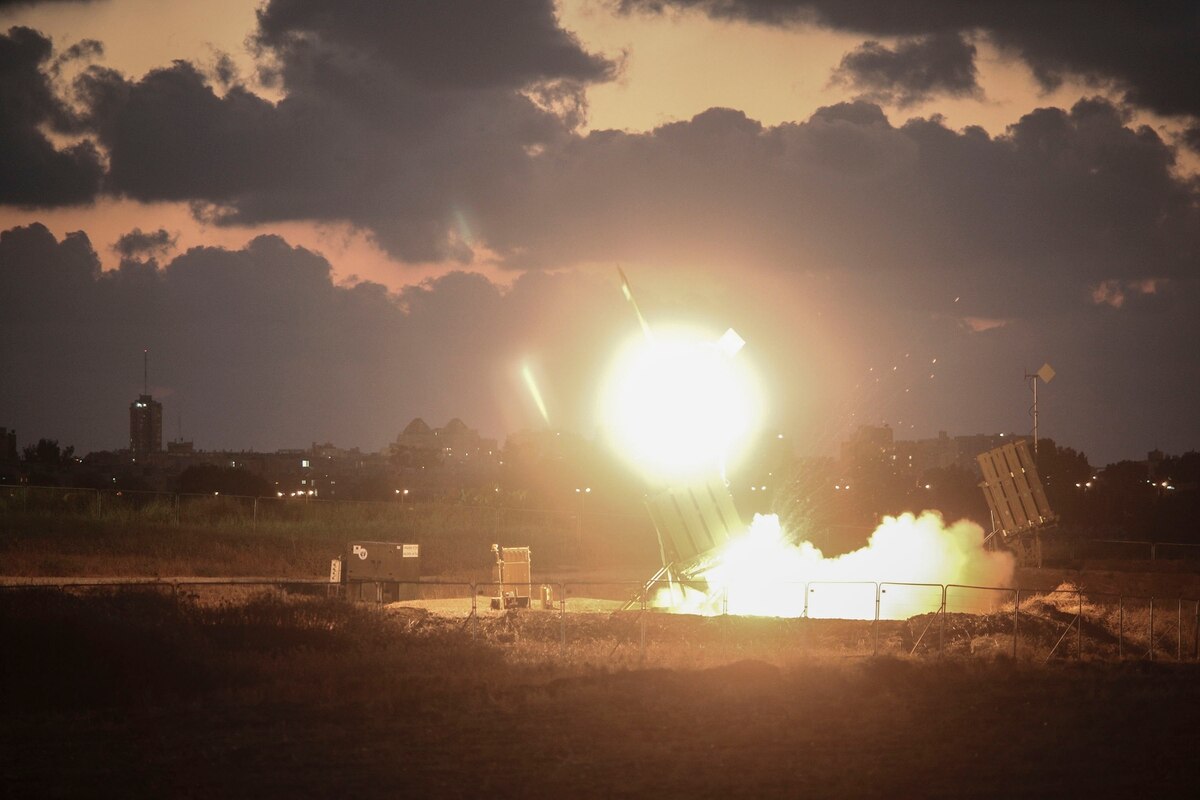 On Aug. 22 a rocket was launched from the Gaza Strip aimed at Israel. An alert was activated in an open area where the rocket was projected to land. The rocket was one of more than 1,600 fired at Israel over the last year, half by Gaza-based militants. Each time, a sophisticated system of sirens warn residents in affected areas.

The sirens are only one of more than 250 layers of data that form part of Israel’s Home Front Command National Command and Control, a system called Shual in Israel. Lt. Col. Shlomi Maman says that his command is responsible for protecting civilian lives in emergencies, whether from rockets or earthquakes.

Technological advancements enable data to be centralized, “so soldiers can arrive in the field with a [tablet] computer and see who is where in the field, what is in the field in real time, and deal with the incident connection with the command center,” says Maman.

Israel today faces potential conflicts on both its Gaza border and in the north with Hezbollah. Amid the tensions with Iran it foresees complex challenges in a potential multi-front war that would involve rocket fire and the need to deploy Israel’s multi-tiered air defense system. Making sure Israel’s millions of civilians can get to shelters in time and are warned correctly is integral to the country’s defense and how it uses technology.

Israel’s Home Front Command created web-based applications to manage all the layers of data for various forces that might be involved in responding during a conflict or civilian emergency. It has roots going back more than 10 years.

Maman, who heads the early warning branch of Home Command’s C2 says that for Israel this system combats everyday threats, like the rockets from Gaza. It enables coordination between the army, local authorities, police, ambulance service and others. The system has more than 250 layers that can be accessed easily with a click on a screen.

In an interview at the Home Front’s Ramla base, Shual Program Specialist Nir OrenOren compares it to the film Minority Report in its abilities, and a tour of the layers presented on multiple computer screens at the Ramla base illustrates how it works.

For instance, one screen can show in real-time 27 emergencies across Israel. There may be local fires or police responding to a crime. Using a Panasonic Toughpad tablet, those first responders update what they are seeing. They can also photograph the situation and upload the images.

“So we can see which unit [initiated] this incident on the map and we can see which forces are dealing with the situation. And we can see what has been addressed and which are not being treated,” says Oren. This enables prioritizing forces in the field that then respond pool of data at their fingertips.

Earlier this year the IDF announced that Israel’s siren warning system now included 1,700 individual areas that could be individually warned in time of conflict or other emergencies. That is a major leap from 25 areas in 2006 during the last war with Hezbollah. This means that rather than sending hundreds of thousands of citizens to shelters due to a rocket over a city, individual neighborhoods can be warned.

The Shual system enables Home Front Command to use a variety of methods to respond, networking with local police and also analyzing CCTV cameras, and enabling local authorities to add their own layers.

“The police for instance have a C2 and we don’t want to replace that,” Oren said. “But we want to be able to link to that and share some information; for instance if a rocket fell, they and we can work together and know where to go and where to send forces and what roads to close.”