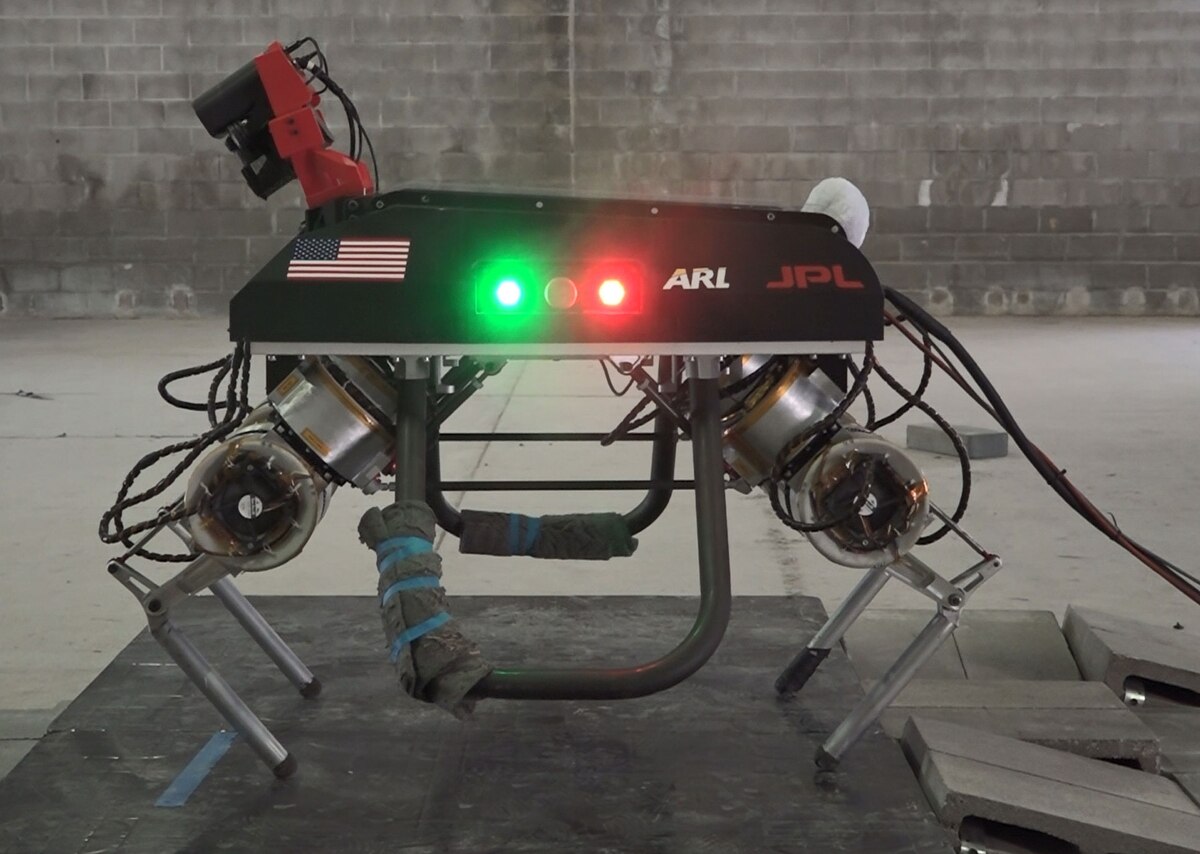 Traversing rough terrain discreetly is best done with legs. Wheeled vehicles, for all their efficiency and mobility over flat surfaces, struggle in mountains without infrastructure, and can be thwarted by stairs. Tracks can handle rough ground, but lack the speed and dexterity to move alongside soldiers through multiple floors of a house. To meet its logistics needs in areas where existing vehicles struggle, the Army is turning to a four-legged robot, the Legged Locomotion and Movement Adaptation, or LLAMA.

Again, let’s linger on that name for a moment: the Legged Locomotion and Movement Adaptation, or LLAMA.

“The system is all electric and has high torque actuators and algorithms for advanced perception, intelligence and control for autonomy and teaming,” the Army said in a Sept. 11 release about the LLAMA.

This means it is a robot built to follow Soldiers wherever they go, through rough or built terrain, the way a pack animal might. LLAMA is built to “lighten physical workloads, and increase mobility, protection and lethality,” though some parts of that will come into use before others. The Army suggests that LLAMAs for logistics may be as little as five years away, while other missions (lethal LLAMA, or LLLAMA, say) will take further time and development of autonomous software.

As animals for logistics inspiration go, llamas are an inspired choice.

“One reason the llama excels as a pack animal is because it can walk about 20 miles per day at high elevations, even above 17,000 feet, where the air is thin. They move at a slow, steady, sure-footed pace, in a single line. They rarely make noise, except for a low humming sound when contented,” wrote John Kistler, author of Animals in the Military: From Hannibal’s Elephants to the Dolphins of the U.S. Navy. “As for the number of llamas kept, it must have been vast, since one Inca army was said to use 25,000 llamas for its pack train.”

The Inca built a whole empire in part on the strength of llama logistics (llama llogistics?). The Army’s ambitions for its robotic LLAMA are far more modest, envisioning the legged machine as a component in a grander array of battlefield enablers.

Should the LLAMA go from research tool to battlefield companion, it will have triumphed where other military legged robots have failed. The Legged Squad Support System, or LS3, was a Boston Dynamics designed and DARPA-funded robotic pack mule built for the Marine Corps that was ultimately rejected as too loud to be as discreet as desired. Research into four-legged machines continues, but largely as scouting tools.

For LLAMA to succeed where LS3 failed, it needs to be silent as infantry while carrying a mule-sized load. It will not have the whole weight of an Andean empire on its back, but when it comes to transporting battlefield supplies, the last mile matters as much as every mile before it.