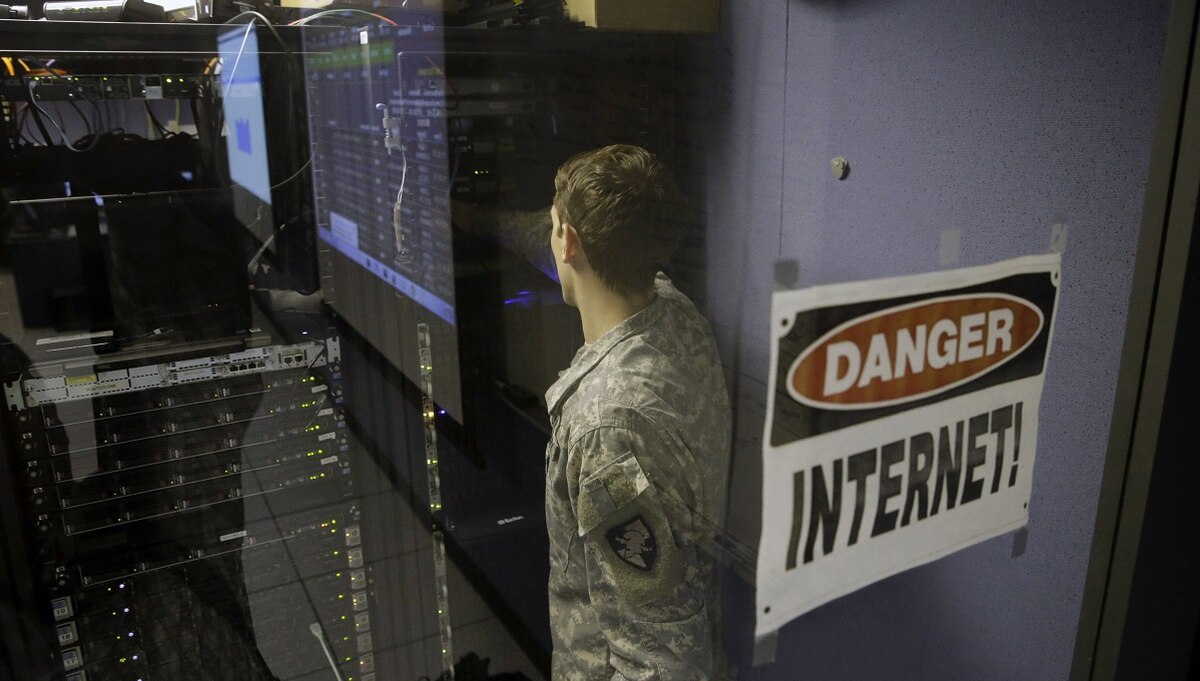 The Army’s new rapid cyber innovation center wants to expand in the next year as it approaches first anniversary of operations.

The center, dubbed “the Forge” and set up to drive quicker acquisition and foster strong relationships with industry, will mark one year of operations in December. Col. Chad Harris, project manager for Defensive Cyber Operations at the Army Program Executive Office Enterprise Information Systems (PEO EIS), spoke with Fifth Domain at the Association of the U.S. Army conference Oct. 15 about what’s changed.

“The Forge was brand new,” Harris told Fifth Domain. “We hadn’t really demonstrated the capability. And so it was a great idea — it was a concept that was starting to come to fruition. But it still had not done anything.”

Using other transaction agreements, which allow the government to buy faster from pre-approved vendors, the team in Fort Belvoir, Va. was established to speed up the pace of acquiring cyber products. The purpose of the Forge is to capture innovative products from vendors of all sizes, from traditional defense contractors to small start-ups. This allows the Army to listen to a “diversity of thought,” Harris said.

“What you miss out on is those young, new, non-traditional companies that are at the very cutting edge of technology bringing new things to the marketplace that maybe you’re not seeing in other places,” Harris told Fifth Domain.

One success for the Forge has been its work consolidating a defense cyber operations kit, Harris said. The kit originally weighed well over 100 pounds, but needed to fit into an aircraft’s overhead bin. The team was tasked with making the kit both smaller and lighter. In less than eight months, the Forge staff was able to shrink the size down to a small box by working with six different vendors, Lt. Col. Scott Helmore, then the cyber platforms and systems product manager at the Forge, told Fifth Domain in May. The previous kit was designed, built and produced over 18 months.

The Forge also held an event earlier this year to fulfill needs for high speed data transport and received 168 responses from industry, a figure Army leaders viewed as a huge success.

The Forge, like organizations throughout the government and private sector, is working through its own challenges associated with the cyber workforce shortage.

“We don’t have enough highly trained cybersoldiers,” Harris said. “And we’re working to alleviate that. What we can do from an acquisition perspective is get automation in there, get machine learning in where we are making those those individual soldiers more operationally effective by giving them tools that are easy to use, that are intuitive [and] that can be automated.”

The shortage is slowing down several areas of the Forge’s work.

“There are key skill sets that … they’re hard to find,” Harris said. “Data science, experts in coding, software development, they are hard to find.”

Now, Harris said the Forge will look for new opportunities to expand.

“How do we let people know what we’re doing and take advantage of the capability that resides in [the Forge],” he asked.

With Army Cyber Command moving to Fort Gordon in Georgia, Harris said he sees a chance to grow.

“The Forge — it’s a physical location, but it’s also a virtual environment.” Harris said. “So there’s no reason we can’t extend that Forge environment down to Fort Gordon. And we’re already doing so with the battle lab and with our armory facilities.”

The biggest lesson Harris said the Forge learned is the importance of constant communication with vendors of all levels.