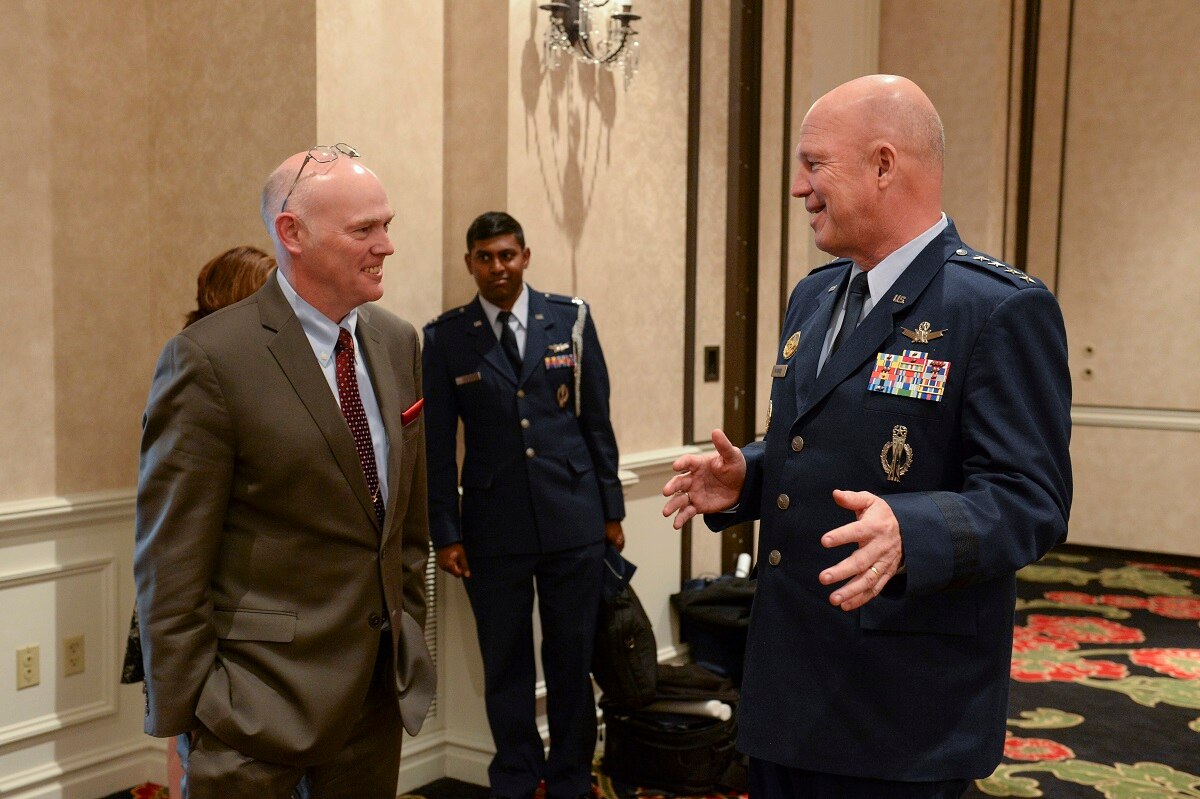 WASHINGTON — While U.S. Space Command was officially launched in August, the process of firmly establishing the Pentagon’s newest combatant command will take years to complete. But according to a key industry official, the command’s creation is already impacting how the Defense Department communicates with industrial partners.

Tory Bruno, the head of United Launch Alliance, said that while routine launch operations have been unaffected by the creation of SPACECOM, he has seen a positive change in relations between his company and the Pentagon since the command stood up.

“An element of what Space Command is doing is making sure they know how to execute their mission and what their mission will look like going forward,” Bruno said Oct. 23. “So they have been engaged with industry on the challenges that they are facing in coping with space as a war-fighting domain. So they are asking people for ideas and for evaluations of theories and trade studies and assessments.

“They’re very engaged with all of us, and we are supporting that, and that’s a great sign of this attention that’s being placed on this big challenge, them getting in front of it and engaging industry.”

While SPACECOM is the most tangible sign of change in how the department approaches the space mission, Bruno said, its creation fits into a broader shift over the last five years to emphasize space as a domain that requires attention.

“Five years ago, when I came to ULA, there really was not in any way significant appreciation of space as a war-fighting environment. In fact, you were not allowed to say space is a war-fighting environment, you were just becoming allowed to acknowledge that space was contested,” Bruno recalled. “There is really good in-depth thinking now going on. And using all of the best information available to do that, this is a change from where it was a number of years ago when this threat was just barely emerging and wasn’t yet considered a critical threat.

“Fast forward to today: This is a completely new world. The government is all over this and taking it very, very seriously.”

SPACECOM is part of a broader reorganization in the Pentagon of space-related operations, including the potential creation of a sixth branch of the military, the U.S. Space Force. The reorg also features the Space Development Agency, an office that currently resides under Mike Griffin, the Pentagon’s research and engineering head. The agency is charged with putting hundreds of small satellites into orbit in the next decade.

The SDA was stood up earlier this year and faced headwinds early on, first in the form of stern opposition from Air Force leadership and then when its first directed left the agency months after its creation. Nevertheless, Bruno said, the SDA is doing its best to reach out to industry, which in turn is “trying to do its best to help, to inform so they can come up with the right solutions that really only they can determine.”

“It’s really important we understand what’s going to be demanded of us so we can invest in the right way and we spend our R&D [research and development] dollars correctly to create capabilities that, within that system, makes us competitive, but within the broader ecosystem of our national need gives our war fighters the capabilities they require to do their job,” Bruno said.

How could those R&D funds be used? Bruno didn’t go into detail, but hinted he expects future launches from the U.S. government to regularly involve multiple satellite systems going up on one rocket, which in turn means those launch vehicles must have the ability to carry extra weight and reach higher orbits.

ULA’s Vulcan launch vehicle, for instance, was designed with a “little bit more performance and a little bit more flexibility” than Air Force planners asked for, “anticipating that that is going to be needed.”

“So, we have more mass that we can take to higher energy orbit, and we have a much larger payload volume that can accommodate multiple payloads going up at the same time, and physically larger payloads,” he said, “because it’s our assessment that those are going to be needs of the future.”