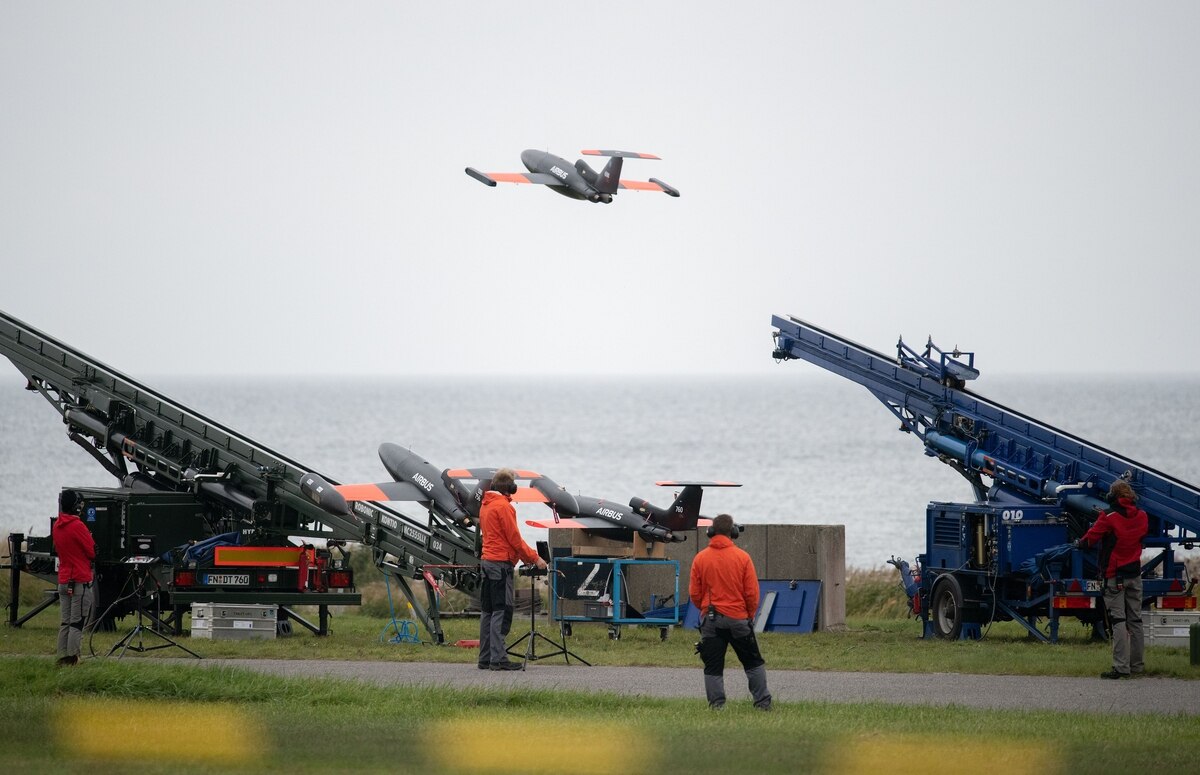 The proposal is part of the Preparatory Action on Defence Research effort by the European Union to improve collaboration on among member states. Under the heading “Emerging Game Changers,” EU officials asked companies earlier this year to submit ideas for “promising breakthrough technologies” in the field of artificial intelligence for defense applications.

The idea behind “SEAD Swarm” is to create the necessary algorithms that would enable a mass of aerial drones to inspect the characteristics of air defense systems, distribute the information within the swarm and derive a plan of attack against weak points. Actions taken could include blinding radar sensors, overwhelming anti-aircraft fire with kamikaze-type tactics, or attacking sites with explosive or electronic-warfare payloads.

The acronym SEAD is short for “suppression of enemy air defenses,” military platforms that often expose pilots of manned aircraft to significant risk of getting shot down.

The proposed project comes in the wake of Finland designating advances in AI a key objective for its six-month term leading the Council of the European Union. The idea is backed by a consortium of 12 private companies, national research institutions and universities from six countries, with Finnish company Insta as the lead.

A decision from European decision-makers on the award of an approximately $2 million grant to start the project is expected in the next few months.

Consortium officials stress that nothing would be built during the initial phase of the project. Instead, the idea is to incubate the necessary “swarm logic” and learning algorithms in a simulation environment, where scenarios can be gamed out and quickly adapted, Ari Kosonen, a senior systems engineer at Insta, told Defense News.

Letting the drone swarm and air defense systems battle it out in a controlled cyberspace environment would yield patterns of problem-solving that can continuously improve both the attackers’ and the defenders’ performance, Kosonen said. In addition, thinking through the idea on a purely theoretical level would allow proper consideration for ethical and legal questions that arise whenever AI is weaponized, he added.

If adopted by the EU, the participating countries of Finland, Germany, Slovenia, Estonia, the Netherlands and Austria would detail military officials to an advisory board to help ensure the planned simulations reflect real-world combat situations.

That includes resisting the urge of crafting scenarios that are too clear-cut in allowing judgments about when to apply force and when to stand down, said Christian Brandlhuber, a senior adviser at consortium member Reply AG in Munich. “Does this work in an environment where our situational awareness is less than perfect?”

“There were heated discussions in the consortium about how pronounced the legal and ethical side should be,” Brandlhuber said. Dicey situations could arise, for example, when drones are cut off from communicating with human decision-makers in the final phase of an attack, while the prerequisite is to have a person in the loop for pulling the trigger.

“There is a lot of uncertainty in this,” Brandlhuber said, though he argued analysts should strive to understand the complexity that comes with combining drones and AI in a military context. “You can’t determine any of this a-priori.”

Notably, the consortium includes sensor and hardware manufacturers, like Diehl Defence of Germany and Milrem of Estonia, that could be tapped to build prototypes if the SEAD Swarm project is selected to go forward.