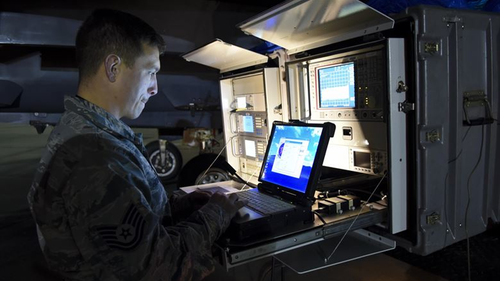 Stratagem seeks new AI capabilities that can reason in real-time about developments in the battlespace during wartime engagements and assist planners and decision makers responsible for reacting to those developments.

As the Air Force begins to operate in contested environments against peer and near-peer adversaries, the demands on planners and warfighters will increase quickly enough to require AI and machine learning decision support, researchers say.

One source of this kind of technology is advanced video gaming. In recent years, game designers had made major developments in AI for non-human game-playing agents; this technology might be considered for battlespace decision support.

Experts want to record and learn from subject matter experts and end-user warfighters through Air Force video games based on operational use cases.Air Force researchers envision developing AI approaches in unclassified game-playing domains and transferring them to tools like the Advanced Framework for Simulation Integration and Modeling (AFSIM).

Researchers will focus on using existing game-playing engines and newly developed interactive simulation environments that operators can play with or against non-human AI-based game-playing agents.

The Air Force has about $10 million for the Stratagem project, which will involve several contractors. Companies interested should email white papers by 13 Nov. 2019 to the Air Force’s Nathaniel Gemelli at nathaniel.gemelli@us.af.mil, with copies to Warren Geiler at warren.geiler.1@us.af.mil.