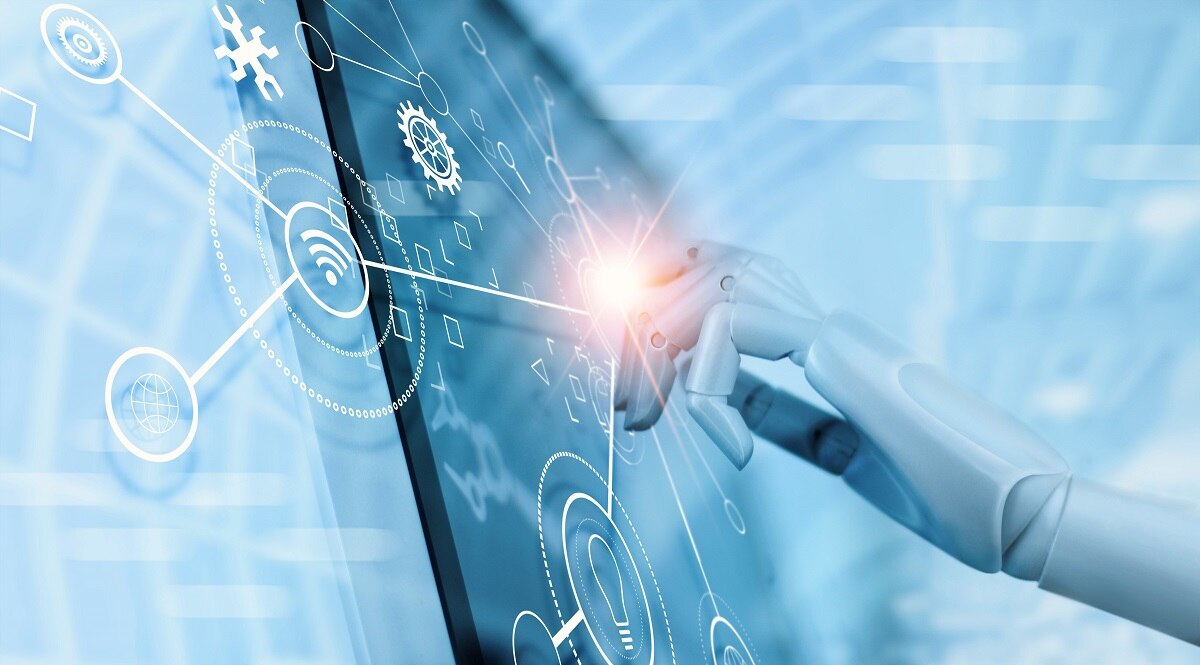 A group of technology experts chartered by Congress to guide American efforts in artificial intelligence have released their initial report on how to ensure AI development stays on track inside the United States. And, overall, there’s a lot of work to do.

Created by the National Defense Authorization Act in 2018, the National Security Commission on Artificial Intelligence is explicitly tasked with reviewing “advances in artificial intelligence, related machine learning developments, and associated technologies,” for the express purpose of addressing “the national and economic security needs of the United States, including economic risk, and any other associated issues.”

While warning of the need to go fast, the Commission will not deliver its full conclusions until March 2021, which could mean that the recommendations from the group will not appear until the fiscal year 2023 budget. However, Work told reporters Monday morning that there is a plan to slowly roll in recommendations as they are finalized.

“As recommendations become locked in as a consensus of the group, and we’re ready to do it, we will be giving those directly to Congress, since they’re our primary customer, and they can use them as we see fit,” Work said, particularly calling out Rep. Elise Stefanek, R-NY., whose legislative push helped created the Commission, as someone who has asked for rolling updates.

In the meantime, the interim report shows the Commission has narrowed its focus onto the following five key areas:

Invest in AI research and development: “Despite the transformative potential of AI, the U.S. government has not yet responded with the resources necessary to meet current research needs and set conditions for future innovation,” the Commission writes, warning that “over the past five years, federal R&D funding for computer science (which houses AI) increased by 12.7 percent, barely sustaining a field in which tenure track positions grew by 118 percent over the same period.”

Put simply, the U.S. government needs to increase its funding for AI research and development if it wants to be able to compete with China. “The country benefits from broad scale investments in science, in particular in the competition we expect from other global leaders,” said Schmidt. “That investment is key.”

It’s not just money, either, but the ever-present threat of government bureaucracy.

“We have found that red tape in the DoD-owned lab network slows its ability to innovate,” the report reads. “Layers of management and long approval processes lead researchers to choose older hardware and software for their work, because these can be obtained more quickly than the best products available. Such issues are creating risks that DoD labs will fall behind the curve of current AI research and development.”

Apply AI to national security missions. Getting technology from paper to the battlefield is always a challenge for the Pentagon, and once again the Commission flags the DoD’s bureaucratic nature as a potential hurdle. To make AI systems valuable in the battlefield, it will take serious “top-down leadership,” the report reads.

One question that the Commission has yet to tackle is the role of lethal autonomous systems, a hot-button topic. As part of their study, the Commission plans to invite groups like the Ban Killer Robots campaign to have a discussion about those concerns.

Train and recruit AI talent. One theme the Commission expects to tackle going forward is the question of how to recruit top technological talent to the Pentagon — certainly not a new problem, but one that takes on extra urgency given the expected importance of AI in the near-future.

That’s not just STEM talent, however. Both men said that part of that talent base needs to include ethicists looking at questions of AI in order to ensure that American artificial intelligence systems come from a base of American values.

Protect and build upon U.S. technology advantages. China, while extremely capable in the AI realm, is still a follower, according to Schmidt. But they are a “fast follower,” one who is able to quickly pick up on American innovations and incorporate them for its own needs.

Hence, export control mechanisms will remain important in the future, the Commission found; however, changes will be needed, as “item-based export controls and narrowly scoped foreign investment reviews are by themselves insufficient to sustain U.S. competitiveness in AI.”

Both men acknowledged there is a camp in Washington that wants to “decouple” from China entirely and try to set strict firewalls that would keep Chinese researches away from American AI R&D efforts. Work said the Commission will attempt to “thread the needle” on that issue, acknowledging those concerns while not pushing to lock Chinese researchers out.

Schmidt went further, stating flatly that “We are dependent on Chinese researchers and Chinese graduate students” and adding that “a decoupling at the human level would hurt the United States … If you take those people out of our research chain, it will hurt the United States. Because they are strong, helpful, many of them stay within the country if they can get visas.”

Marshal global AI cooperation. The report highlights the importance of working with allies and partner nations on developing AI technologies. The United States must “establish a network of like-minded nations dedicated to collectively building AI expertise and capabilities,” the authors write. “The government should organize itself as soon as possible to conduct a sustained, long-term diplomatic campaign to support America’s AI agenda.”

The panel suggests starting to work through the Five Eyes intelligence-sharing nations, as that network is likely the easiest to share key classified technologies through. While NATO may represent another path forward in the future, the Commission feels that is more difficult given the wide range of budgets, budget planning procedures and domestic requirements.

The report also calls for the United States and its partners to “lower the barriers to the movement of people and data among nations” in order to benefit from the best brains around the world — an opinion that appears unaligned with many of the Trump administration’s immigration stances, but one Schmidt has relayed in the past.

Overall, both men acknowledged that the interim report doesn’t contain any shocking findings that have not been already flagged as concerns elsewhere in the government — something they said is a good sign, as it shows broad consensus around how to attack the AI problem.

Still, Work stressed that the Commission’s decision to come at the problem with a whole-of-America focus, as opposed to just national or economic security, means the final report will prove valuable recommendations across the board.

“One thing this report may do is it makes very, very clear what the stakes of the competition are,” Work said. “This is a competition between authoritarian regimes and democratic governments, and technologies reflect the values of the governments that implement them.”