Despite fierce competition, in 2019 Rosoboronexport has already managed to supply products to 43 countries to the amount of more than $11 billion and signed over 800 contracts for future deliveries 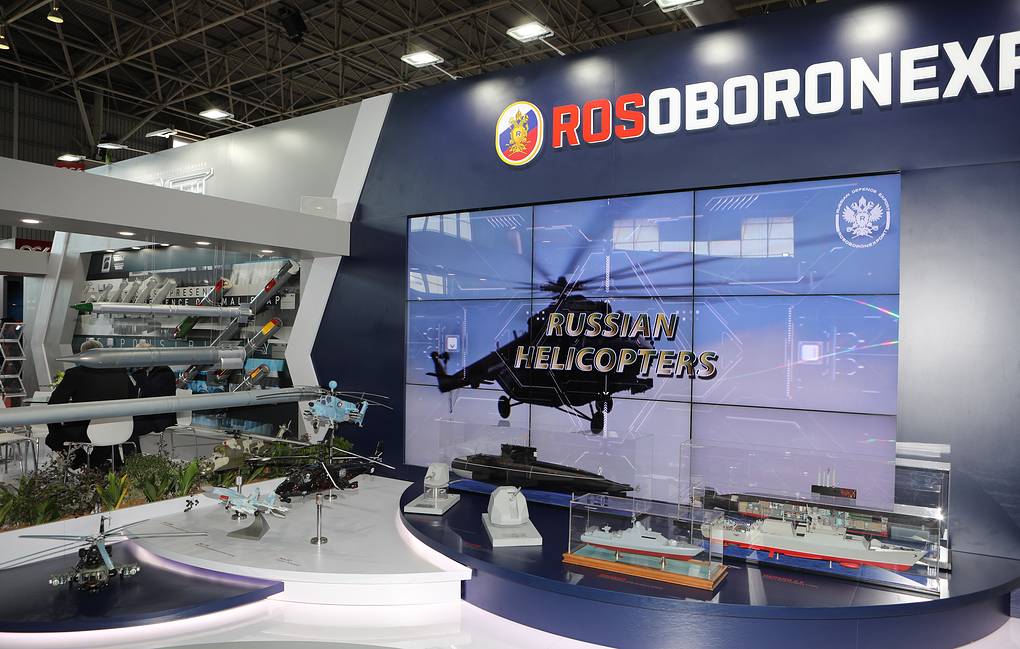 “Rosoboronexport continues to strengthen its positions on the world arms market. Despite fierce competition, in 2019 we have already managed to supply our products to 43 countries to the amount of more than $11 billion and signed over 800 contracts for future deliveries,” Mikheyev was quoted as saying in a statement posted on the company’s website.

“The company’s order book continues to stay at the level of about $50 billion, which guarantees the load for Russian defense industry enterprises for several years ahead,” the chief executive said.

Rosoboronexport has started to promote some advanced weapon systems on the world arms markets, including the fifth-generation Su-57E multirole fighter jet and upgraded Mi-28NE and Mi-171Sh helicopters, the company’s statement says.

“For equipping personnel of the partners’ land forces, special operations and anti-terror units, the company has received an opportunity to supply the whole range of Kalashnikov assault rifles from the newest ‘two hundredth’ series, including those using NATO standard cartridges,” according to the statement.

This year, Rosoboronexport has offered to its foreign customers Russia’s latest Tornado

-S multiple launch rocket system (MLRS) with the range of fire of up to 120 kilometers, new projectiles for the MLRS and rounds for tank guns, the Club-T mobile missile system and the Rubezh-ME coastal tactical missile system, the company said.

“In 2019, Rosoboronexport continued to strengthen its image of a reliable partner, a dynamic and flexible company, ready to run business effectively even in conditions of immense pressure from competitors. Despite sanctions, we have completed the supplies of all the parts of S-400 air defense missile systems to Turkey ahead of time, created and launched the world’s first joint venture on the production of the Kalashnikov assault rifles of the two hundredth series in India,” Company CEO Mikheyev said.