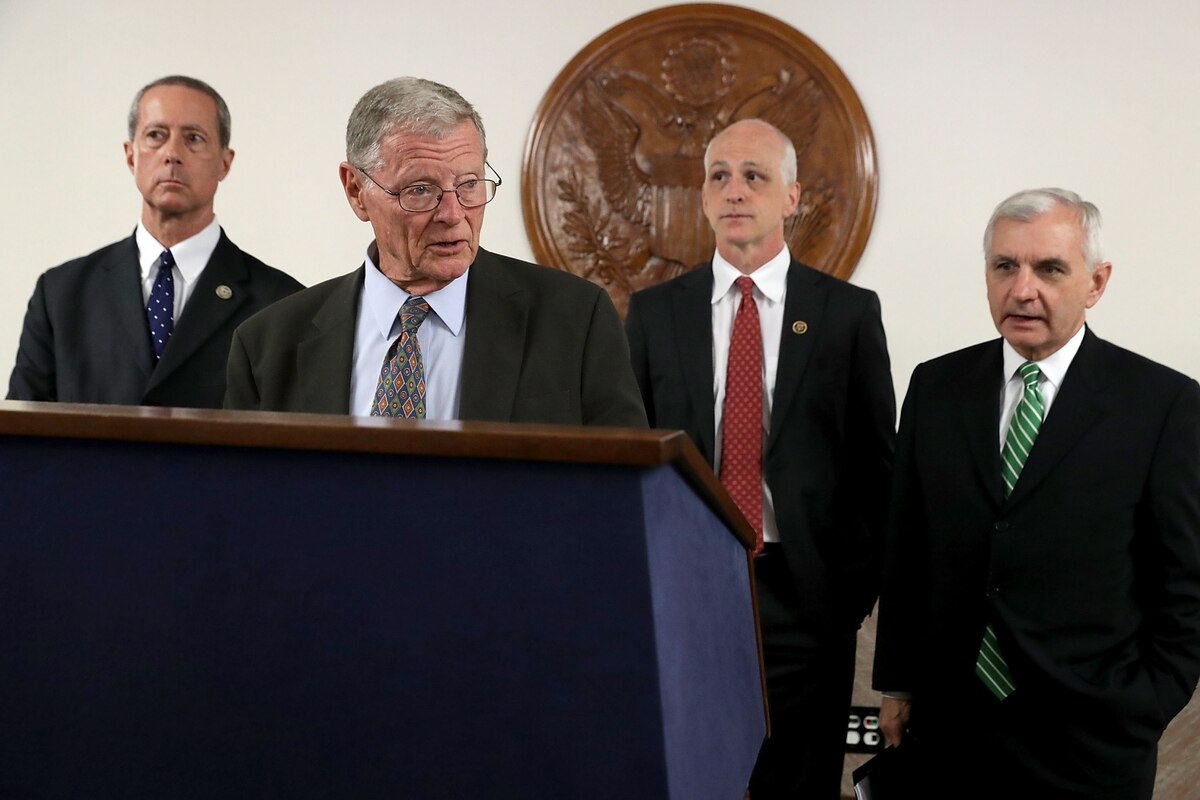 WASHINGTON ― Congress has approved a compromise defense policy bill that creates a new Space Force in exchange for establishing paid parental leave for federal workers, as part of $738 billion for the Pentagon for 2020.

The Senate overwhelmingly approved the bill Tuesday, 82-8, just days after the House passedit, 377-48. The bill now goes to the White House for President Donald Trump’s signature, and he has signaled he will sign the defense policy measure.

Senate Budget Committee Chairman Mike Enzi, R-Wyo., said he opposed the bill because of its negative impact on the national deficit. A congressional agency estimated it would add $5.6 billion to the deficit through 2029.

“Ultimately, this bill furthers the practice of passing legislation while ignoring the budget rules of the Senate and our overspending problem,” Enzi said. “All of this borrowing will continue to cost us increased interest payments and will hamstring future generations of Americans.”

Passage of the 2020 National Defense Authorization Act clears an item from Congress’ to-do list in a hectic week in which it must pass spending legislation by 11:59 p.m. on Friday to avoid a government shutdown. The House is also expected to act on a trade deal with Mexico and Canada as well as vote on articles of impeachment against Trump.

The bill authorizes $635 billion in base discretionary funds for the Pentagon, $71.5 billion in overseas contingency operations funds and $23.1 billion for nuclear programs at the Energy Department. It also authorizes $5.3 billion in emergency aid for disaster-struck bases in Nebraska, Florida and North Carolina.

The NDAA would redesignate Air Force Space Command as the new, sixth armed service, but it included language to prohibit any new billets, meaning the organization must be built with existing forces. Likewise, the defense appropriations bill would grant $32 million less than the administration’s $72.4 million request.

On the personnel side, the NDAA authorizes a new process to redress military medical malpractice cases, improvements to scandal-plagued military housing, the elimination of the military “widows tax” and prohibitions on the military’s use of “PFAS” chemicals. It also includes a 3.1 percent pay raise, the largest in a decade.

On Monday, Senate Armed Services Committee Chairman Jim Inhofe, R-Okla., touted the bill as looking out for military families and as serving the National Defense Strategy, which prioritizes strategic competition with China and Russia.

“It accelerates investment in efforts to modernize our armed forces, including creating hypersonic weapons, 5G [cellular network technology], cyber, long-range missiles and new equipment — areas where we are at risk of, or in some cases already are, falling behind,” Inhofe said, adding that it preserves all three legs of the nuclear triad.

An NDAA has been finalized by Congress for 59 consecutive years, but this year’s bipartisan, bicameral negotiations were made tougher by split control of Congress. House Republicans en masse opposed their chamber’s bill months ago, prompting Democrats to add progressive policy measures so it would muster the votes to pass the House. But those provisions were stripped out in talks with the GOP-controlled Senate.

Senate Armed Services Committee ranking member Jack Reed, D-R.I., said he supported the bill in part because it addresses several requirements of the services beyond the president’s budget request as well as funding to modernize the nuclear triad. Still, he had misgivings over its quick push to create Space Force and its rejection of provisions to halt U.S. support to the Saudi-led military action in Yemen.

“Iran, al-Qaeda, ISIS and others continue to benefit from the chaos of this protracted conflict,” Reed said, using an acronym for the Islamic State group. “And ending the war is both [in] the United States and Saudi Arabia’s long-term security interest.”