By: Vladimir Isachenkov, The Associated Press 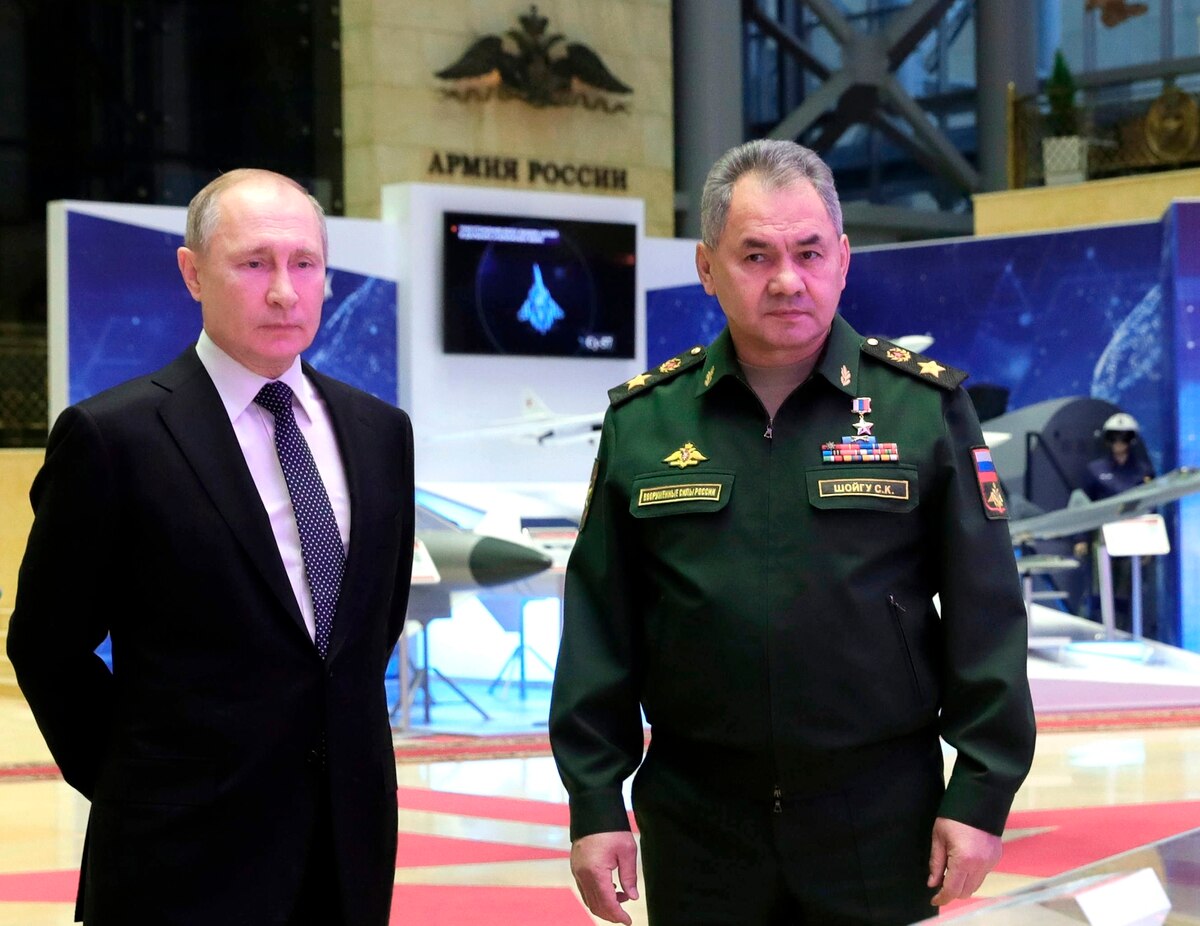 MOSCOW — President Vladimir Putin said Tuesday that Russia has got a strong edge in designing new weapons and that it has become the only country in the world to deploy hypersonic weapons.

Speaking at a meeting with top military brass, Putin said that for the first time in history Russia is now leading the world in developing an entire new class of weapons unlike in the past when it was catching up with the United States.

The Russian leader noted that during Cold War times, the Soviet Union was behind the United States in designing the atomic bomb and building strategic bombers and intercontinental ballistic missiles.

“Now we have a situation that is unique in modern history when they are trying to catch up to us,” he said. “Not a single country has hypersonic weapons, let alone hypersonic weapons of intercontinental range.”

The Pentagon and the U.S. military services have been working on the development of hypersonic weapons in recent years, and Defense Secretary Mark Esper said in August that he believes “it’s probably a matter of a couple of years” before the U.S. has one. He has called it a priority as the military works to develop new long-range fire capabilities.

The U.S. also has repeatedly warned Congress about hypersonic missiles being developed by Russia and China that will be harder to track and defeat. U.S. officials have talked about putting a layer of sensors in space to more quickly detect enemy missiles, particularly the more advanced hypersonic threats. The administration also plans to study the idea of basing interceptors in space, so the U.S. can strike incoming enemy missiles during the first minutes of flight when the booster engines are still burning.

Putin said that the first unit equipped with the Avangard hypersonic glide vehicle is set to go on duty this month, while the air-launched Kinzhal hypersonic missiles already have entered service.

The Russian leader first mentioned the Avangard and the Kinzhal among other prospective weapons systems in his state-of-the-nation address in March 2018.

Putin said then that the Avangard has an intercontinental range and can fly in the atmosphere at a speed 20 times the speed of sound. He noted that the weapon’s ability to change both its course and its altitude en route to a target makes it immune to interception by the the enemy.

“It’s a weapon of the future, capable of penetrating both existing and prospective missile defense systems,” Putin said Tuesday.

The Kinzhal, which is carried by MiG-31 fighter jets, entered service with the Russian air force last year. Putin has said that the missile flies 10 times faster than the speed of sound, has a range of more than 2,000 kilometers (1,250 miles) and can carry a nuclear or a conventional warhead. The military said it’s capable of hitting both land targets and navy ships.

The United States and other countries also have worked on designing hypersonic weapons, but they haven’t entered service yet.

The Kremlin has made military modernization its top priority amid tensions with the West that followed the 2014 Russia’s annexation of Ukraine’s Crimea.

Putin on Tuesday described a buildup of NATO’s forces near Russia’s western borders and the U.S. withdrawal earlier this year from the 1987 Intermediate-Range Nuclear Forces treaty among top security threats.

He argued that Russia must have the best weapons in the world.

“It’s not a chess game where it’s OK to play to a draw,” he said. “Our technology must be better. We can achieve that in key areas and we will.”

Russian Defense Minister Sergei Shoigu reported Tuesday that the military this year has received 143 warplanes and helicopters, 624 armored vehicles, a submarine and eight surface warships. He said that the modernization of Russia’s arsenals will continue at the same rapid pace next year, with 22 intercontinental ballistic missiles, 106 new aircraft, 565 armored vehicles, three submarines and 14 surface ships to enter duty.

Putin noted that the work to develop other prospective weapons, including the Sarmat heavy intercontinental ballistic missile, the Poseidon nuclear-powered underwater drone and the Burevestnik nuclear-powered cruise missile was going according to plan.

The Burevestnik has stoked particular controversy. The U.S. and the Soviet Union worked on nuclear-powered rocket engines during the Cold War, but they eventually spiked those projects considering them to be too hazardous.

The Burevestnik reportedly suffered an explosion in August during tests at a Russian navy range on the White Sea, killing five nuclear engineers and two servicemen and resulting in a brief spike in radioactivity that fueled radiation fears in a nearby city. Russian officials never named the weapon involved in the incident, but the U.S. said it was the Burevestnik.