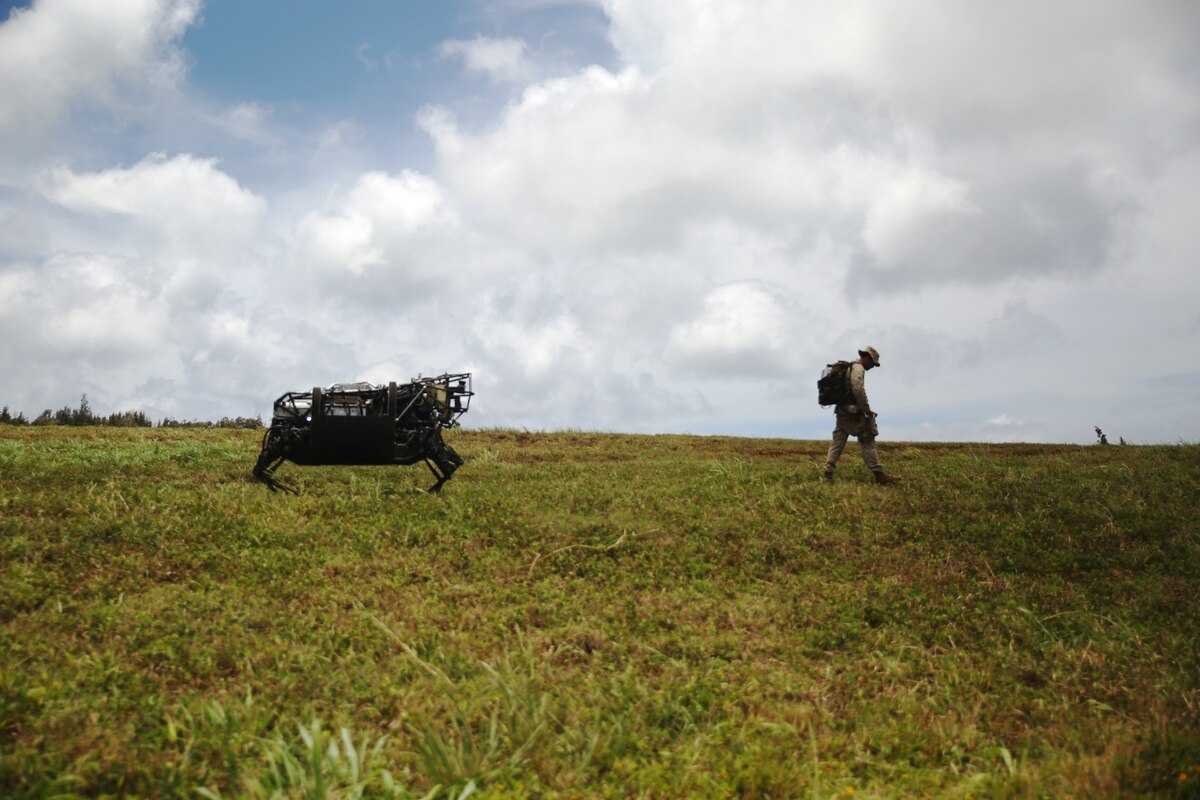 When it comes to robots that can accompany humans into battle, researchers have leaned heavily on biomimicry and designed machines that resemble animals who have long been trained for war.

The range of designs, in both military and commercial spaces, suggests a pace of iteration and innovation that will only accelerate in the coming decades.

But making a robot dog useful means balancing a series of needs. This includes the desire to have the robot guide its own navigation, the machine’s utility as a pack animal, and the sensor payload it can carry to scout for humans. What’s become clear in the last year is that third requirement in particular shows where there is a differentiation of thought and room for industry to innovate.

One place to look is the Army’s own LLAMA program. The Legged Locomotion and Movement Adaptation system, which resembles a large dog with an especially tall neck, is designed as a mobile sensor mast. Made to scramble over rubble and uneven terrain alongside handlers on foot, the cognitive load of the LLAMA is variable. A default mode allows the machine to run forward, and trust that momentum and four legs will carry it over whatever is in its way. If it needs a more deliberate path, the human handlers can instead activate a careful mode, where additional sensors scan the environment and guide foot placement.

Another way to run a robot dog is the BigDog approach. The Boston Dynamics machine, perhaps the most iconic four-legged robot of the 21st century, is sensor-rich. Early models included everything from inertial sensors to joint sensors to temperature, pressure, engine speed, and other relevant factors. Later versions, including BigDog successor robots like Spot, feature LiDAR for navigation, adding to the robot’s ability to comprehend its environment and also its internal cognitive load.

A third approach comes from Ghost Robotics, which uses an ultralight approach to understanding the robot’s current ability to stay in place. Sensors track the current fluctuation from the Ghost robot’s leg actuators, and from this feedback algorithms can adjust the behaviors needed for the robot to stay upright while bounding or shambling forward. That system is coordinated by a 1 watt microcontroller, according to Ghost Robotics Chief Executive Jiren Parikh, who was an exhibitor at the Association of the United States Army AI and Autonomy symposium in Detroit in November 2019.

Adding directional navigation means incorporating further sensors onto the platform as mission requires, but the baseline vision is of a robot that uses as little power as possible to maintain its baseline balance.

Robot Dogs are a microcosm of the problem set facing autonomous design in the future. Sensors built in require management and power and processing to run and improve upon. The degree to which that burden of navigation is shifted between humans and machines greatly shapes what the machines can and cannot do.