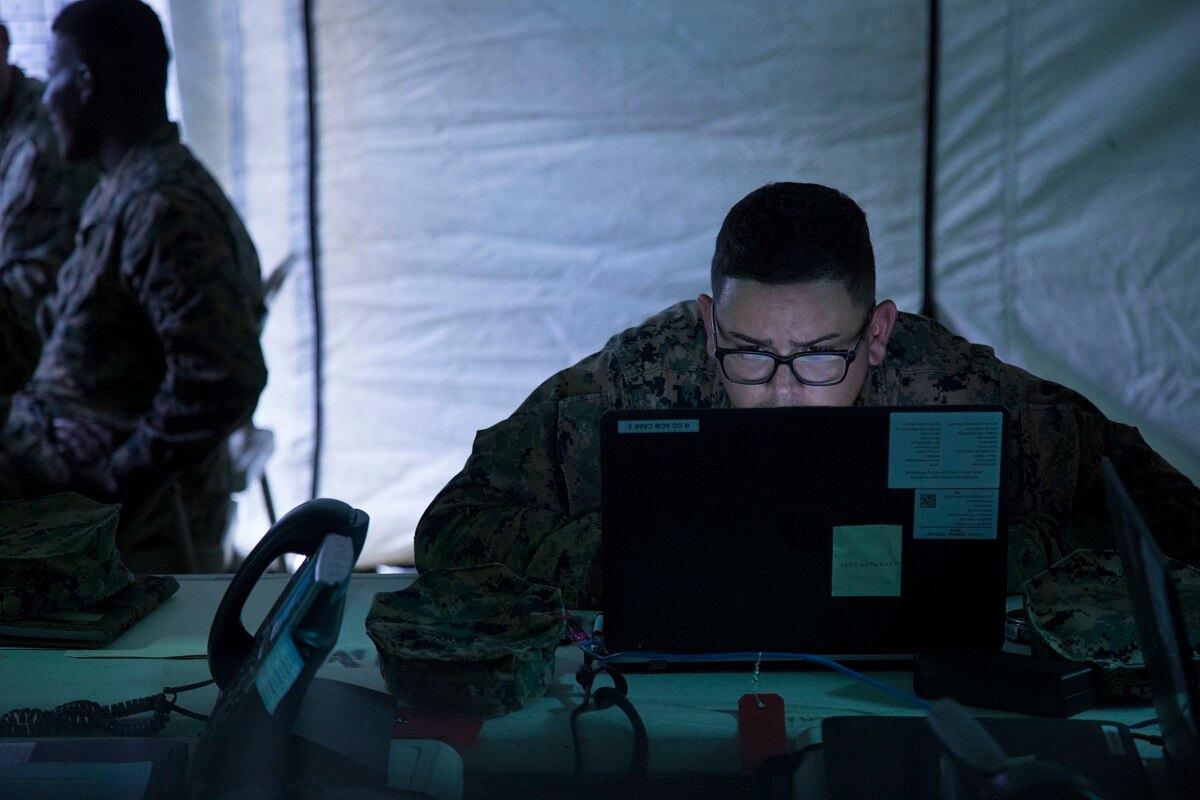 The Marine Corps is creating new network battalions and companies in an effort to improve oversight and the command and control of its network.

These new organizations — described as a “huge, huge deal” — are part of an effort to reduce the number of organizations charged with network functions. The move will also allow for more accurate readiness reporting, said Col. Ed Debish, commanding officer of the Marine Corps Cyberspace Operations Group.

“Currently, we have six different commands that have something to do with managing the Marine Corps Enterprise Network,” he said at a Jan. 31 lunch hosted by the AFCEA Quantico chapter.

Now, one commander — the head of Marine Corps Forces Cyberspace Command — will oversee and manage these groups.

“Primarily, what they’re going to do is deliver enterprise business services down to the end user device,” Debish told C4ISRNET following his remarks. “They’re also going to be responsible for managing the BAN and LAN — the building area networks and the local area networks on the bases and stations around the Marine Corps.”

The new commands will absorb the organizations that previously performed many of these functions, including the Marine Air-Ground Task Force (MAGTF) Information Technology (IT) Support Centers, or MITSCs.

“The problem that it was designed to solve was unity of command and unity of effort on the Marine Corps Enterprise Network. It’s going to give us visibility all the way down to the end user device where we didn’t have that visibility before,” he said.

The arrangement will also help Marines better understand readiness of the network. Previously, it could be difficult to determine what equipment was working and part of the network. Now, with one command, those assessments should be easier, Debish said, as they’ll be managed under a single entity.

Additionally, the new organizations will help with one of the Marine Corps’ top IT priorities: to deploy its network abroad in a more agile and mobile way.

“The idea is to move that enterprise capability to the tactical edge with the deploying force,” Debish said. “If you were to just remotely connect back into the enterprise network, you’re going over a VPN connection to a data center somewhere that might be thousands of miles removed from it. But if you lost that connection, then what happens? You don’t have any access to any of your data or your network.”

Next year, leaders expect to create the second and third network battalions at Camp Lejeune and Okinawa, respectively.