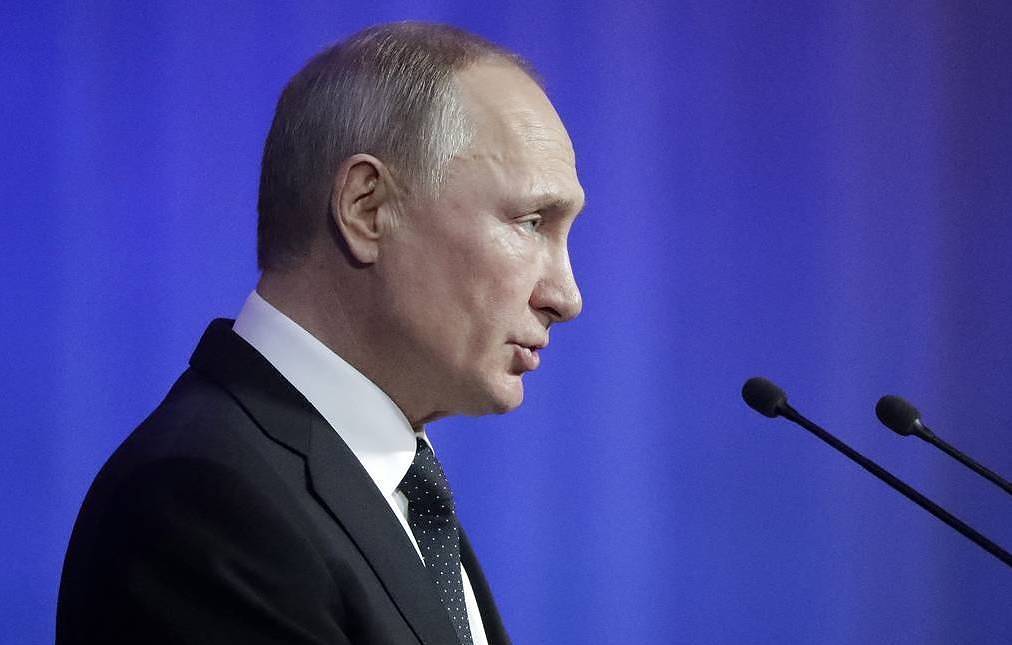 MOSCOW, February 23. /TASS/. The Russian army and navy will be equipped with cutting-edge weapons, including laser and hypersonic systems, Russian President Vladimir Putin said on Sunday.

“We will be doing our utmost so that our army and navy can become more and more advanced, which means strengthening capabilities of the strategic forces, channeling cutting-edge hardware to all types of forces, including laser, hypersonic systems and high-precision systems,” Putin said at the State Kremlin Palace at a gala concert marking Defender of the Motherland Day.

The president pointed out that most Russian weapons have no equivalents in the world.

“Along with this, as for promising models which are actually the weapons of the future, we have already gone from the stage of trials up to [the stage] of putting them on constant combat duty,” Putin said.

According to the president, “it means that Russia’s defense and security are faultlessly safeguarded for the distant future.”

“Undoubtedly, courageous people loyal to the Fatherland, true patriots – soldiers and sergeants, and I will particularly emphasize, our officers, or the country’s officer corps – have always been and still remain the fundamental and most solid basis of our Armed Forces,” the president added.

Putin pointed out that the commanders’ duty is to teach and educate their students and to serve as a model for them, rather than just master the science of soldiering.

“It is no coincidence that there is a saying: an officer will teach, a soldier will do,” the president stressed adding that the state highly appreciates military professionals.

“We will continue creating conditions for your decent lives and service, and this work will certainly be continued,” he pledged.

Defender of the Motherland Day marked in Russia on February 23 was introduced in 1922 as an anniversary of the Red Army’s establishment and until 1993 was called Day of the Soviet Army and Navy.