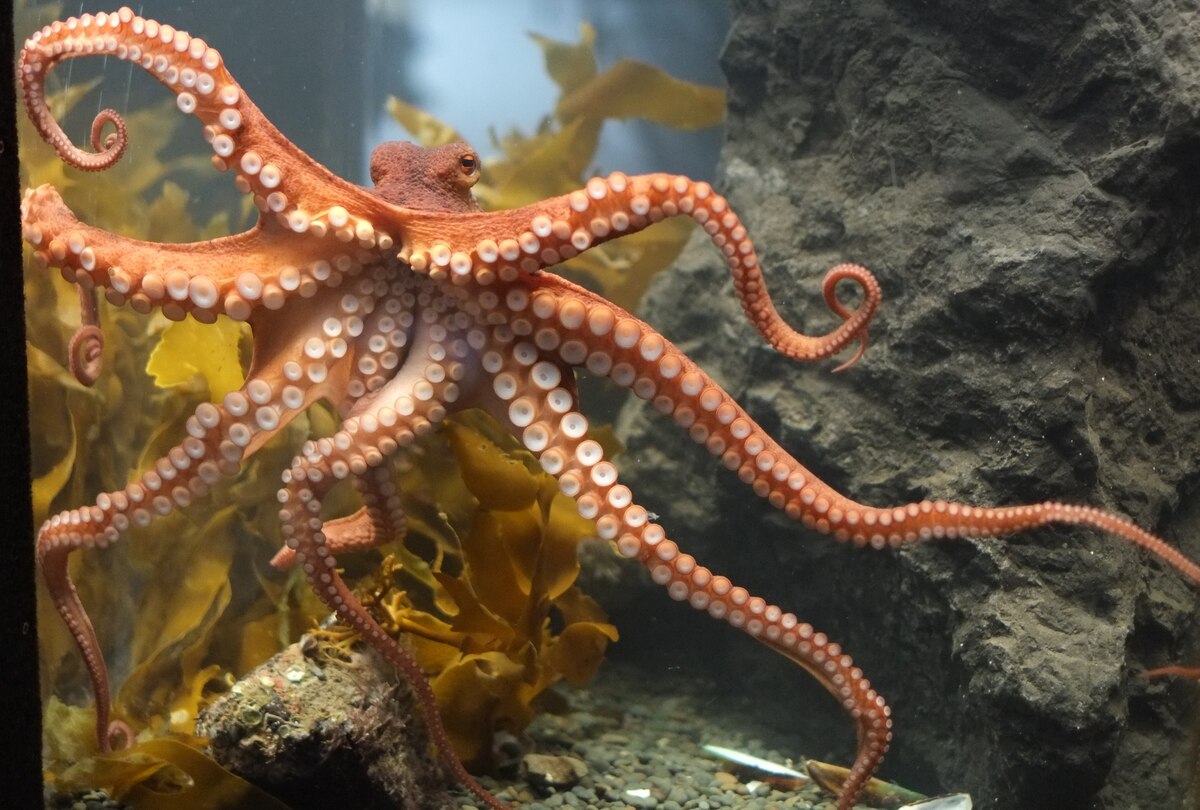 When robots lend humans a hand on the battlefield of the future, it might not actually be a hand. It could, just as easily, be a tentacle.

A team of researchers from Harvard’s School of Engineering and Applied Sciences and Beihang University have created a soft robotic tentacle that can grip and manipulate objects, inspired by the tentacles of an octopus. Like the aquatic cephalopod, this robotic limb can both curl around objects and use suction cups for grip.

It’s a novel design that could inspire a whole range of mechanical manipulators, freed from the constraints or expectations of rigid design.

“Octopuses can employ their tapered arms to catch prey of all shapes and sizes due to their dexterity, flexibility, and gripping power,” wrote the authors. “The results from this study not only provide new design insights into the creation of next-generation soft actuators for gripping a wide range of morphologically diverse objects but also contribute to our understanding of the functional significance of arm taper angle variability across octopus species.”

The soft robot is controlled with two valves, one to apply pressure for bending the arm and one for a vacuum that engages the suckers. By changing the pressure and vacuum, the arm can attach to any object, wrap around it, carry it, and release it. (Video courtesy of the Bertoldi Lab/Harvard SEAS)

One advantage of the flexible shape is that it can adapt to objects unknown in the field. It is easy, if a little cronenbergian, to imagine a machine that patrols ahead of humans, its tentacles grabbing suspicious objects and clearing the path. Or, perhaps, the tentacled robot is sent in to clear unexploded ordnance after a battle, its strong gripping arms adaptable to a range of munitions and debris, and its robotic parts expendable in a way humans will never be.

Robots that already feature existing rigid grippers might someday incorporate such a soft tentacle. Attaching one to a bomb squad robot is a straightforward use case. More novel applications are robotic limbs that could instead mount on artillery pieces, automating part of the loading process, or that could slide onto a picatinny rail, letting infantry take advantage of more terrain as a stabilizing brace for a rifle.

That’s to say nothing of the possibilities such tentacles afford underwater robots, likely allowing almost silent attachment and detachment from vehicles.

Most anything that a hand can do, a soft robotic tentacle could do, and in the profession of arms, that’s a vast array of possibilities.

Watch a video of the robotic gripped in action below: