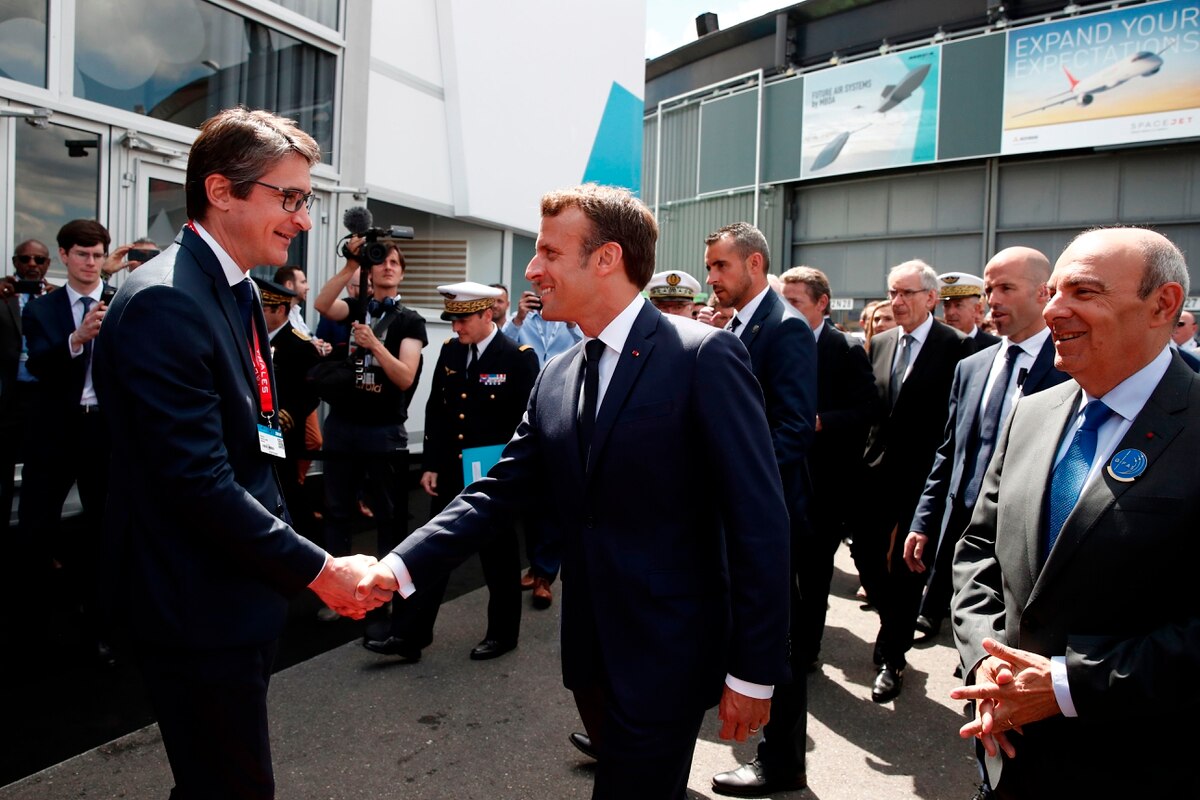 PARIS – France’s major defense companies are looking back at a strong 2019, thanks to a combination of exceptional contracts and the country’s overall healthy economy, executives said this week.

In the naval sector, Naval Group’s orders shot up 44 percent to €5.3 billion ($5.8 billion) in 2019, taking the company’s order book to a total of €15.1 billion ($16.6 billion). Of this, 38 percent is for the export market and 62 percent is for France. Roughly three quarters of the business were in the shipbuilding sector, with almost one quarter in services.

These figures do not include the whole of the contract to build 12 submarines for Australia, “as this income will be shown as it is paid, tranche by tranche,” explained outgoing CEO Hervé Guillou.

Guillou, who will be replaced as CEO in March by Pierre-Eric Pommellet, said his successor had four main challenges for the future: delivering the Suffren submarine; accelerating production in the face of Chinese competition; consolidating the group’s international presence; and developing the workforce.

In the land sector, revenues for Arquus, the French company which is the defense arm of Sweden’s Volvo Group, rocketed 72.5 percent between 2017 and 2019. CEO Emmanuel Levacher said he was not allowed to give revenue and sales figures for Arquus, whose revenues are included in the Volvo “Group functions and other” column. However, those data show net sales for 2019 were SEK8.8 billion ($911.4 million), which means they are likely around the $660 million mark.

Levacher was all smiles announcing “a very great year” that was “exceptionally rich,” remarking that “this is remarkable growth for an industrial company.” He said he expected the company to grow a further 10 percent in 2020. Exports accounted for 42 percent of the revenue.

Levacher was able to put a figure on contracts signed in 2019: €1.2 billion ($1.3 billion) “mostly in Africa,” but also a tranche of €214 million ($235 million) in the framework of the CaMo contract with Belgium for 382 Griffon multirole armored vehicles and 60 Jaguar armored reconnaissance and combat vehicles to be delivered between 2025 and 2030.

Levacher said contracts were also signed for “a few dozen” Sherpa and Dagger vehicles for the Middle East.

He was optimistic for the future, remarking that “all of the French army’s military trucks, whether they be 4×4s, 6×6s, 8×8s all need to be changed in the next five years.” He said the company had developed a specific truck to meet these needs as the call for tender will be published before the end of this year.

In the defense-electronics sector, Thales’s CEO Patrice Cain also described 2019 as “a good year in which we progressed.” Its EBIT rose 19 percent to slightly over €2 billion ($2.2 billion), “the first time we’ve gone over the symbolic bar of €2 billion,” he said. Defense accounts for 40 percent of the group’s revenues. Order intakes in the defense and security sector rose a record 17 percent to €9.9 billion ($11 billion) while sales rose 6.4 percent, “a little higher than anticipated,” according to CFO Pascal Bouchiat, to €8.3 billion ($9 billion). These include Thales and Babcock winning the bid for the T31 frigate in the UK against BAE Systems.

Bouchiat noted that “several multi-year contracts” had been signed “underpinning long-term growth” for the group.

Finally, in the military-aircraft sector, Dassault Aviation recorded an order intake of €3.3 billion (against €2.7 billion in 2018), the bulk of which (€2.6 billion) was for France and includes the integrated support contract for the French Rafale over the next 10 years and an additional order for supplemental development and integration work concerning communications for the F4 standard of the aircraft.

Net sales shot up 44 percent to €7.3 billion due to the record number of 26 Rafales delivered in 2019. CEO Eric Trappier said that in 2020 Dassault expected to deliver 13 Rafales and he saw a tendency of governmental authorities to buying the company’s Falcon business jet for surveillance and reconnaissance missions.

Trappier said that in 2020 the company would continue to try and export the Rafale and was notably working on the Finnish and Swiss fighter competitions. Both countries are expected to make their decisions in 2021.