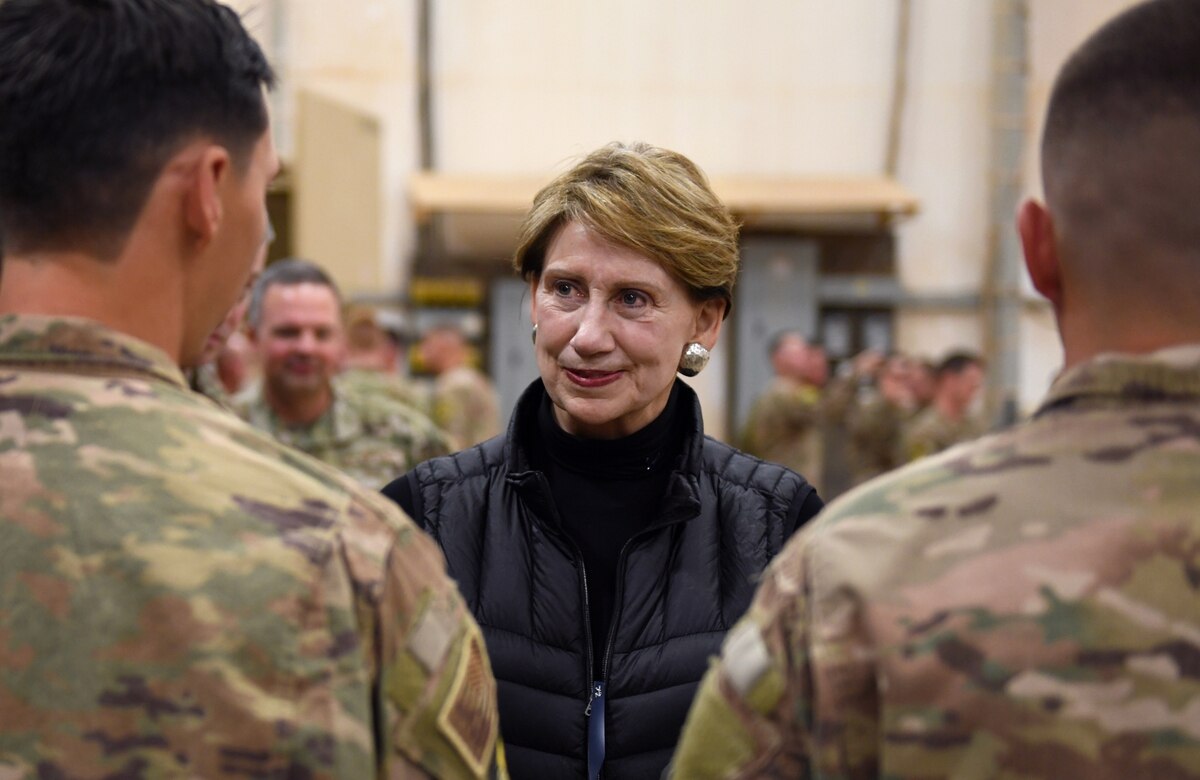 ORLANDO, Fla. — Air Force Secretary Barbara Barrett is coming into the service at a unique time, as the civilian leader of both the Air Force and the fledgling Space Force, which was established late last year. Turning that new service into a fully-formed organization is a major priority for Barrett, and one with no real blueprint to follow.

But some of her goals, like keeping critical modernization programs on track or improving the lives of Air Force spouses and children, may seem a bit familiar.

After announcing her priorities Thursday at the Air Force Association’s air warfare symposium, Barrett sat down with Defense News for a quick chat about where she would like to go with each of her goals:

Standing up the Space Force:

Heaven knows we’ve dived in. The stand up of the Space Force was an instant thing. As of the 20th of December, 16,000 airmen were assigned to that duty and the chief of space operations was wearing a new hat. Not an unfamiliar hat, but a new hat for a whole new service.

There had been great planning. Groundwork had been laid while continuing the mission, with total focus on the mission.

Space is so technology dependent, and technology doesn’t wait. How do we ensure that we have acquisition processes to keep up with the technology? We are conscious that adversaries are moving very quickly and they are not encumbered by the acquisition rules and policies to slow them down the way we do.

Modernizing Air Force technologies (and how its people think about technology):

To some extent [in the budget], we’re trading short term titanium for long term electrons. We still need titanium, but it’s also about electrons. That’s a transformation of mindset. We’ve got to modernize. It’s cyber and it’s space but it’s still air-breathing air and it’s still soldiers on the ground and sailors and submariners. Modernizing is all about being connected, being able to have instant access to usable information.

On the human side, we’re rethinking lots of things. My predecessor, Heather Wilson, had started looking at development techniques. We’re implementing those — taking a look at how do we offer broader promotional opportunities? How do we recruit the best and the brightest?

It’s having the United States Department of the Air Force — whether it’s the space or air side — be a great place to work, have it be a very fulfilling career. It’s axiomatic that you recruit the individual, you retain the family. Strong families are not something we can take for granted.

Airmen, historically, have had spouses that have careers. We move them often, and if they are licensed for some occupation in one state and in the new state they move to, they have to get a new license and that takes time or is very expensive, it makes it uninviting to be part of the United States Air Force.

So we’re working with governors and legislators to have the laws enacted, to have some portability, some reciprocity of occupational licensing.

Maybe it’s a reflection of my own diplomatic background at the United Nations and serving as ambassador, working with other countries around the world, but I think if it’s a world against us, we lose. We can only be successful if we work with our allies and partners around the world. We want to be partner of choice. We want to be the country that other countries look up to and respect and want to partner with.

So how do we drill down on that a bit? I’ve had a lot of work with key ambassadors in other countries. Through my background I’ve met with kings and presidents and prime ministers and military leaders from dozens of countries. Using those resources and connections and longstanding friendships to work to build relationships in our mutual interests [is something I’d like to do].