Flexibility On The Fly: Joint Strike Missile Has Abilities That Give Pilots The Upper Hand 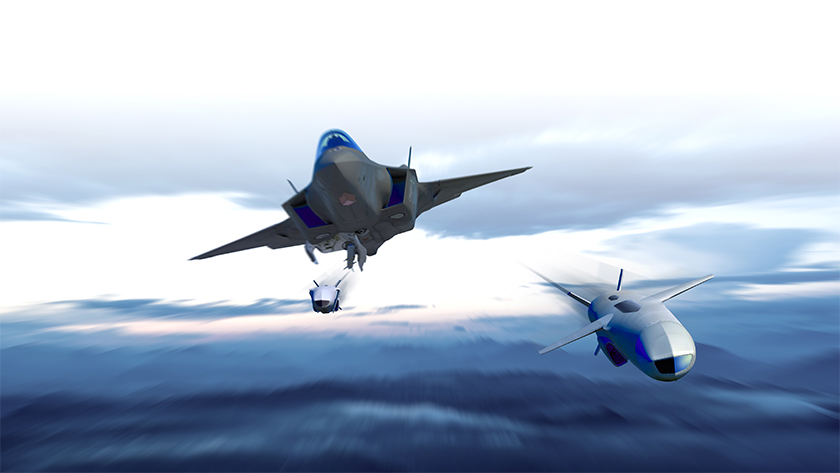 Raytheon is working with Norway’s Kongsberg Defence & Aerospace to build a long-distance aerial weapon with a standoff range of more than 150 miles, meant to keep pilots and their aircraft out of harm’s way.

The Joint Strike Missile travels at low altitudes and high subsonic speeds, and can rapidly change course to strike threats on land or at sea. Development of JSM comes as China begins to roll out missiles with greater speed, agility and punch.

“As a former fighter pilot, I can tell you that the ability to hit your adversary before being seen, before you’re exposed to the threat, is an incredible tactical advantage,” said Kurt Neubauer, a retired U.S. Air Force major general and now, a business development lead for Raytheon Air Warfare Systems.

Some of the modernized technology wired into the JSM includes an infrared seeker to detect threats on its own, ability to fly low under the radar, and a navigation system that can change course in flight to avoid the enemy. Because decisions in the thick of battle are waged in seconds, not minutes, the JSM’s two-way data link offers pilots flexibility to alter or scrap a mission.

The JSM is the only fifth-generation cruise missile designed to be carried internally by the F-35 Joint Strike Fighter. It’s adaptable to multiple platforms and can be fitted externally on legacy aircraft.

Raytheon tapped its 50-year partnership with Kongsberg Gruppen to deliver the JSM, an evolution of the Naval Strike Missile originally developed for Norway’s Navy. The NSM is a long-range, precision strike weapon that seeks and destroys enemy ships at distances greater than 100 nautical miles.

In 2018, Raytheon was awarded a U.S. Navy contract to manufacture and deliver NSM for over-the-horizon defense of littoral combat ships and future frigates. NSM launcher and missile production takes place at the company’s factory in Louisville, Kentucky, with final assembly and testing being performed at its Tucson, Arizona, facility.

The JSM partnership, struck in 2014, could save the U.S. a decade of development work. This approach aligns with the National Defense Strategy, which calls for mutually beneficial partnerships to provide a strategic advantage over competitors.

Norway’s Ministry of Defence successfully test-fired a live JSM from an F-16 Fighting Falcon in 2018. Operational testing will continue on the system in 2020.

Raytheon and Kongsberg expect to reach initial operating capability — the final stage of development — and deliver JSM to the Royal Norwegian Air Force in 2023.