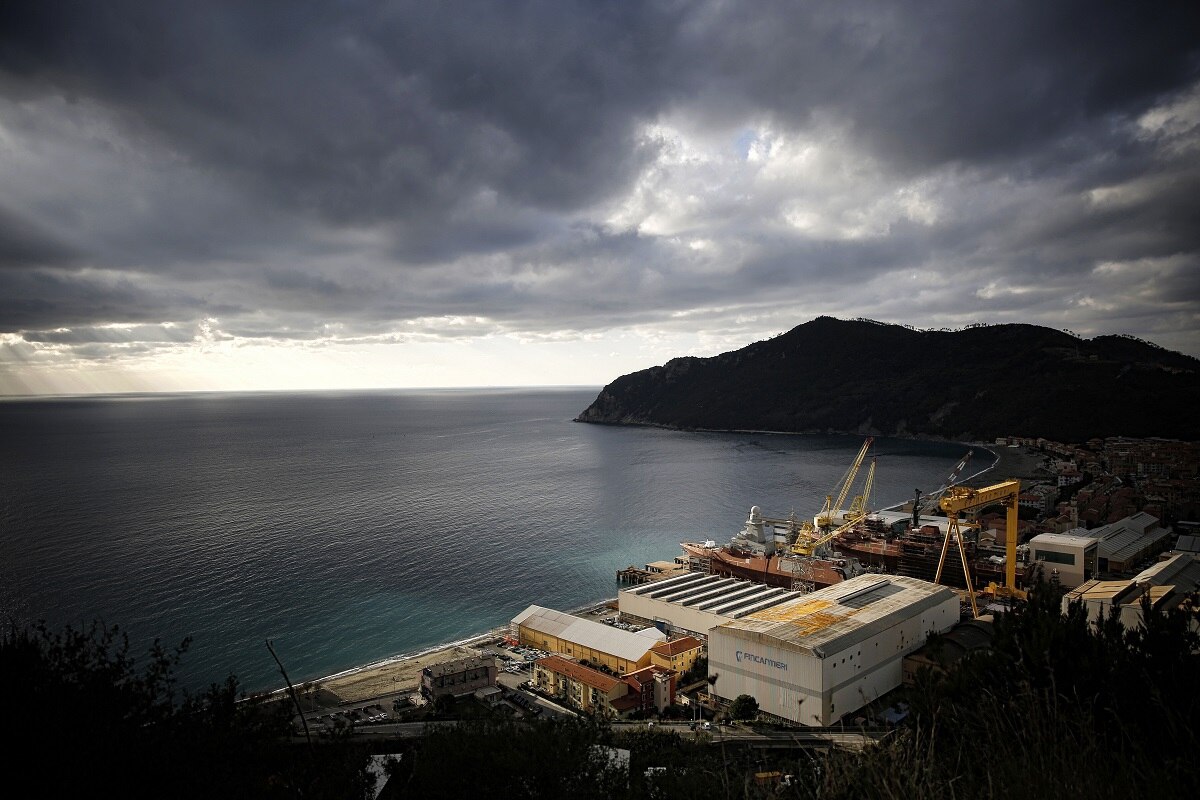 The announcement on Friday came as Italian authorities reported Italy’s death toll from the virus had reached 1,266, while the total number of cases reached 17,660. This week, the Italian government placed the entire country under lockdown, restricting travel unless for work reasons and shutting down most shops as it attempts to slow the spread of the virus.

Fincantieri said that following a request from unions, it would suspend production in Italy from March 16 to March 29.

Fincantieri tried to reduce its exposure to the virus through teleworking and halting of business travel by staff.

Italy’s other major defense company, Leonardo, said this week it could not rule out the “temporary, partial and targeted suspension of operations of certain departments within production sites.”

The firm also said marketing campaigns, supply chains, production and delivery times would likely be affected by the crisis. Leonardo expects to give an up update on impact of the virus on its financial performance soon. It reported revenue of 13.8 billion euros in 2019, up 12.6 percent year over year, thanks to healthy performance by its defense electronics and security and aeronautics divisions.

In response to the global coronavirus pandemic, the Pentagon is imposing new travel restrictions on employees, including service members and their families. The limits will start Monday, the Department of Defense announced Friday night.

The department is also suspending official and unofficial visits, Pentagon tours and all large gatherings. Exceptions will be considered on a case-by-case basis until further notice, according to officials.

All domestic travel will be stopped as of next week. This includes domestic travel, permanent change of station and temporary duty. Civilian hiring at Department of Defense installations will also be halted.

The directive applies to service members, Department of Defense civilians and their families assigned to Defense Department installations, facilities and surrounding areas within the United States and its territories, according to Friday night’s statement.

It will remain in effect through May 11.

Travel exceptions could be granted for “compelling cases,” such as humanitarian reasons or extreme hardship, according to the Pentagon.

Additionally, any Defense Department employee, service member, contractor or official visitor who recently traveled internationally cannot enter Pentagon facilities within two weeks from the date of their arrival to the United States, the department said. Access will only be given after the 15th day and if that person does not have coronavirus symptoms.

Spain said on Friday that it would formally declare a state of emergency as the number of coronavirus cases in the country jumped to more than 4,200, with at least 120 deaths.

Prime Minister Pedro Sanchez said a special Cabinet meeting on Saturday would place the country in a “state of alert,” the first of three stages of a state of emergency, according to Reuters.

“The government of Spain will protect all its citizens and will guarantee the right life conditions to slow the pandemic with as little inconvenience as possible,” Sanchez said.

The state of emergency will last at least 15 days and give the government wide-ranging powers, including the ability to confine people and order evacuations, Reuters reported. The military will also be mobilized, Sanchez said.

The number of cases and deaths in Spain make it the second-worst outbreak in Europe after Italy.

Schools and other public spaces have already been closed across Spain.

The Madrid region will also close restaurants, bars, and most shops — except for supermarkets and pharmacies — starting Saturday, Reuters reported, citing Spanish media.

The UK Foreign Office on Friday advised citizens against traveling to Madrid and the surrounding regions.