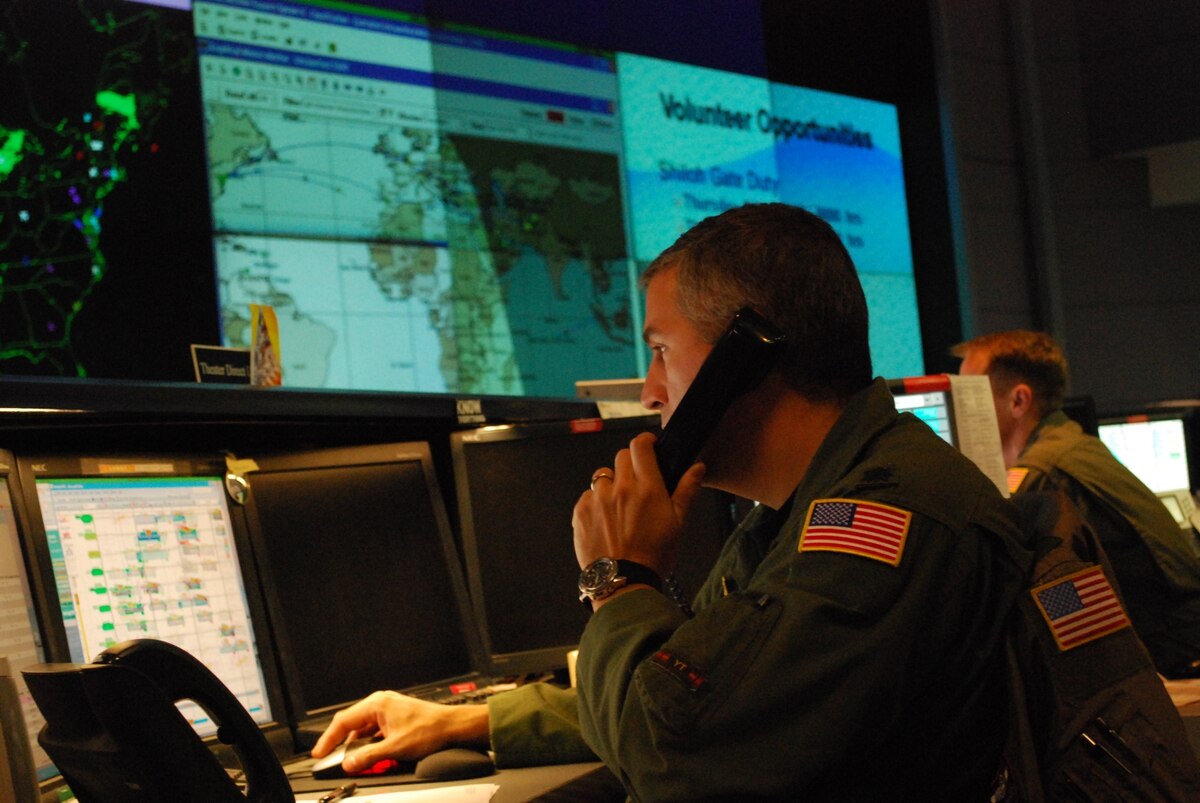 The Air Force is creating a new operations center that focuses on information warfare, a move designed to synchronize the operations of 178 units worldwide.

Since the Air Force created its first information warfare organization last fall and combined a series of information related capabilities under a single commander, the organization has been working to properly fuse these new abilities.

These capabilities include cyber, electronic warfare, intelligence, surveillance and reconnaissance and weather.

Haugh, 16th Air Force’s commander, refers to the operations center as the glue that pulls all the capabilities within the organization together.

Essentially, Weaver said, the center will provide a cleaner process for operational planning by taking in information from a variety of units and organizations and provide better options for commanders.

However, as the operations center continues to be built, Weaver explained that the Air Force will have to be flexible to adjust to a dynamic environment. One of the major challenges will be tracking units with unique capabilities and providing solutions to problems.

The center will also have to determine how to deconflict forces.

“That’s part of the operational art we’ll have to develop. Many of the ISR groups have close relationships with the components and ultimately the joint force commanders,” Weaver said. “As we work problems that cross combatant commands, or whether it be Russia or even China in some cases where it crosses combatant commands, we will have a role in deconfliction. I think the art of that is not yet quite determined.”

What is the Information Warfare Cell?

Col. David Stone, director of the information warfare cell, explained that the impetus for creating the cell was to act as a catalyst in applying the capabilities of previously separate organizations.

“As a new entity we can start thinking differently right away,” he told C4ISRNET. “We’re relying on the operations center to help expose some of the capabilities that can be applied and so we’ll use the formal command and control mechanisms that the [operations center] pulls to maintain an awareness of operations that are occurring and how those represent opportunities for us without so much tasking, because the IW cell will not task.”

However, as 16th Air Force and its subordinate units mature, there will be questions regarding how entities change, evolve and work together.

“One of the questions that we’ll wrestle with as we look at that fully operational capability of the command [16th Air Force] is how to distinguish a continuing role of an Information Warfare Cell versus a role of a fully matured 616th Operations Center,” Stone said.

On the intelligence front, he said this spans not only the platforms, but disciplines such as human intelligence and signals intelligence as well as targeting, target development and analysis.

“They’re a key player in the operational planning group and they help develop the way ahead, which will become task orders issued by the OC,” he said. “As they mature and as the OC stand up moves forward, the IW cell and the OPG — the ops planning group — will propose those outcomes and conduct planning and then we go back to the glue … the glue will be the 616 OC that kind of operationalized convergence for the” information warfare numbered Air Force.

While many of the capabilities and units will exist and conduct operations at the tactical level, Stone said the cell will solve strategic problems such as countering disinformation to address foreign interference and malign influence.

“The problem sets and concerns are more strategic and the solutions for execution or recommended executions are more tactical,” he said.

The operations center, on the other hand, will be mostly an operational level entity.

The need for flexibility

Given the dynamic space of the information domain, the operations center will have to be flexible to adjust to changing circumstances.

“As we work through the convergence model, I think there will be an organizational realignment for the OC. We’re very tied to the AOC structure right now and I’m not sure as we mature and get closer to [full operational capability] that that will be the model that we take down the road,” Weaver said. “I think we’ll develop some kind of problem centric approach, cross functional teams, I’m not sure at this point.”

He added the Air Force expects to be fully operationally capable by spring 2021.

“We definitely will have to have some wiggle room or some flexibility to work problems as they arise,” he said.

Weaver explained that there will also need to be some operational art in terms of helping the Air Force and 16th Air Force project power in the information space.

“By working those multidomain operations and converging on problems identified by air components on behalf of combatant commanders, and/or both, we think that we will be able to provide capabilities, options and even maybe expose malign actors influence across the globe as we work,” he said.