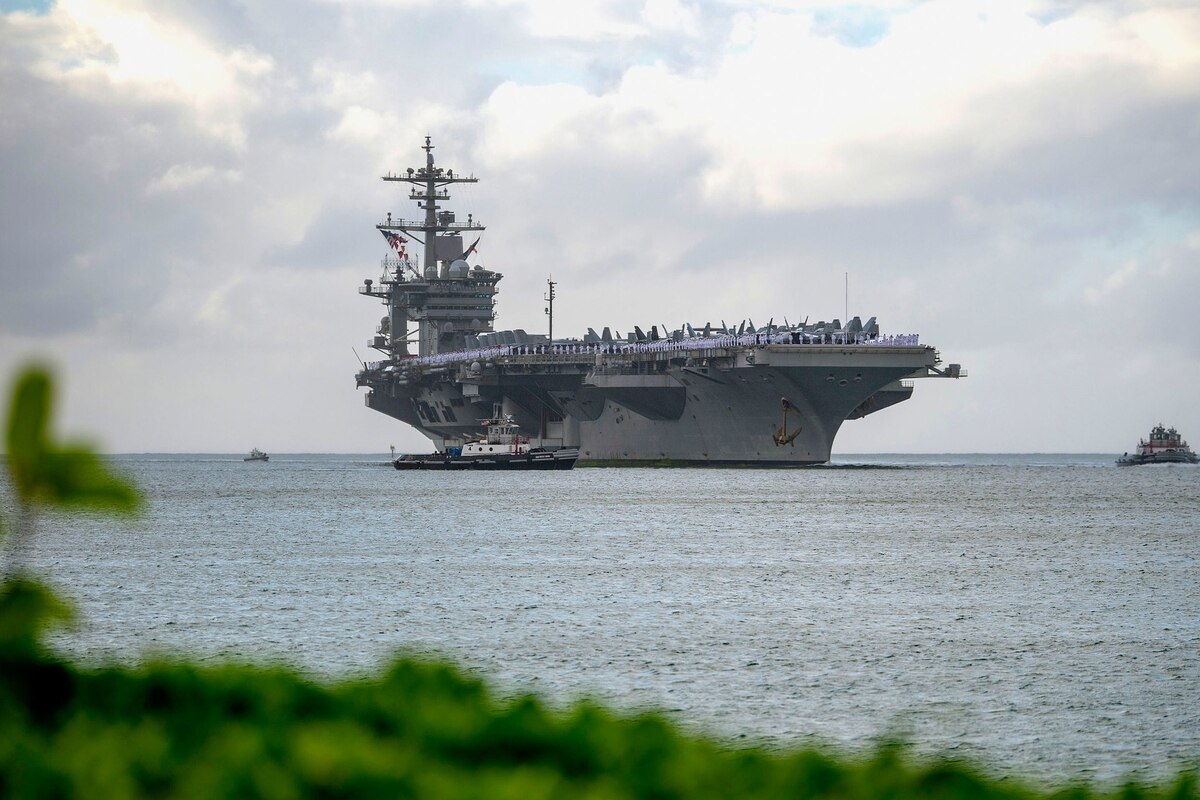 The Navy plans to test next year whether it can push new software — not just patches but new algorithms and battle-management aids — to its fleet without the assistance of in-person installation teams.

Navy officials plan to send the first upgrades to the aircraft carrier Abraham Lincoln’s C4I systems for a test in early 2021, officials said during a March 3 media roundtable at the West 2020 trade show in San Diego.

Today, Navy teams frequently deliver security patches to ships, but that process does not allow for new capabilities. The reason is because service officials fear that one change to the ship’s software could have unintended consequences, creating a cascading effect and inadvertently breaking other parts of the system.

But in recent years, Navy officials have embraced the idea of digital twins, which are cloud-based replicas of the software running on a ship’s systems. This setup allows Navy engineers to experiment with how new code will react with the existing system. It also helps software developers work on the same baseline and avoid redundancies. Ultimately, the setup offers Navy officials a higher degree of confidence that the software they’re uploading will work without any surprises.

The Navy completed its first digital twin, the Lincoln, in fall 2019 and has started building a digital twin of the aircraft carrier Theodore Roosevelt. Eventually Navy leaders expect to complete a digital twin of all the service’s ships. However, only those in the fleet that have already been upgraded to a certain version of the Navy’s tactical afloat network, known as the Consolidate Afloat Networks and Enterprise Services program, or CANES, would be eligible for the over-the-air updates.

“In the Information Warfare community, software is a weapon,” Rear Adm. Kathleen M. Creighton, the Navy’s cybersecurity division director in the Office of the Deputy Chief of Naval Operations for Information Warfare, told C4ISRNET in a March 17 statement. “If we were to ask a warfighter if it would be valuable to conceptualize, order and receive additional kinetic capability at sea, of course the answer would be yes. The same is true of software.

“In an ever-dynamic warfighting environment, the ability to improve, add to, or build new capabilities quickly has extraordinary value. We believe our sailors on the front line are the best positioned to tell us what they need to win. That is what we are trying to accomplish. Put the warfighter’s perspective at the center of the software we deliver and do it iteratively at speed.”

In this case, think of a capability update for a ship much like downloading a new app on a smartphone. Today, some ships in the fleet can receive security updates for applications they’ve already downloaded, but they cannot download new applications. Navy officials expect that to change. The new capability would arrive as an automatic, over-the-air update or come pierside, but would not require an installation team as is the case today.

“Anytime there’s a new capability or a new change, we’re just going to do it the same way that you get that done on your smartphone,” said Delores Washburn, chief engineer at the Naval Information Warfare Center Pacific, which is leading the change. “What we will be able to [do] now is do a rapid update to the ships.”

Navy engineers hope to be able to push the updates as quickly as war fighters need them. “We’re going to try to go slowly here because, again, we’re having to tackle simultaneously cultural, technical and operational problems,” said Robert Parker, the deputy program executive officer for command, control, communications, computers and intelligence.

The Navy plans to test this new arrangement by installing a set of software, performing an update and then fairly quickly pushing that update to the ship.