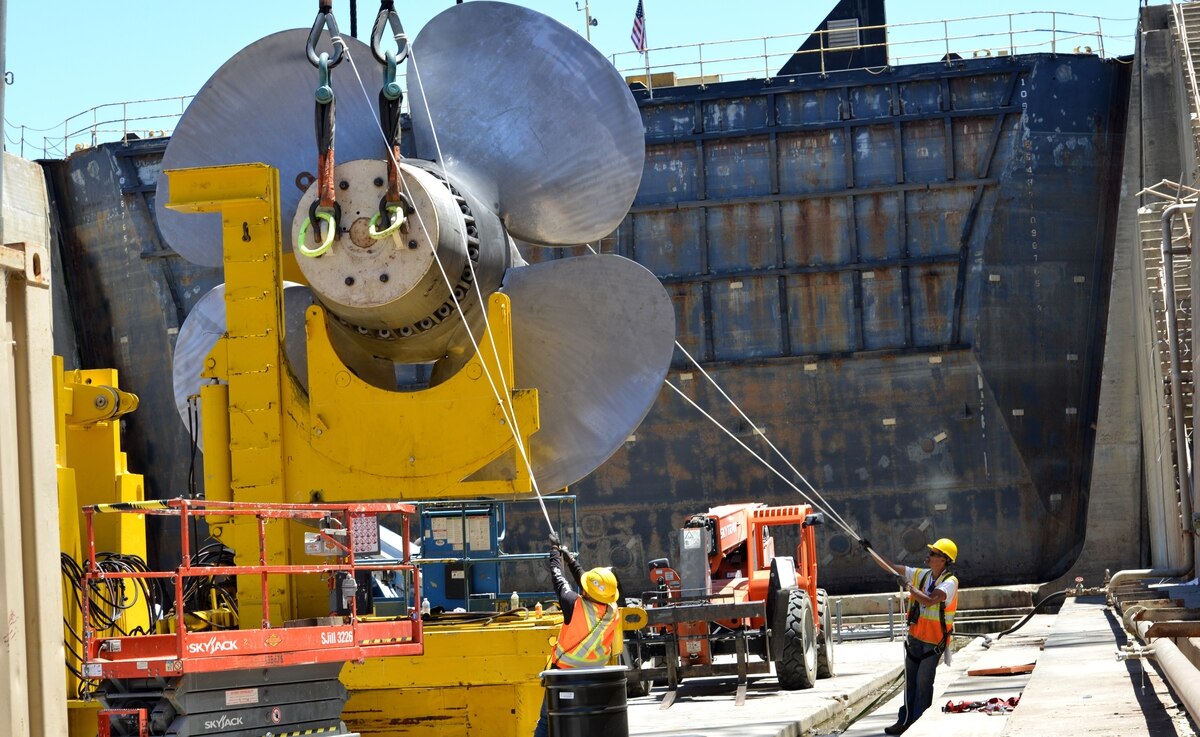 WASHINGTON — The U.S. Defense Department has declared that defense contractors are “critical infrastructure” to national security, a designation that comes with an expectation to maintain a consistent, normal work schedule amid the outbreak of the new coronavirus, COVID-19.

In a Friday memo to industry, Undersecretary of Defense for Acquisition and Sustainment Ellen Lord made it clear that she wants defense companies to continue to deliver their products and services to the Pentagon on time.

“If you work in a critical infrastructure industry, as designated by the Department of Homeland Security, you have a special responsibility to maintain your normal work schedule,” Lord wrote. “We need your support and dedication in these trying times to ensure the security of this Nation. I understand that this national emergency presents a challenge and we are dedicated to working closely with you to ensure the safety of the workforce and accomplishments of the national security mission.”

Lord also spelled out large swaths of the industrial base for which this order applies, including the aerospace sector; mechanical and software engineers; manufacturing/production workers; IT support; security staff; security personnel; intelligence support; aircraft and weapon systems mechanics and maintainers; suppliers of medical suppliers and pharmaceuticals; and critical transportation.

By designating the defense industry in such a way, companies involved may be able to get around state-directed shutdowns such as the one in New York right now. Similarly designated workers include, among many others, law enforcement, health care providers, water and power authorities, and IT support for emergency services — all of whom are still on duty in the current crisis.

In the memo, Lord noted, companies involved should “follow guidelines from the Centers for Disease Control and Prevention as well as State and local government officials regarding strategies to limit disease spread.” Some companies have instituted work-from-home policies where applicable, although in cases such as production of defense equipment or work in secure facilities, that option appears unrealistic.

Things may not be as cut and dry as Lord’s memo makes it seem, warned Jeff Bialos, a partner with the Eversheds-Sutherland law firm and former deputy under secretary of defense for industrial affairs.

He notes that Lord’s memo is based on guidance, put out the day before by the Department of Homeland Security, which does not carry with it the force of law to override decisions on work stoppage that may come from a state.

“These are guidelines only. They do not have the force of effect of law,” Bialos warned.

“Thee’s no slam dunk here. Everyone is struggling with these issues. And I think what this memo does is put another arrow in the quiver of a company that wants to keep doing business to meet defense needs. And it also is a document companies can provide to localities and states, and say ‘please give us an exemption.’”

Jerry McGinn, a longtime official at the department’s Office of Manufacturing and Industrial Base Policy, said the move was the right one to make.

“You’re essentially trying to keep that workforce engaged and supporting that customer. This is trying to give DoD organizations flexibility to reduce contract disruptions, stop-work orders, and other actions that could impact the contractor workforce” said McGinn, now executive director of the Center for Government Contracting at George Mason University.

“And that in general is a good thing. It’s not something you want to do for six months, because then you might have trouble monitoring performance, but for this critical time it seems like a reasonable kind of thing to do.”