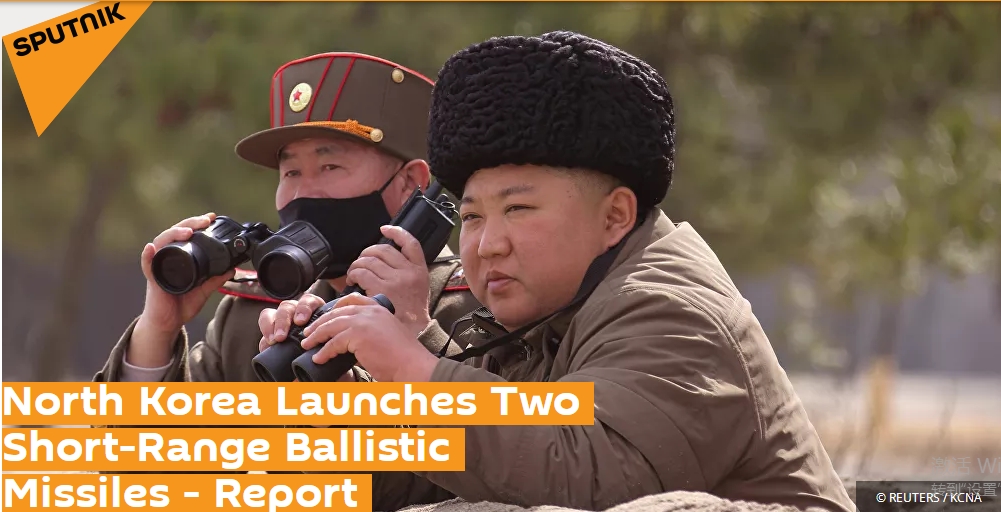 This is the third time the DPRK has launched missiles recently, following the launch of three unidentified projectiles into the Sea of Japan on 9 March.

According to the military, today’s missiles were launched from the North Pyongan Province.

“This morning, the [South] Korean military captured two projectiles [believed] to be short-range ballistic missiles launched from the Pyongan North Island region over the East Sea”, the JCS said.

The military later said that the projectiles flew 410 kilometres reaching a 50-kilometre height.

The news comes after North Korea had conducted a series of military drills this month.

On 9 March, the DPRK fired three unidentified missiles into the sea of Japan, which the JCS said might have been a part of a military exercise, and they go against the inter-Korean military deal. The projectiles were launched from the eastern town of Sondok in North Korea’s South Hamgyong Province, according to the JCS.

The Japanese government suspects that the projectiles launched by Pyongyang on Monday were ballistic missiles, the Japanese Kyodo news agency said.

North Korean leader Kim Jong-un announced earlier in his New Year’s Day message that the DPRK would demonstrate a “new strategic weapon” in the near future, Yonhap said, which could possibly mean an advanced type of intercontinental ballistic missile (ICBM), or a submarine-launched ballistic missile (SLBM).

Kim also said Pyongyang would not implement the ban on nuclear testing until the United States offered some concessions in the nuclear negotiations between Washington and Pyongyang that have stalled for some time already.

Kim’s message came as the United States ignored the end-of-the-year deadline set by the North Korean leader to come up with a new proposal that would have lifted economic sanctions on the DPRK.