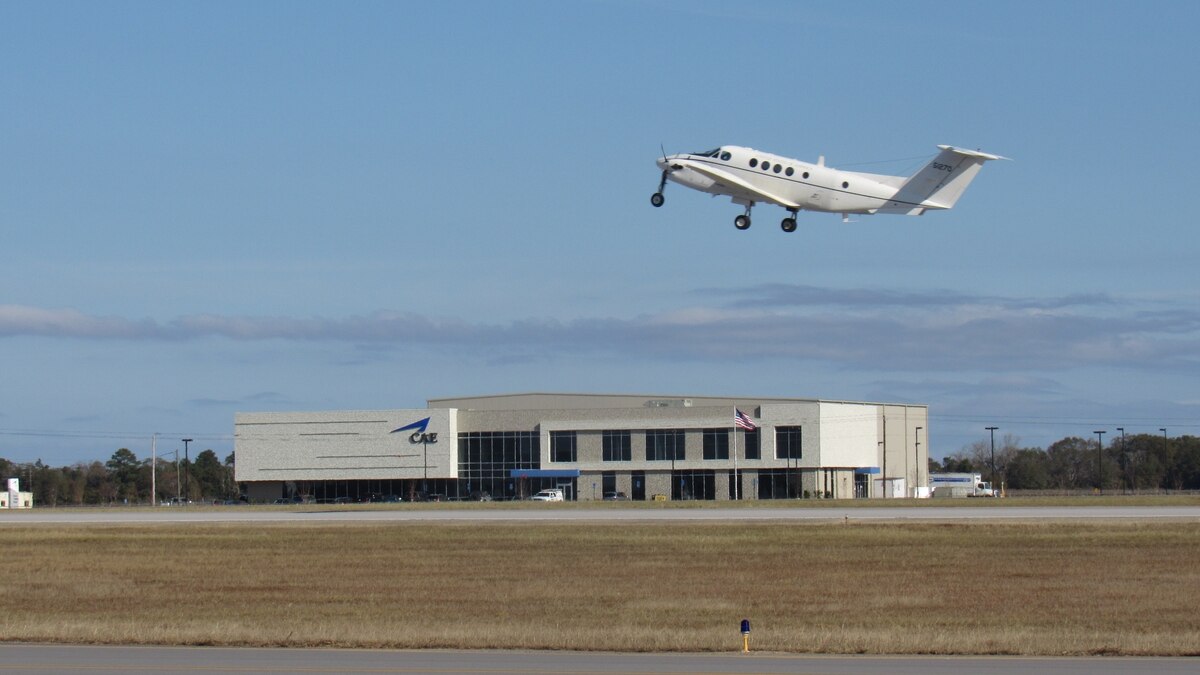 WASHINGTON — Defense companies with substantial exposure to commercial markets are taking dramatic measures to limit overhead and preserve cash, with one chief executive calling the new coronavirus pandemic “worse than anything we’ve seen.”

Among the companies that announced cost-cutting measures tied to losses or potential losses from the COVID-10 crisis, CAE pointed to temporary layoffs — starting first with almost 500 unionized employees, but with more inevitably to follow, CEO Marc Parent said during a webcast hosted by RBC Capital Markets.

Parent and his executive team are taking salary cuts of 50 percent, with vice presidents taking cuts of 30 percent, managers and directors 20 percent, and all others 10 percent. The company is also taking capital expenditures as well as research and development investment to the bare minimum.

In terms of business disruption, “this is worse than anything we’ve seen,” including 9/11, he added.

GE Aviation, which already announced a hiring freeze, the cancellation of salaried merit increases and a reduction of nonessential spending, will cut about 10 percent of its U.S. workforce. CEO David Joyce will give up half of his salary starting April 1. The division also pointed to temporary lack of work impacting about 50 percent of its U.S. maintenance, repair and overhaul employees for 90 days.

Meanwhile, Airbus is looking to investor incentives to gain some cash, canceling one planned dividend payment and another proposed 2019 dividend payment of 1.80 euros (U.S. $1.90) per share to save the company 1.4 billion euros ($1.5 billion). It’s also lining up 15 billion euros in new credit to provide more cash to weather the crisis.

The defense portions of the businesses are also feeling the impact, though less substantial because of the structure of contracts that often extend to multiple years. For CAE, programs fall under long-term contracts, versus “per sip” agreements more typical of commercial customers where revenue is driven by utilization. The company’s CEO, Parent, also pointed to a $4 billion backlog in defense.

Still, base access restrictions and the natural limitations on movement of people has made both training and order fulfillment more difficult for the defense business.

“And the general preoccupation of the crisis has impact on the speed of procurement processes,” Parent said. “We don’t see obvious structural impact, but we can anticipate short-term friction.”

Boeing, with 66 percent of revenue coming from commercial and other nondefense markets, has seen a whopping 67 percent drop during that period.

Raytheon, despite being almost entirely focused on defense, saw a bigger drop than most pure-play companies of about 47 percent during the last month, likely due to the increased exposure to commercial that will come with its United Technologies merger.

But stock price can be a rather deceiving picture of impact on industry, particularly long term, warned Byron Callan of Capital Alpha Partners.

“A lot of these stocks are part of the S&P 500, where price movements have no relation to underlying fundamentals,” he said. “On the flip side, you could see rotation out of defense and into [those companies] that people think will recover. In other words, folks may be hiding out in defense stocks, but reallocate to markets that they figure are bound to recover eventually” — such as travel and leisure.

Looking at defense companies, “Raytheon has been the worst performing stock because they got tied into commercial aerospace through the merger,” Callan said, “but going forward that may be the most interesting [stock] of all because there will be a degree of balance.”

In other words, what’s true now on Wall Street could change considerably months from now. The same could be said about the long-term position of these companies, regardless of how grave the circumstances are today.

“The world will return to normal. All crises will come to an end,” Parent said, pointing to the advantage of supporting a highly regulated industry. “We have staying power and stamina to weather the storm, but we’re not taking anything for granted. … We want to be ready when we come out of this.”