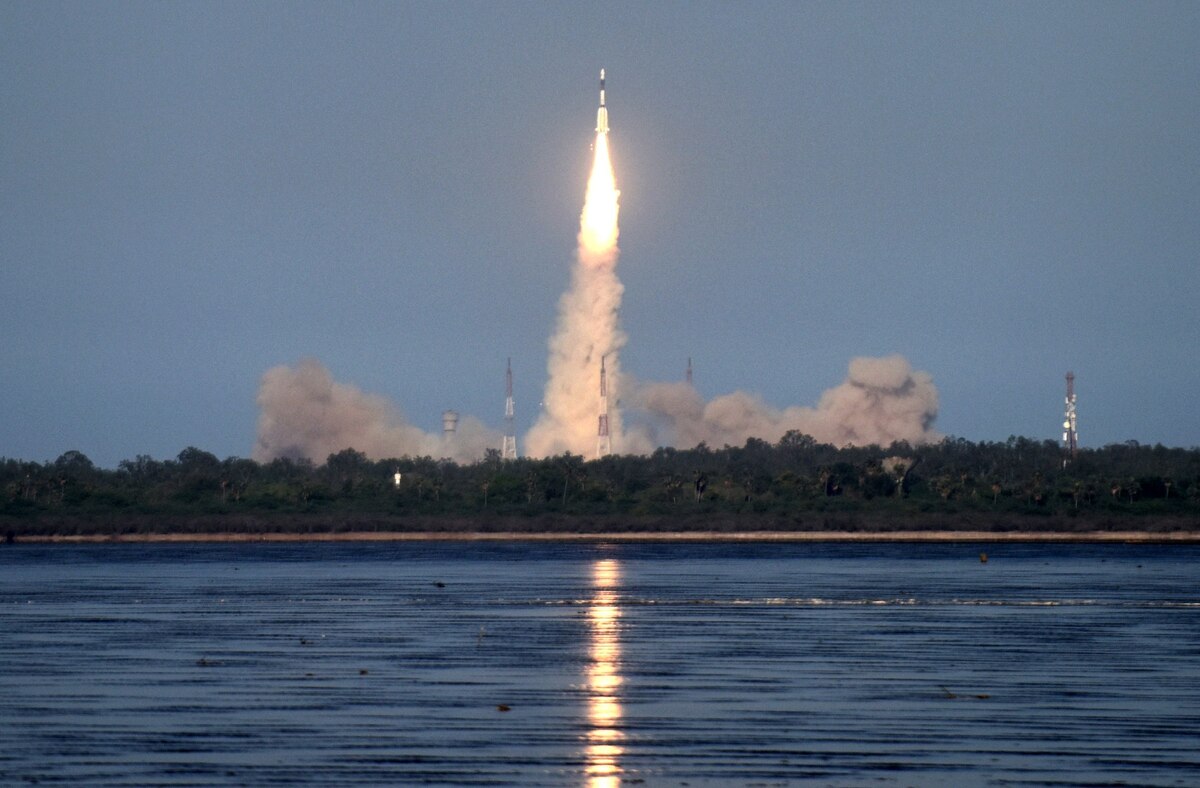 America’s four greatest adversaries are investing in systems that can take out satellites on orbit, including funding laser systems, nuclear power and satellites that shadow American space vehicles.

Russia, China, Iran and North Korea are each researching counterspace capabilities — kinetic or nonkinetic ways to taking out systems in space — according to the annual Global Counterspace Capabilities report, released by the Secure World Foundation.

Defense News was given an exclusive preview of the report, which will available later today and was edited by Brian Weeden and Victoria Samson.

For the first time, the report includes data on the space situational awareness (SSA) capabilities of countries — that is, the ability of nations to track what is moving in various orbits. Japan and India are two nations investing heavily in that area, according to the report, while Iran appears to lag behind.

“This is important because you can’t protect [against] what you can’t see,” said Samson, the organization’s Washington office director. “This doesn’t mean that developing an SSA capability is an indication of an offensive counterspace program, as there are many reasons why you would want that capability. But it is needed if you want to go offensive.”

She also highlighted the fact that in the last year, four of the countries with counterspace investments — India, Japan, France and the U.S. — have launched new military organizations specifically to deal with space-related issues, including a focus, at least in part, on counterspace efforts. In addition, the NATO alliance declared space an “operational domain” in December.

The vast majority of counterspace capabilities continue to reside with Russia, China and the United States, but other nations are funding programs as well. France, India, Japan, Iran and North Korea are all known to be at least investing some money in counterspace efforts, whether through ballistic missile programs or non-kinetic means such as cyberattacks.

The most prominent counterspace example of the last year came from India, which in March controversially launched a missile at one of its satellites, blowing it up and spewing shrapnel around low-earth orbit.

Know all the coolest acronyms

So is a counterspace arms race underway? The authors say no, at least in the context of the nuclear arms race where each country is trying to match the other capability for capability.

Instead, “this is about developing a range of offensive and defensive capabilities to go after an opponent’s space assets while protecting your own,” said Weeden, the organization’s director of program planning. “And I think that’s unfortunately inevitable because more and more countries are using space for military purposes. That drives increased interest in how to counter those uses.”

When Pentagon and White House officials talked about the need for a Space Force last year, leaders emphasized a growing threat in space.

“For all their posturing about who’s ‘weaponizing’ space, the big three are all working on a lot of the same technologies and doing a lot of the same things,” particularly rendezvous and proximity operations (RPO) where satellites can maneuver near another nation’s system, said Weeden.

The big three in this case are China, Russian and the United States.

China has run multiple maneuvers with its space-based systems that may be RPO-related, but it’s hard to know whether those capabilities are being developed for counterspace use as opposed to intelligence gathering, the report said.

When it comes to Chinese capabilities, Weeden said to focus on the ground-based anti-satellite weaponry — perhaps not a surprise, given China declared itself a player in counterspace technology by destroying one of its own satellites in 2007.

Beijing is investing in at least one, and perhaps as many as three, kinetic anti-satellite capabilities, “either as dedicated counterspace systems or as mid-course missile defense systems that could provide counterspace capabilities,” according to the report.

“It was robustly tested and appears to be operationally deployed,” Weeden said of those capabilities. “As long as the U.S. still relies on small numbers of very expensive satellites in LEO, I think it will prove to be a significant deterrent.”

Air Force leaders on space deterrence: ‘At some point, we’ve got to hit back’

The top two Air Force officials hinted at this year’s Space Symposium that the U.S military would take offensive actions in space if needed to deter an enemy.

While China often becomes the focus of public comments from Defense officials, Weeden said to keep an eye on Moscow, as he was “a bit shocked by the breadth of Russian counterspace programs. For all the concern and hype in the U.S. about China, Russia seems to be putting the most into counterspace.”

Those efforts include the Nudol, a ground-launched ballistic missile designed to be capable of intercepting targets in low-earth orbit; three different programs focused on RPO capabilities; the rebirth of an 1980s era program involving a large laser, to either dazzle or damage a satellite, carried about an IL-76MD-90A transport aircraft; a newly-discovered program called Ekipazh, which involves a nuclear reactor to power a large payload of on-orbit jammers; and what Weeden describes as a “massive” upgrade to SSA capabilities.

“All of that spells a very potent, more operationally-integrated, and more battle-tested package than what I’m seeing in China,” he warned. He added that he believes the public focus on China to be “part of the broader narrative the Trump administration is trying to push with China being the long-term threat they want to focus on. It also helps sell the narrative they’re trying to push on human spaceflight and exploration as well.”

As for the United States, the military has focused more on SSA and defensive counterspace capabilities, a trend Weeden says is due to America being the most reliant on space of the three countries, and hence must “protect its capabilities if it hopes to win a future conflict against Russia or China.” America’s SSA capabilities, in particular, remain well ahead of the rest of the world.

Which isn’t to say the U.S. is skipping out on counterspace investments either. America has a number of options for electronic warfare in space, including proven capabilities to jam enemy receivers within an area of operations; assets with RPO capabilities; and operational midcourse missile defense interceptors that have been demonstrated against low orbit satellites. In addition, there are plans to invest in prototyping directed energy capabilities for space.

In a testing procedure, the X-37B Orbital Test Vehicle taxis on the flightline March 30, 2010, at the Astrotech facility in Titusville, FLa. (Courtesy photo)

One capability to keep an eye on is the X-37B, a spaceplane program that has made five trips into orbit and back to earth. In total, the spacecrafts have spent 2,865 days on orbit cumulatively over its five missions, with its last trip consisting of 780 days in space — more than two years.

The Air Force has been secretive about X-37B missions, often talking broadly about it conducting experiments in space; analysts have long believed that the mission set has at least something to do with counterspace capabilities. That belief was only strengthened by what happened during its last trip during which researchers believe it was used to launch a trio of small cubesats which were not registered in international tracking databases.

“The secret deployment of multiple small satellites raises additional questions about the mission of the X-37B. It suggests that the X-37B may have a mission to serve as a covert satellite deployment platform. The secrecy surrounding both the X-37B and the deployment may indicate they are part of a covert intelligence program, but it may also indicate the testing of offensive technologies or capabilities,” the authors wrote in the report. “The failure to even catalog the deployed satellites, something that is done even for classified U.S. military and intelligence satellites, calls into question the trustworthiness of the public SSA data provided by the U.S. military.”

And that creates potential diplomatic issues, at a time that the need for open discussions about space capabilities across nations should be growing, warned Samson.

“The Russians and Chinese have always pointed at the secrecy surrounding the X-37B program as evidence of malevolent intentions by the United States,” she said. “The fact that the U.S. released objects from the X-37B and didn’t register them feeds absolutely into that narrative and causes ripple effects that harm other multilateral discussions on space security and stability.”