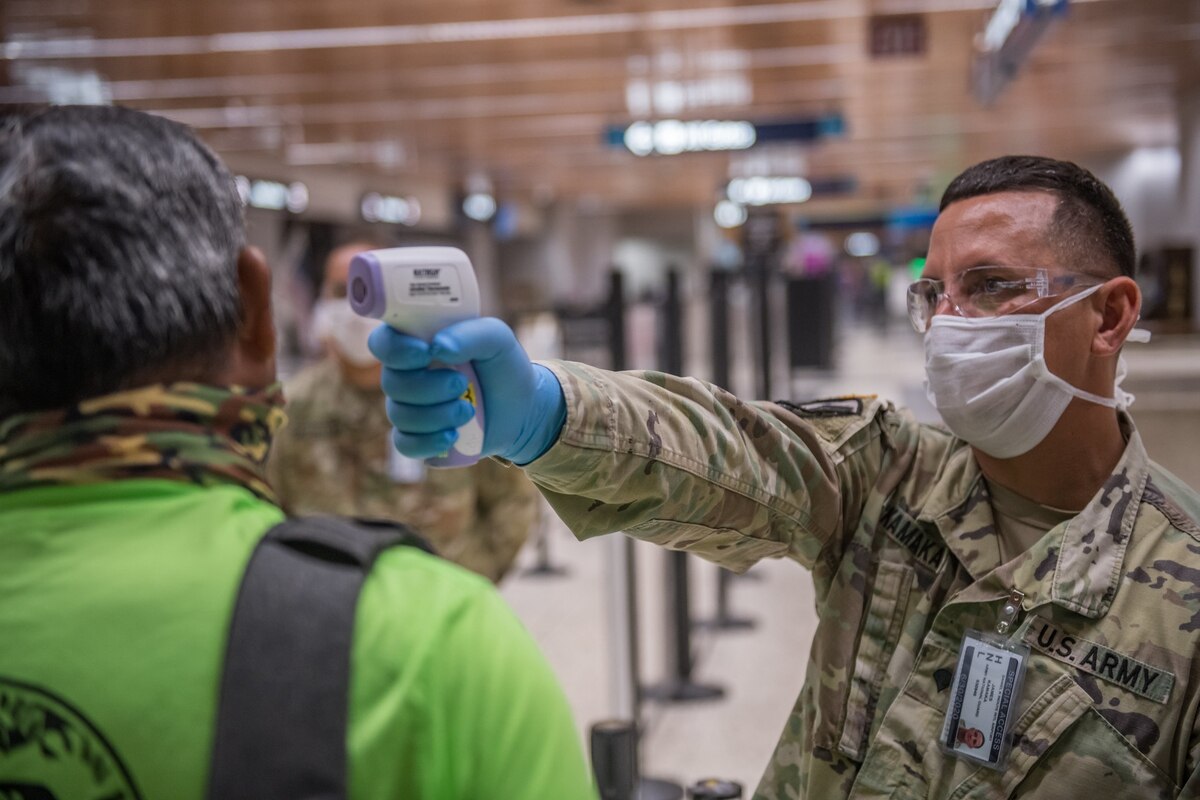 The Defense Department has ordered expanded coronavirus testing for select groups of service members considered the most essential to national security — and with that could come a spike in diagnoses among troops.

The latest data counts 3,725 confirmed COVID-19 cases among service members as of Thursday morning, up 147 from Wednesday. The jump represents the biggest so far this week, after several days of new positives in the range of 40-80.

The increase came the day after two senior Pentagon officials unveiled a tiered testing plan that aims to get 100 percent of troops tested by this summer. Up first are mobilized health care workers supporting pandemic response in New York and Los Angeles, as well as special operations units on alert for counter-terror missions and units tasked with employing and deterring the use of nuclear weapons.

At the same time, according to Deputy Defense Secretary David Norquist, the department is doing research with volunteers from the force and among recruits “to identify asymptomatic and pre-symptomatic prevalence of the infection.”

Senior leaders have estimated that anywhere between 50 and 70 percent of the military’s cases could be symptom-free, after testing aboard the aircraft carrier Theodore Roosevelt found that most of their COVID-19 positives felt fine.

With 99 percent of the carrier Roosevelt’s 4,800-sailor crew tested for the coronavirus, 777 have come back positive. That figure accounts for 57 percent of the Navy’s 1,366 cases, which is 66 percent more than the cases in the next most affected service.

“To those who wish us harm, make no mistake: even with the challenges that this disease has brought to our shores, the Department of Defense stands ready to meet any threat and defend our nation.”

The Army is reporting a total of 881 cases as of Thursday, following by the Air Force with 340 and the Marine Corps with 270. The National Guard, additionally, has had 734 airmen and soldiers with COVID-19.

While military cases have continued to grow, the hospitalization rate continues to be low ― about 2 percent ― and 30 percent of infected troops have recovered so far. With two deaths overall, the military’s fatality rate is statistically insignificant, compared with more then 5 percent among U.S. residents.

And though diagnoses among service members have increased, numbers have stabilized in the three other categories of personnel that the Pentagon tracks. Six civilians tested positive between Wednesday and Thursday, a slight uptick from 965 overall to 971. Of those, 76 have been hospitalized, 246 have recovered and 12 have died, for a 1 percent mortality rate.

Cases among dependents rose just over 1 percent in the same period, from 771 to 782, with 33 overall hospitalizations and 222 recoveries. With four deaths, the mortality rate among dependents so far is 0.5 percent.

And there were three new cases among contractors, from 420 to 423 for a 0.7-percent rise, with 61 hospitalizations and 107 recoveries so far. With seven deaths, that mortality rate is 1.7 percent.