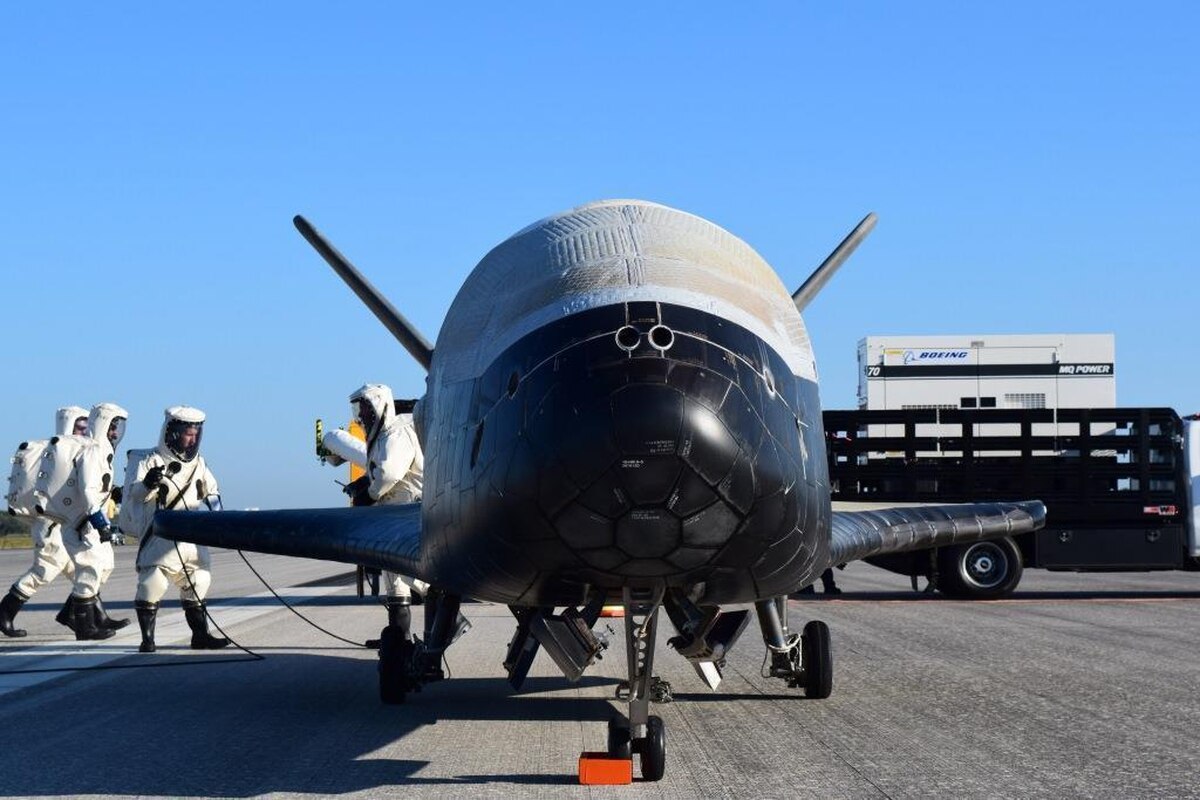 WASHINGTON — The enigmatic X-37B space plane is back in orbit after a Sunday morning launch aboard a United Launch Alliance Atlas V rocket.

After strong ground winds at Cape Canaveral Air Force Station in Florida caused the launch mission to be cancelled on Saturday, the Atlas V finally blasted off a day later at 9:14 am Eastern time.

The Boeing-made X-37B is an unmanned, reusable spacecraft that takes off vertically and lands horizontally on a runway. The Air Force, which own two X-37B vehicles, has historically been reticent to comment on the capabilities of the X-37B and what it does during its extended time in space, aside from hosting scientific experiments.

“We’ve learned a lot from the X-37,” Chief of Space Operations Gen. John Raymond told a small group of reporters ahead of the launch. “One of the things that we’ve learned is the value of reusability, and I think as a Space Force there’s a couple things that we’re really going to value and reusability is one of those and autonomy is another one.”

A live video stream of the launch showed the Atlas V lifting off into space and the separation of the rocket’s first stage from the Centaur upper stage. However, the livestream cut out afterwards due to the extreme secrecy surrounding the capabilities of the X-37B, said ULA chief executive officer Tory Bruno.

“It’s a classified mission, and what is classified about it as the details of the vehicle itself, the mission it will do on orbit and where it will do that,” he said. “Therefore we have to stop the live broadcast so that we do not make it easy for adversaries to figure those things out by having that much data about the flight and deployment.”

Sunday’s launch marked the start of the X-37B’s sixth mission, which will involve more experiments than any previous mission thanks to a new service module added to the aft of the vehicle.

Raymond called the module “a trailer … behind the truck that provides added capacity for experiments,” but didn’t want to elaborate on the size of the module or how the X-37 was modified to incorporate that upgrade.

Earlier this month, the Air Force disclosed a number of the experiments that will be conducted onboard, most notably one that will deliver solar power to the ground from space via radio frequency microwave energy.

Additionally, the spacecraft will also deploy the small satellite FalconSat-8, which was developed by the Air Force Academy and carries five experimental payloads. The X-37B will also host two National Aeronautics and Space Administration experiments that will study how seeds used for food products are impacted by the effects of radiation and the space environment.

This May 5, 2020, photo made available by the United States Space Force shows the X-37B Orbital Test Vehicle for the USSF at Cape Canaveral, Fla. (Boeing/USSF via AP)

In its last expedition, which ended in October, the X-37 spent a record-breaking 780 days on orbit, for a total of 2,865 days across all missions.

One question that has loomed over the X-37 is whether it has counterspace capabilities and could be used to test offensive technologies. Some space researchers believe that the vehicle was used to launch three cubesats that were not registered in international tracking databases.

“The secret deployment of multiple small satellites raises additional questions about the mission of the X-37B,” stated the annual Global Counterspace Capabilities report released by the Secure World Foundation in March.

“It suggests that the X-37B may have a mission to serve as a covert satellite deployment platform. The secrecy surrounding both the X-37B and the deployment may indicate they are part of a covert intelligence program, but it may also indicate the testing of offensive technologies or capabilities.”

The spacecraft also has some unique performance attributes with regards to maneuverability, according to former Air Force Secretary Heather Wilson. In July, Wilson said the X-37B “can do an orbit that looks like an egg and, when it’s close to the Earth, it’s close enough to the atmosphere to turn where it is.”

“Which means our adversaries don’t know — and that happens on the far side of the Earth from our adversaries — where it’s going to come up next. And we know that that drives them nuts. And I’m really glad about that,” she added, according to Military.com.

Saturday’s launch was the second-ever by the U.S. Space Force and the 80th under the National Security Space Launch effort. Space and Missiles Systems Center plans to launch seven other missions this year, it said in a news release.