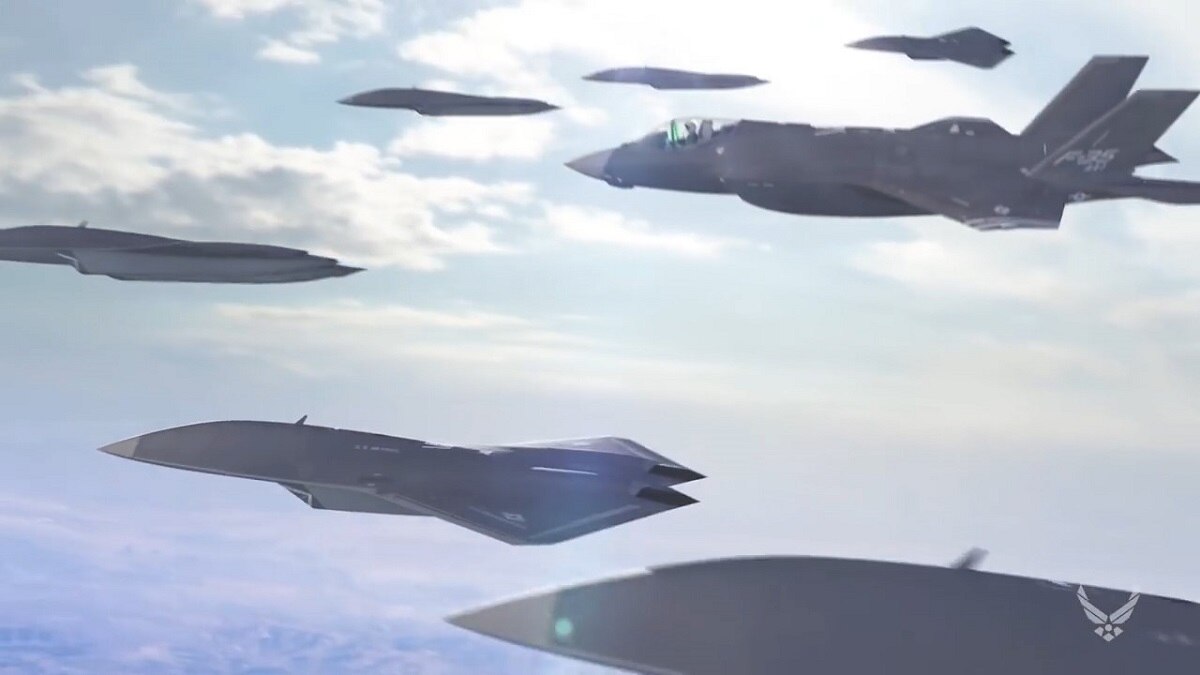 WASHINGTON — The U.S. Air Force has kicked off a competition for one of its most highly anticipated tech programs, a drone known as Skyborg that will use artificial intelligence to make decisions in battle.

The service released a solicitation May 15 for Skyborg prototypes, which will merge autonomous, low-cost aircraft with a suite of artificial intelligence capabilities.

The Air Force envisions Skyborg as a family of drones — each designed for a specific mission or set of missions — with modular hardware and software payloads and a common AI backbone, which will allow software to be rapidly updated across the fleet.

The Air Force intends to give multiple companies $400 million to develop different versions of the Skyborg system, although it reserves the right to award just one or no contracts. Proposals are due June 15, with awards projected around July 8, according to the solicitation.

Once under contract, companies will “conduct research to develop, demonstrate, integrate and transition air vehicle, payload and autonomy technologies and systems that will provide affordable, revolutionary capabilities to the warfighter through the Skyborg program,” the Air Force said.

The service previously intended to use experimentation and prototyping to have Skyborg operational by 2023.

Skyborg will be what the service calls an attritable system, meaning that aircraft loss is expected and can be tolerated even though the system is not considered expendable and can be reused.

Aircraft should “generate massed combat power with minimal logistical footprints,” with cost per unit and the price of operating and maintaining the air vehicles a “small fraction” for that of the Air Force’s existing fighter inventory, according to the solicitation.

Air Force acquisition executive Will Roper has compared Skyborg to R2-D2, the Star Wars droid that feeds Luke Skywalker helpful information while piloting an X-Wing. Skyborg would build up efficacy on its own via artificial intelligence by working with manned pilots, who would issue commands to the drone and provide feedback on the data presented by it.

Last year, Roper told Defense News that the service was exploring the possibility of teaming Skyborg both with the Lockheed Martin F-35 and the Boeing F-15EX aircraft. The ability to team manned fighter jets with smart, autonomous drones could “open up the door for an entirely different way to do aerial combat,” he said in May 2019.

“We can take risk with some systems to keep others safer,” he said at the time. “We can separate the sensor and the shooter. Right now they’re collocated on a single platform with a person in it. In the future, we can separate them out, put sensors ahead of shooters, put our manned systems behind the unmanned.”

Numerous aircraft companies are expected to bid on the Skyborg solicitation.

Kratos Defense and Security Solutions is already working with the Air Force on its XQ-58A Valkyrie drone, which logged its fourth successful flight test in January as part of the Low Cost Attritable Aircraft Technology program.

Earlier this month, Boeing rolled out its own loyal wingman drone, the Airpower Teaming System. The Royal Australian Air Force has committed to buy three of those systems for experimentation under its Loyal Wingman Advanced Development Program.

General Atomics and Lockheed Martin’s Skunk Works each plan to offer their own aircraft proposals, according to Air Force Magazine.

In fiscal 2021, the Air Force intends to spend $157.6 million across its three “vanguard programs,” which includes the Skyborg effort. The service also included an additional $25 million for Skyborg on its unfunded priorities list, which would allow it to begin integrating UAVs with artificial intelligence software.