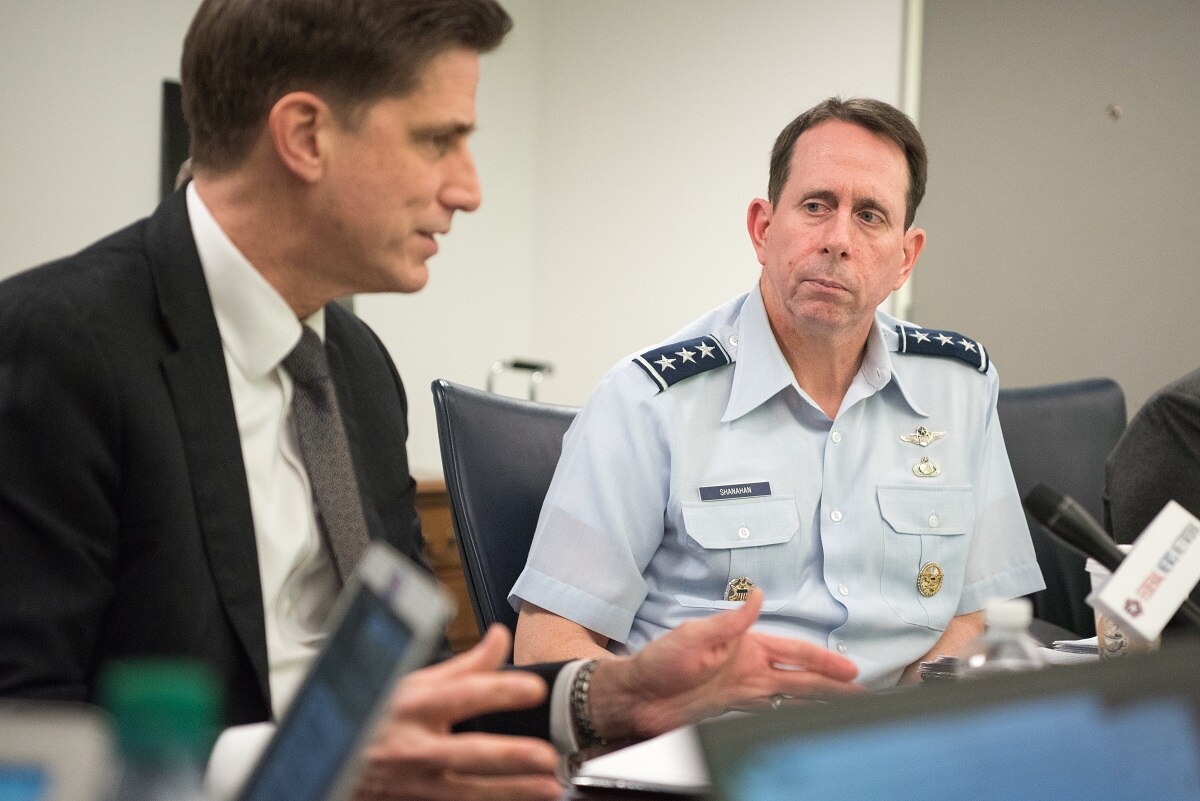 The outgoing director of the Defense Department’s artificial intelligence hub has a message for Congress: The Joint Artificial Intelligence Center needs its own acquisition authorities.

Lt. Gen. Jack Shanahan, director of the JAIC, said May 21 that if the center is to fulfill its mission of accelerating artificial intelligence adoption across the department and deliver products to commanders, then it needs the power to unilaterally procure AI services.

As it stands, the JAIC has to go through contract vehicles provided by organizations like the General Services Administration, the Defense Information Systems Agency or the Defense Innovation Unit.

“It’s not going to be fast enough as we start putting more and more money into this capability development,” Shanahan said, speaking on a webinar hosted by the AFCEA Washington, D.C., chapter. “We need our own acquisition authority. We have to move faster.”

Shanahan, who is departing next month, said there is “very strong support” for a “willingness to consider” giving the center different acquisition authorities and models.

His comments came just a few days after the JAIC awarded a five-year contract, potentially worth $800 million, to Booz Allen Hamilton through a GSA contract vehicle for data management and delivery of AI services to commanders. The effort is part of the JAIC’s new joint war-fighting initiative, which is working on its first lethality project this year.

Shanahan called the award “a pretty big deal” for pushing the JAIC forward in producing war-fighting services to commanders. Its war-fighting initiative will focus on lower-level tasks at first, he said, “because we can’t afford to get anything wrong.”

He said those efforts include AI for “accelerating” the call for fires process, by which soldiers call in artillery using video, text or another “manual, laborious” process. He also added that JAIC is working to develop AI solutions to “stitch seams together” across all the services for multidomain operations or the concept of Joint All-Domain Command and Control.

The projects are a part of JAIC’s major emphasis on delivering products to commanders this year.

“We have to have the combatant commanders in the service knocking at our door saying: ‘We can’t afford [for] you to go away, we need you to provide too desperately to cut you,’ ” Shanahan said.

As Shanahan prepares his exit, however, he warned that the United States needs to move fast in developing AI to ensure superiority over China. A lack of enterprise cloud-computing capability at the Defense Department “has slowed us down” in developing AI tools for the Pentagon, he said.

Shanahan has been a champion of the Pentagon’s embattled Joint Enterprise Defense Infrastructure cloud, or JEDI, which has been delayed for more than a year due to protests. He considers the enterprise platform crucial to the advancement of the Pentagon’s AI capabilities.

Microsoft beat out Amazon Web Services for the award last year, but a federal court has halted the department’s work on building the infrastructure because of potential flaws in the procurement.

The delay has forced the JAIC to use other cloud platforms in the interim. The JAIC has temporarily pivoted to the Air Force’s Cloud One environment and will use that in case the JEDI cloud is delayed “many more months,” he said.