US naval buildup in Indo-Pacific seen as warning to China 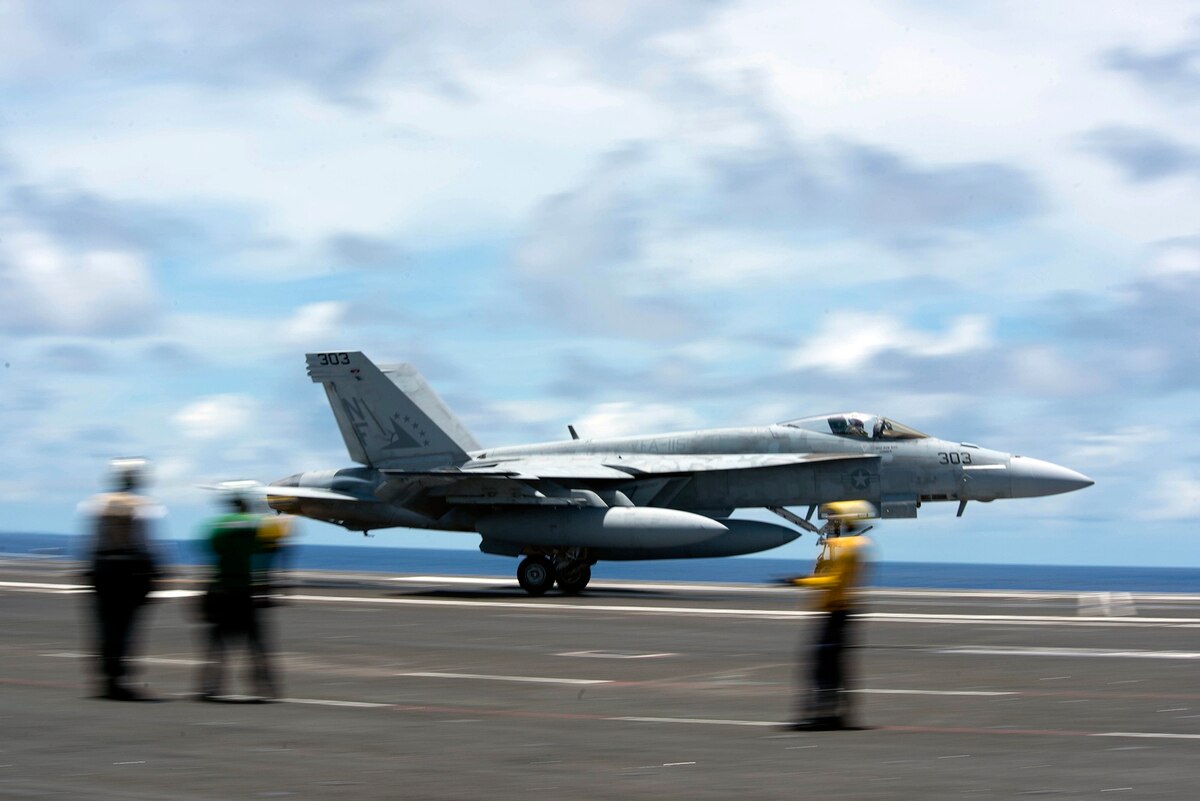 WASHINGTON — For the first time in nearly three years,three American aircraft carriersare patrolling the Indo-Pacific waters, a massive show of naval force in a region roiled by spiking tensions between the U.S. and China and a sign that the Navy has bounced back from the worst days of the coronavirus outbreak.

The unusual simultaneous appearance of the three warships, accompanied by Navy cruisers, destroyers, fighter jets and other aircraft, comes as the U.S. escalates criticism of Beijing’s response to the coronavirus outbreak, its moves to impose greater control over Hong Kong and its campaign to militarize human-made islands in the South China Sea.

“There have been some indications in Chinese writings that the United States was hit hard by COVID-19, that military preparedness was low, so perhaps there is an effort by the United States to signal China that it should not miscalculate,” said Bonnie Glaser, director of the China Power Project at the Center for Strategic and International Studies. “The Chinese will definitely portray this as an example of U.S. provocations, and as evidence that the U.S. is a source of instability in the region.”

President Donald Trump, criticized for his own handling of the coronavirus outbreak, has condemned China for what he sees as a failure to adequately warn the world about the COVID-19 threat. The administration has also moved to ban Chinese graduate students and researchers with links to the People’s Liberation Army or other security services from the United States.

The convergence of three carrier strike groups in the region is unusual because of the limited number of carriers and the fact that they are often cycling through repair schedules, port visits, training or deployments to other parts of the world. This week, however, Navy commanders said they were able to take advantage of the timing, particularly during this period of great power competition with China.

The U.S. national defense strategy cites China as a top security concern, and Pentagon leaders have been working to shift more resources and military assets to the region to battle what they see is Beijing’s growing economic influence and military might.

“The ability to be present in a strong way is part of the competition. And as I always tell my guys here, you’ve got to be present to win when you’re competing,” said Rear Adm. Stephen Koehler, director of operations at Indo-Pacific Command. “Carriers and carrier strike groups writ large are phenomenal symbols of American naval power. I really am pretty fired up that we’ve got three of them at the moment.”

Speaking to The Associated Press from his office in Hawaii, Koehler said China is slowly and methodically building up military outposts in the South China Sea, putting missile and electronic warfare systems on them. The U.S. and other allies and partners in the region have beefed up operations near the human-made islands to try to blunt China’s development, but none of that has appeared to work.

On Thursday, the strike group warships were spread out across the Indo-Pacific. The USS Theodore Roosevelt and its strike group are operating in the Philippine Sea near Guam. The USS Nimitz strike group is in the Pacific off the U.S. West Coast. The USS Ronald Reagan has left port in Japan and is operating in the Philippine Sea south of there. Navy commanders were quick to point out that dozens of other Navy ships had been operating around the Pacific, but the three strike groups put a bit of an exclamation point on America’s commitment to the region and its allies.

The Roosevelt has just returned to duty after spending more than two months sidelined in Guam with a massive COVID-19 outbreak among its crew. And small numbers of sailors on the Nimitz and the Reagan tested positive for the virus, triggering quarantines and extensive new health and safety procedures that had to be instituted before the ships could deploy.

As they deploy, sailors’ daily lives on the ships and to some degree their operations at sea have been altered by the virus and the new precautions they must take to ensure the ships remain clear of infection and able to continue operations.

Onboard the Nimitz, Rear Adm. Jim Kirk said there have been no positive cases of the virus on the ship since it set out, and he is confident of all the changes put in place to keep it that way. On the Nimitz and the other Pacific ships, crew members are screened daily, they wear masks where needed, meal hours have been extended to allow for more social distancing, and specific routes are designated on the ship to prevent sailors from bumping into one another in the narrow passageways and stairs.

“As we head out to stand the watch, the message that I have is that this is the end of the beginning” for the crew, said Kirk, commander of Carrier Strike Group 11. “Now it’s time to go about doing our job to the best of our abilities.”

Koehler said the ships will continue to work with allies and partners in the region, conducting exercises at sea and patrolling contested regions. One key change, however, will be their ability to stop in foreign ports.

The port visits have been largely curtailed, except to carefully pick up supplies when necessary. Guam has been designated the only safe harbor for port stops in the Pacific so far, and sailors have only limited freedom to go to the pier and cannot travel freely in the city. Navy leaders are looking into establishing other safe havens but haven’t approved them yet.

This is, said Koehler, “the new normal.” And he said that while it’s not likely there will be three carrier strike groups consistently in the Pacific over the long term, “it’s something we can do when we want to.”