A weapon system ‘raises its hand’ if available under DARPA program 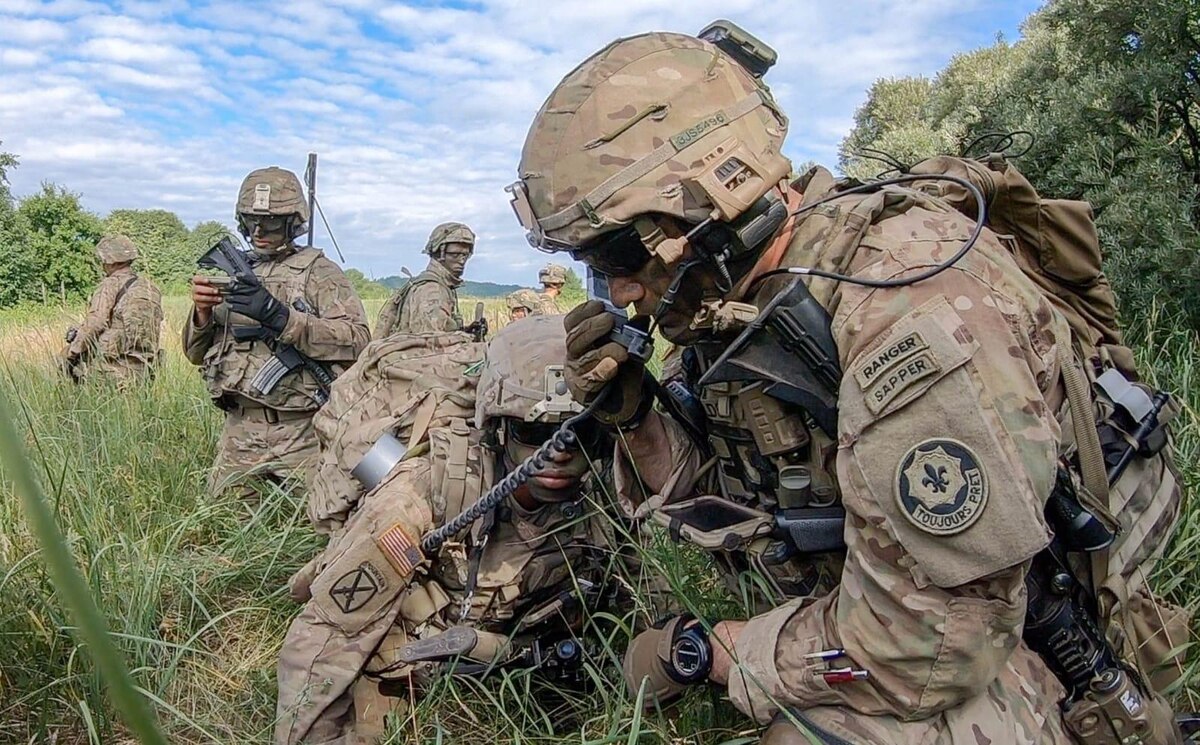 The Defense Advanced Research Projects Agency is developing a marketplace-like exchange that would offer soldiers or sailors in a battle a list of support options they could choose from.

A little-publicized DARPA program called “Adapting Cross-Domain Kill-Webs” (ACK) wants to present war fighters with a tool that would identify the “good enough” capability that could help at the tactical level, Tim Grayson, director of DARPA’s Strategic Technology Office, said at the Defense One Tech Summit June 16.

“ACK will enable multiple warfighters to define distributed effects and adapt them at up to combat speed using a shared set of resources,” DARPA’s ACK program description reads. “This will create greater lethality by pairing the right sensor and weapon together for a given target and operational problem.”

The system is using e-commerce tools and online auction technology to list the available assets and then identify tools, no matter the domain, that can take on the additional workload, Grayson said. The available asset “raises its hand” in the system, he said, and is then be available to the war fighter.

“It says ‘hey, there’s an airplane that can go support that Army problem,” Grayson said. “How you get there, how you’re going to do it, don’t care. … You said you can do it, go execute that mission.”

But that raises a planning problem, one that ACK purposely doesn’t address: some solutions – think a jet or missile – need to have a flight plan, one that may cross into other nation’s airspace. To solve that, DARPA has another program called Air Space Total Awareness for Rapid Tactical Execution, meant to “clear that lane,” Grayson said. ASTARTE uses artificial intelligence to plan that mission.

The ACK program also takes bandwidth into consideration. In that scenario, an asset could tell a war fighter “I have this much bandwidth that can satisfy your immediate need,” Grayson said.

“This is helping to hyper enable them with the tools that allow them to make a decision that their brain wouldn’t have come up with on its own,” Sanders said on the same webinar.

The program would complement SOCOM’s “Hyper Enabled Operator” effort that wants to outfit special forces with internet of things and data analytics capabilities at the tactical edge. By presenting an operator with all possible options in the field, operators would make a “better informed decision,” Sanders said.

Cynthia Bedell, director of the Computational & Information Sciences Directorate at the Army Research Laboratory’s Combat Capabilities Development Command, said such technology could cut down on planning time as well.

“There’s so many amazing things that we could if we have the tools that we trust that can help us get to the right asset at the right time and we don’t have to do a bunch of courses of action,” Bedell said.

According to ACK’s website, the program faces three significant obstacles in development. First, planners and operators don’t know what assets are available across domains. Second, it’s difficult to assess the value trade offs made by reallocating assets to another domain. Finally, the program will also have to deliver the best available options to the warfighter quickly.

In December last year, DARPA awarded a contract to BAE Systems, worth about $3.1 million, for software development for the ACK program.