With the future of the US Navy’s carrier air wing murky, Congress demands a plan 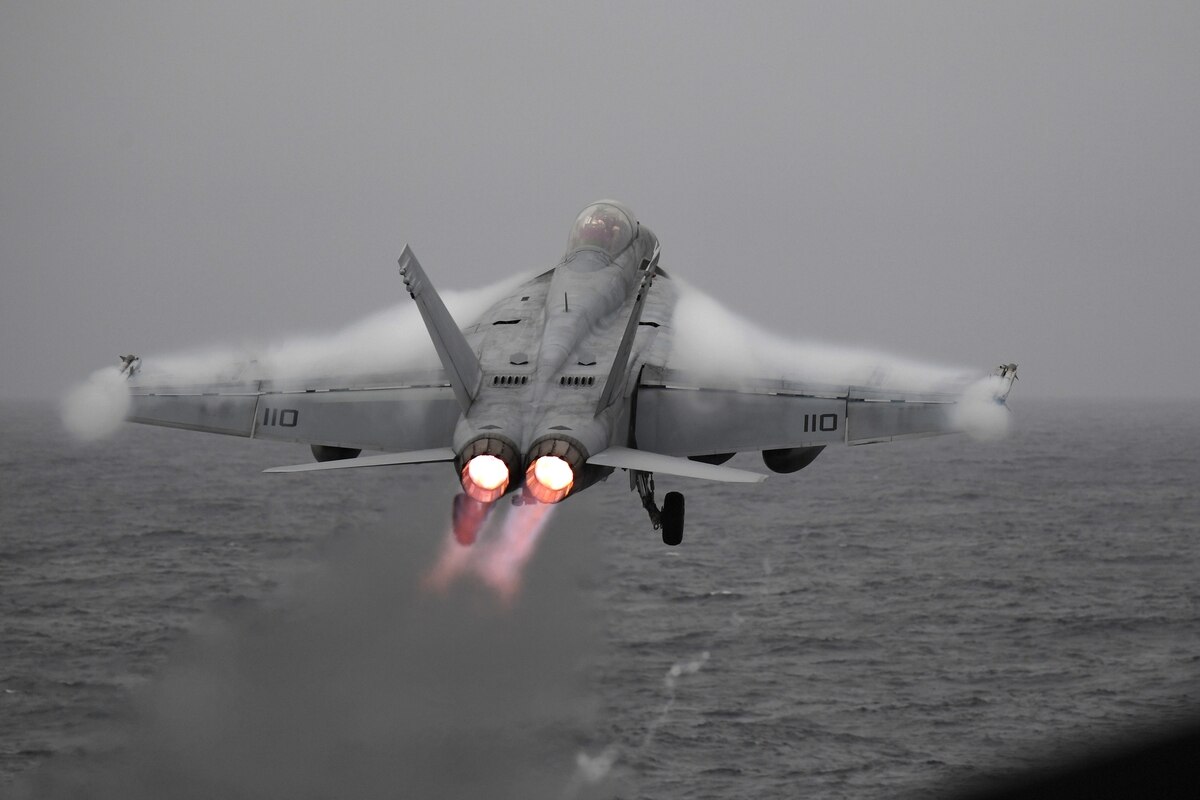 WASHINGTON – The US Navy will need to develop a roadmap for developing future fighter aircraft years after it became apparent that the Navy’s mainstay F/A-18 Super Hornet would struggle to keep the carrier outside of range to be effective against Chinese anti-ship missiles.

A provision in the Senate Armed Services Committee’s mark of the National Defense Authorization Act told the Navy to come up with a concrete plan for fielding next generation fighter aircraft, a move that comes months after congressional appropriators gutted 2020 funding for the Navy’s next-generation air dominance program, taking the requested $20.7 million and slashing it to $7.1 million.

By way of comparison, the Air Force requested $1 billion in funding for its Next Generation Air Dominance program, but saw a relatively minor 10 percent cut from appropriators that was cited as a “classified adjustment.”What’s killing the US Navy’s air wing?

The SASC mark “requires the Navy to create a fighter aircraft force structure acquisition strategy and report on aircraft carrier air wing composition and carrier-based strike fighter squadrons to better prepare for potential conflicts envisioned by the National Defense Strategy,” according to a summary posted on the Committee’s website.

The Navy likely upset the congressional apple cart by zeroing out a planned buy of at least 36 Super Hornets that would have spanned FY22 through FY24. That move that should save $4.5 billion that the service plans to redirect to its sixth-generation fighter program, known as Next Generation Air Dominance or F/A-XX.

The Navy has tried to address the range issue with fielding an unmanned tanker, the MQ-25 Stingray, but that program could face delays if the Navy’s operational schedule doesn’t align to allow testing.

But what exactly the F/A-XX will be is anyone’s guess. The Navy finished an Analysis of Alternatives in June of last year and the spokesman for the Navy’s assistant secretary for research, development and acquisition told Defense News earlier this month that the program was in the concept development phase.

But some experts believe that given the Navy’s budgetary constraints for the foreseeable future, the F/A-XX should be a derivative of a current aircraft.

Bryan Clark, a senior fellow at the Hudson Institute and a retired submarine officer, said in recent testimony before the House Armed Services Committee that it would make sense to keep buying the F/A-18s to keep the line hot for a potential F/A-XX.

“I think the F/A-XX is going to need to be probably a derivative of an existing airplane rather than some complete new clean sheet design given the fiscal constraints we’re under,” Clark said. “Therefore, keeping production lines going for both of our existing strike fighters is a good idea to allow both to be an option for this future F/A-XX.”

In 2019, formed Deputy Secretary of Defense Bob Work told Defense News that the next fighter should really be unmanned, and that going that route would help save some money.

“The focus should be on the F/A-XX. If you really want range, that has to be the platform you are shooting for,” Work said. “Because with the Navy buying the F-35Cs, and the Marine [Corps] buying the F-35Bs and the Navy buying the Block III Super Hornet, you are not going to be able to afford two or three programs. So, the F/A-XX is the one you need to focus on. And if the analysis shows you need range, that points to unmanned.”

But naval aviation has shown very little appetite for fielding an unmanned long-range fighter, and the Navy more generally has been tepid on unmanned technologies, according to former Chief of Naval Operations retired Adm. Garry Roughead, who testified at HASC alongside Clark.

“I reflect that we flew an unmanned aircraft off of an aircraft carrier in 2012,” Roughead said. “2012! That has not happened again. Eight years, in my mind, of a hiatus in trying to advance this new technology is not aggressive by any stretch of the imagination.”