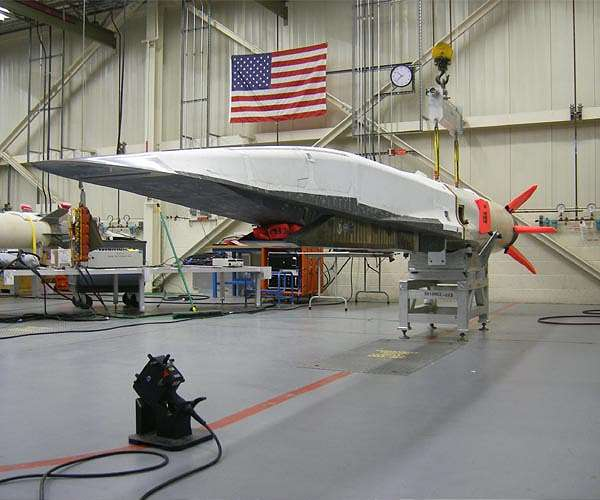 US President Donald Trump has invoked a wartime executive power giving him the authority to mobilize US industry, saying that without presidential direction, US industry “cannot reasonably be expected” to provide the materials necessary for hypersonic weapons development “adequately and in a timely manner.”

“I hereby determine, pursuant to section 303(a)(5) of the Act, that the industrial base production capability for ultra-high and high temperature composites for hypersonic, strategic missile, and space launch systems is essential to the national defense,” Trump said in the directive.

“Without Presidential action under section 303 of the Act, United States industry cannot reasonably be expected to provide the production capability for ultra-high and high temperature composites for hypersonic, strategic missile, and space launch systems adequately and in a timely manner,” the order continues. “Further, purchases, purchase commitments, or other action pursuant to section 303 of the Act are the most cost-effective, expedient, and practical alternative method for meeting the need for this critical capability.”

While Russia and China have developed the Mach 5-capable weapons, the US does not yet have an operational hypersonic weapon. The missiles are so fast and maneuverable, they are believed to be invulnerable to anti-air defenses and very difficult to spot through traditional ballistic missile detection methods. Last month, after Trump boasted of a “super duper missile” under development, Pentagon spokesman Jonathan Hoffman tweeted the US was “working on developing a range of hypersonic missiles to counter our adversaries.”

While the Hypersonic Conventional Strike Weapon (HCSW) was canceled in February in a budget battle, its developer, Lockheed Martin, is pushing ahead with another hypersonic weapon, the AGM-183A Air-Launched Rapid Response Weapon (ARRW).

Throughout the national crisis of the COVID-19 pandemic, Trump had used the Defense Production Act to direct civilian industries in the production of necessary medical equipment, such as swabs, ventilators, masks and other protective gear.

Pentagon Short on Funds for Developing Hypersonic Missile Defense Systems
A trio of US Defense Department agencies are working on systems to detect and intercept hypersonic weapons. Even though Washington’s proclaimed adversaries of Russia and China already have offensive hypersonic weapons, Congress remains uncommitted to fully funding the new research amid confusion between agencies.

Hypersonic weapons are unique in many ways, not just because of their speed in excess of 3,000 miles per hour, but because they defy many of the principles on which US ballistic missile defense has been based for decades. As a consequence, the Pentagon will need to install an entirely new system just to detect a hypersonic weapon launch, much less provide accurate targeting information for an interceptor system. Those interceptors, too, will have to be redesigned to hit the super-fast missiles.

The single largest problem the existing Space-Based Infrared System (SBIRS) satellites face with hypersonic weapons is that they are built to detect rocket launches by ballistic missiles, which are lifted into low orbit before plummeting back down to their targets. By comparison, a hypersonic glide vehicle’s rocket only fires for a comparatively short time period, after which it uses its super-speed to carry itself the rest of the way to its target. Hypersonic cruise missiles, which do burn their engines the entire time, are flying low to the Earth. In both cases, SBIRS satellites can’t pick out their heat signatures against the planet.

However, not even the SBIRS successor program, the Next Generation Overhead Persistent Infrared (Next Gen OPIR) satellites, will have the ability to spot hypersonic weapons in a reliable enough way to help ground-based interceptors out. That’s why the Space Development Agency (SDA) is teaming up with the Missile Defense Agency (MDA) and Defense Advanced Research Projects Agency (DARPA) to build a whole new set of systems, beginning with the Hypersonic and Ballistic Tracking Space Sensor (HBTSS).

According to a recent request for proposals (RFP) posted by the SDA, the Pentagon is looking for support for an experimental satellite-based system that would be able to identify missiles against the Earth’s background clutter.

“It will characterize scene backgrounds for a range of satellite viewing conditions to optimize algorithms, concepts of operations and wavebands for advanced missile detection and tracking,” the RFP said.

The plan calls for having a constellation of at least 70 satellites in low Earth orbit by 2025. However, the first batch will have just eight satellites, pioneering new wide-field-of-view sensors, with subsequent batches expanding those sensors to ever-wider fields of view, SDA Director Derek Tournear said during a June 4 Missile Defense Advocacy Alliance webcast.

However, funding for these ambitious programs leaves much to be desired, and the different agencies seem to be uninterested in running the programs themselves. According to a March report by the Center for Strategic and International Studies (CSIS) think tank, Congress agreed to provide only slightly more than half of what the MDA sought for hypersonic interceptors and tracking sensors in fiscal year 2020. The MDA asked for $157 million in the budget request, but in a subsequent unfunded-priorities list, it sought another $720 million but won only $400 million.

“Despite the fact that HBTSS had received negligible funding in the Trump administration’s 2020 budget proposal, Congress in the 2020 appropriations bill funded HBTSS to $108 million, the full amount identified in MDA’s unfunded requirement,” CSIS noted, adding that “despite this clear statutory direction, MDA receives no HBTSS funding in the 2021 budget. Instead, [Under Secretary of Defense for Research and Engineering Michael Griffin] chose to move the sensor development to SDA.”

The complex web has left folks at CSIS scratching their heads, saying in the report that “it is unclear that SDA plans to move out on hypersonic and ballistic missile tracking at the speed of relevance.”