“We’re positioning ourselves where we’re going to be agnostic in terms of material solutions,” says President Roy Azevedo, instead focusing on architectural solutions to customer problems. 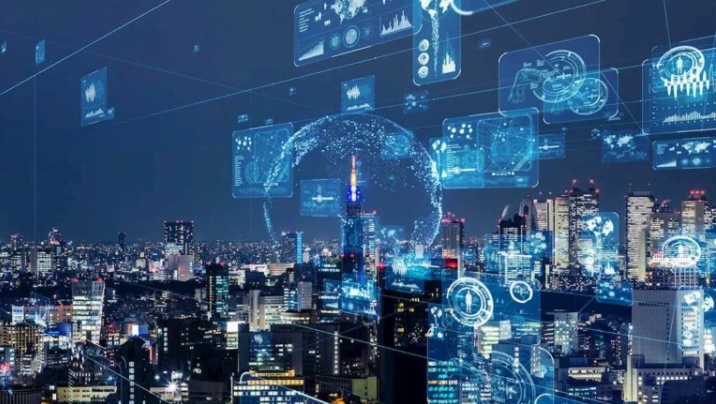 WASHINGTON:  Raytheon’s newly constituted Intelligence & Space unit is positioning itself as a provider of the “glue” needed to hold together future systems of systems, such as those supporting all-domain operations, explains President Roy Azevedo.

The idea, he told me in an interview on the eve of what would have been this year’s Farnborough Air Show, is not to focus on selling particular Raytheon products, but helping customers — now both military and civil — to define architectures for connecting the hardware and software in a system.

“I truly believe that having the knowledge of the entire mission is where we can be of assistance to our customers in developing truly open architectures that are of course cyber hardened,” he said.

For example, Azevedo said, the company is in early discussions with a number of potential customers on how they can better integrate data from airborne systems with that coming from satellites — an area the outgoing Gen. David Goldfein has said needs more focus to make DoD’s top-priority Joint All-Domain Command and Control (JADC2)system to run all-domain operations work.

“What we’ve mostly been doing is a lot of modeling and simulation analysis to bring to our customers to provide them options and courses of action on the different architectures, without being particular for Raytheon solutions,” he said.

“As you might expect, different offices have different ideas,” he added, “so, we’re positioning ourselves where we’re going to be agnostic in terms of material solutions, and talk about what the impacts are, what the benefits are, of the architecture.”

Azevedo, whose portfolio includes Raytheon’s cybersecurity, space, communications, artificial intelligence and advanced training work, noted that data security is both key to, and the major stumbling block for, being able to merge intelligence, surveillance and reconnaissance data from satellites into useful targeting information for fighter pilots.

“I actually believe part of the reason that the space segment and airborne segment aren’t as integrated as a lot of people want them to be is because of security constraints, where the data that is needed by a fighter pilot, unfortunately, is intermingled with that of higher security level,” he said. This means any framework for data integration has to be planned around multiple security levels, he explained — which also is a capability that the Air Force is actively researching under its Advanced Battle Management System program to build foundational technologies for JADC2.

Raytheon Intelligence & Space was one of 28 vendors includedin the Air Force’s June 3 indefinite-delivery/indefinite-quantity (ID/IQ) mega-contract for ABMS work. “To support this effort, RI&S has the opportunity to contribute open systems design, modern software and algorithm development for the future system,” the company’s June 13 press release stated.

Indeed, Azevedo said that Raytheon Intelligence & Space in many ways is set up to support ABMS across a family of systems to connect sensors to shooters.

“We were in a very frenzied state,” Air Force acquisition head Will Roper says of DoD efforts to stave off the collapse of key suppliers during the early weeks of the coronavirus crisis.

“When you think about what Intelligence & Space brings to the table, we’ve got sensing. Clearly, we’ve got communications — secure communications. And we’ve got network development that we do across the business,” he said. “Fundamentally, at the end of the day, ABMS is an architecture that ties all of these nodes together, to get the right information to the right people. And so, that’s very applicable to many segments of this business.”

And the business, headquartered in Arlington, Va., is huge, employing 35,700 people across 500 locations in 40 countries, according to the firm’s website. Its annual revenue based on 2019 numbers is some $14 billion.

For example, Azevedo said, now that Collins Aerospace has been integrated, Raytheon Intelligence & Space has 17 programs in production just in the space portfolio.

“One of the things that I am particularly excited about is the combination of the pure military business from the Raytheon side of things, and when you look at Collin Aerospace and Pratt & Whitney, with the commercial model,” he said. “There is no doubt that, when you look across the board, the commercial mentality is something we are definitely going to learn from.”