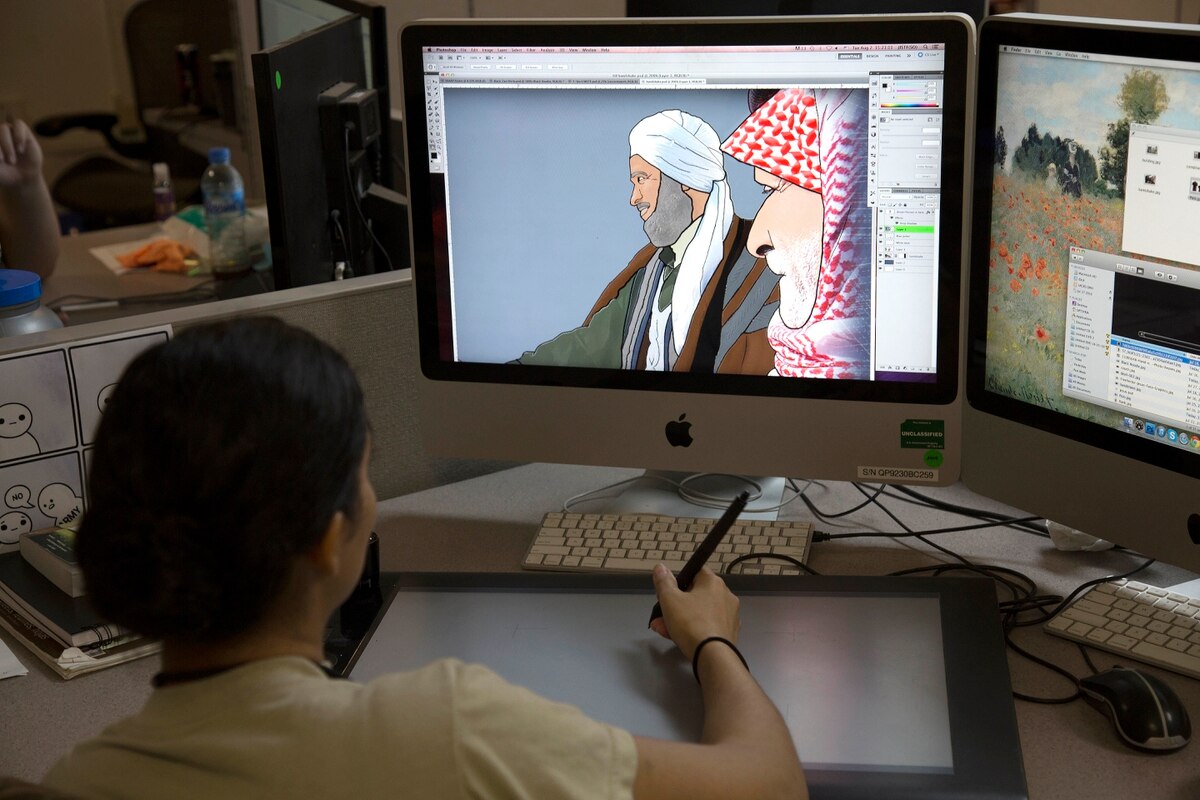 About two years after it was created, the Pentagon’s artificial intelligence center is setting its sights on new projects, including one on joint information warfare.

This initiative seeks to deliver an information advantage to the Department of Defense in two ways. The first is improving the DoD’s ability to integrate commercial and government AI solutions. The second is improving the standardization of foundational DoD data needed to field high-performing AI-enabled capabilities to support operations in the information environment, said Lt. Cmdr. Arlo Abrahamson, a spokesman for the Joint Artificial Intelligence Center.

Nand Mulchandani, the JAIC’s acting director, told reporters in early July that this initiative also includes cyber operations — both broad defensive and offensive measures for use by U.S. Cyber Command.

The DoD is discovering that it needs ways to process, analyze and act upon the vast amounts of data it receives.

“As we look at the ability to influence and shape in this environment, we’re going to have to have artificial intelligence and machine-learning tools, specifically for information ops that hit a very broad portfolio,” Gen. Richard Clarke, commander of Special Operations Command, said at the Special Operations Forces Industry Conference in May. “We’re going to have to understand how the adversary is thinking, how the population is thinking, and work in these spaces in time of relevance. If you’re not at speed, you won’t be relevant.

“To make sure the U.S. message and our allies’ and partner message is being heard and it’s resonating. What we need is adapting data tech that will actually work in this space and we can use it for our organization.”

A program in support of network incident detection, called MADHAT — or Multidimensional Anomaly Detection fusing HPC, Analytics, and Tensors — is helping the JAIC develop an information warfare capability. The program allows for the exploration of network data as a way of enabling more effective detection of nuanced adversarial threats, Abrahamson said.

MADHAT has already been deployed, he added, and analysts working on the High Performance Computing Modernization Program are being trained on the tool for operational use. This program accelerates technology development and transitions it into defense capabilities through the application of high-performance computing.

“NLP and speech-to-text is actually a fairly mature AI technology that can be deployed in production. And that actually is going to be used in reducing information overload,” he said. “So being able to scan vast quantities of open-source information and bring the sort of nuggets and important stuff on the NLPs.”