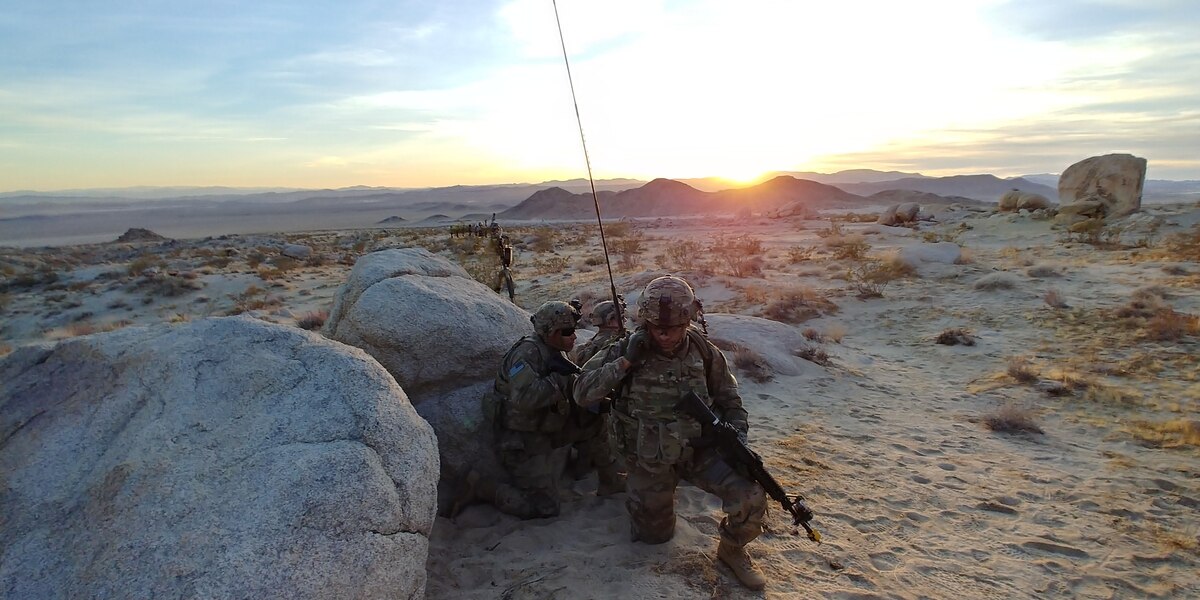 WASHINGTON — The U.S. Army’s top cyber general has described three phases that will prepare the service for information warfare over the next decade.

Appearing in a special edition of the Cyber Defense Review, a journal produced by the Army Cyber Institute at West Point, Lt. Gen. Stephen Fogarty, commander of Army Cyber Command, provided a road map for where his organization is headed.

“The stunning social media-powered rise of ISIS [the Islamic State group] in 2015, Russia’s interference in the 2016 US Presidential election, Iran’s increasing digital belligerence, and China’s disinformation surrounding the COVID-19 pandemic are upending that perception and igniting a conversation across the defense establishment regarding appropriate roles for the uniformed armed services in this environment of unprecedented information warfare,” wrote Fogarty and co-author Bryan Sparling, an adviser.

“The Army is currently evaluating whether [operations in the information environment], [information warfare], or some other concept should replace IO to describe an expanded Army mission in the IE. We are likewise considering whether Army Cyber Command (ARCYBER) should change its name to more accurately reflect the full spectrum of its mission portfolio. Regardless, ARCYBER is building upon a ten-year foundation of continual innovation, and accelerating its modernization efforts to enable information age Army operations across tactical, operational, and strategic echelons.

Aside from new formations, some of the biggest changes to the new structure is realigning command relationships of existing units beneath Army Cyber Command, which will afford the commander more flexibility to tailor units or task organize personnel and units for missions.

What are the three phases?

Fogarty sketched out three phases Army Cyber Command will undertake over the next 10 years, with the first reaching out to mid-2021.

By that time, the command hopes to realize the initial builds of new programs and formations, many of which have already been underway for some time.

The main effort is the migration of ARCYBER’s headquarters from Fort Belvoir, Virginia, to Fort Gordon, Georgia. The command uncased the colors at its new state-of-the-art headquarters attached to the National Security Agency’s Georgia division in a brief July 24 ceremony.

“For the first time, the Army’s operational and institutional Cyber forces will enjoy unprecedented synergies by operating from a single, information power projection platform,” Fogarty and Sparling wrote.

One relatively new entity is the 915th Cyber Warfare Support Battalion. Created in 2019, the battalion will consist of 12 teams that support brigade combat teams or other tactical formations. These “fly away” teams, as some officials call them, would help plan tactical cyber operations for commanders in theater, and unilaterally conduct missions in coordination with forces in the field. Officials previously noted that this formation will likely evolve over the years: As the force conducts operations and exercises, it may need to revisit its structure and capabilities.

One of the entities that will fall fully under ARCYBER’s command by late 2020 will be 1st Information Operations Command. The command will also undergo a reorganization to increase the number of available field information operations support teams, expanding reach-back and social media capabilities to both conventional and special operations forces, Fogarty wrote.

The last component of phase one Fogarty described is a new offensive cyber operations signal battalion. ARCYBER received approval to create the “long-needed” battalion, which will be at Fort Gordon in late 2021 and provide support to Army cyber forces.

Given this is a new entity, little information is available. However, Fogarty said it will reflect the mission previously performed by National Guard forces as Task Force Echo, for which details are also scare, except it’s known that the task force supports U.S. Cyber Command and the Cyber National Mission Force. The Cyber National Mission force conducts offensive cyber operations under the guise of defense to defend the nation from malicious cyber actors.

Fogarty said phase two, which will take place between 2021 and 2027, is where the force will “experiment and innovate.” This phase will see the employment of the new capabilities and units created in phase one.

During this phase, ARCYBER will create an information warfare operations center at Fort Gordon. The center will provide ARCYBER an “unprecedented,” real-time ability to sense and understand the global information environment with connectivity to all Army service component commands.

The creation of this new center is meant to directly benefit ARCYBER’s support to Cyber Command through Joint Force Headquarters-Cyber and the combatant commands for which it conducts cyber operations.

Critical to the success of the new operations center will be a specialized military intelligence brigade organic to ARCYBER, Fogarty stated. This brigade, which is not yet resourced, will focus on the information environment to include cyberspace and the electromagnetic spectrum.

Fogarty also mentioned that as information warfare evolves, the missions of the offensive cyber teams that ARCYBER fulfills for Cyber Command through the 780th Military Intelligence Brigade could shift toward shaping the information environment.

The Army will also evolve its tactical forces by expanding the current cyber and electromagnetic activities, or CEMA, cells within the staff sections to include information operations, psychological operations and public affairs personnel. This cell works to inform and plan operations for the commander at echelon within the CEMA environment.

Along those same lines, the Army will work to optimize Reserve components. Fogarty noted that many of the information capabilities aligned to support conventional forces reside in the reserves.

Fogarty also described a fair amount of experimentation that will occur in phase two. This will help inform the continued development of forces and capabilities to support multidomain operations. This experimentation will include:

Phase three will take place from 2028 and beyond, and focus on multidomain capabilities. By this point, Fogarty and his co-author write that whatever Army Cyber Command becomes, it should be able to succeed in information and unconventional warfare, conduct intelligence and counter-adversary reconnaissance, and demonstrate a credible deterrent.

“As part of the Joint Force, the Army must master these essential Competition Actions through what [Multi-Domain Operations] MDO calls ‘active engagement’ to become MDO-capable,” they write. “In each critical task, ARCYBER will play an essential supporting role as the Army better develops its ability to conduct active engagement through the converged employment of maneuver and information capabilities focused on achieving desired cognitive effects and behaviors in our adversaries.”