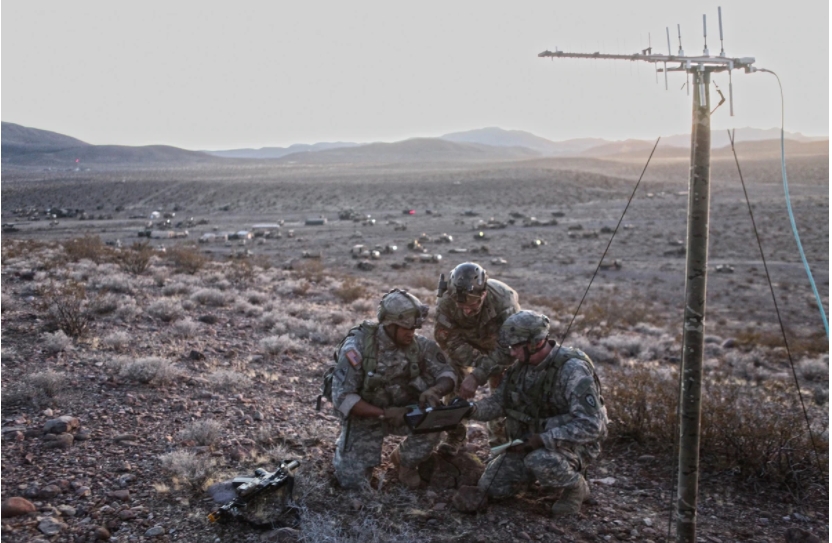 WASHINGTON — The U.S. Army is altering one of its cyber events in an effort to shape and equip one of the service’s newer multidomain formations.

The event, previously known as Cyber Blitz, next year will shift to what the Army is calling Multi-Domain Operations Live. It will primarily support the Intelligence, Information, Cyber, Electronic Warfare and Space detachment of the Multi-Domain Task Force as part of the larger Defender Pacific exercise.

The I2CEWS is battalion-sized detachment encompassing capabilities within its namesake and is envisioned to help commanders on the battlefield by not only possessing some capabilities but also providing planning assistance within these non-kinetic realms. It is currently focused on the Pacific region as part of the Multi-Domain Task Force and will assist the Army from the competition phase to conflict. There are plans to create a detachment focused on Europe.

The Army unveiled details about one of its newest units designed to help the service compete with adversaries below the threshold of war.

The I2CEWS is part of a broader push for the Army to conduct multidomain operations with other forces, including tactical cyber teams in the 915th Cyber Warfare Battalion, officially created in 2019. These forces differ from those of U.S. Cyber Command, who conduct cyber operations on behalf of combatant commanders and in defense of the nation from a remote sanctuary.

One of the key reasons for changing Cyber Blitz, which originally focused on risk reduction for emerging technologies in the cyber and electromagnetic space, was a need to mature multidomain operations and forces.

Going forward, the event will provide a non-kinetic environment in which the I2CEWS can perform the sensing, targeting and delivery of effects, said Randy Wheeler, associate director for field-based experimentation at the Combat Capabilities Development Command’s Command, Control, Communication, Computers, Cyber, Intelligence, Surveillance, and Reconnaissance Center.

Last year’s Cyber Blitz was a paradigm shift, Wheeler told C4ISRNET during an Aug. 20 interview. For the first time, the experiment supported a major tier 1 exercise, serving as a precursor of sorts for its future instantiation, he added. It was also the first time the I2CEWS tested concepts and equipment. During previous events, the I2CEWS white carded their effects, which involves telling exercise participants that a certain action has occurred without actually performing the action with capabilities or tools.

Cyber Blitz 2019 was an opportunity for soldiers to work with emerging and maturing technologies for cyber, electronic warfare and intelligence capabilities. (Edric Thompson/U.S. Army)

Now the Army wants to actually test the types of tools it envisions the battalion will use in future conflict.

The I2CEWS isn’t equipped with a lot of systems, but it has a few program-of-record systems such as the Electronic Warfare Planning and Management Tool, which allows for planning and visualization of the electromagnetic spectrum. By and large, the detachment has a lot of one-off capabilities developed by the science and technology community.

The change to MDO Live is meant to allow the Army and the unit specifically to assess and provide feedback on technologies as a means of identifying operational needs.

The I2CEWS “is getting that training value that they can’t really get right now in the live environment” through MDO Live, Wheeler said. “We’re giving them capabilities that they don’t necessarily have in some cases because a lot of the things that they’ve been tasked to do are [with] technologies [that] are one-offs. … We’re actually providing [them] with some of this equipment that they expect to have in the future.”

MDO Live will remain connected to other Army events such as Cyber Quest, during which vendors bring their technologies in response to specific Army needs and test them in a lab-based environment. Technologies that show promise are then transitioned to Cyber Blitz (now MDO Live) in a more realistic environment involving soldiers to see how the tech performs.

The Army hopes to use an upcoming experiment to help its equipping strategy for the I2CEWS. (Steven Stover/U.S. Army)

Events such as Cyber Blitz and MDO Live also have the added benefit of assessing concepts, force structure and doctrine. Wheeler explained that at last year’s Cyber Blitz, which supported the I2CEWS remotely, the Army realized that the battalion was low on manpower.

A 2019 report from the Government Accountability Office determined that the Army “did not assess the staffing, equipping, and training risk before activating” the I2CEWS. Army leadership said they understood associated risks involved in their haste to create these units, but stressed they could not afford to wait until everything was perfect, given the need for these units to address adversarial behavior.

Events like MDO Live help the Army to constantly evolve its force structure, capabilities and concepts, officials believe. As such, MDO Live, currently slated to take place in the summer of 2021, will test the full design of the I2CEWS along with emerging capabilities.

The event will take place in the Asia-Pacific region — a departure from normal C5ISR Center activity.

“We’ll be forward in theater, so executing an expeditionary experiment, which will be a little new for us,” Wheeler said. “It allows us to really run our [science and technology] through the paces in a relevant operational environment. Rather than doing this at Fort Dix, [New Jersey], we’re doing it in the environment they expect to operate in or something similar to that. That’s great for S&T risk reduction because we get to see that environment sooner.”

Cyber Blitz 2020, which is currently underway, is more scaled back than years prior, as it is focused on identifying technologies for risk reduction that can be included in MDO Live next year after the full transition.

Wheeler wouldn’t provide specific details regarding capabilities and tools involved in Cyber Blitz 2020 testing, citing sensitivities in revealing such information. But he did say participants are looking at sensors for the Multi-Domain Task Force and U.S. Army Pacific, some of which have were observed in previous Cyber Blitz drills. Other systems include technologies and sensors with sister services that could have ground-based applications or be used by the Multi-Domain Task Force.

The event is taking place across the entire East Coast of the United States, Wheeler said.