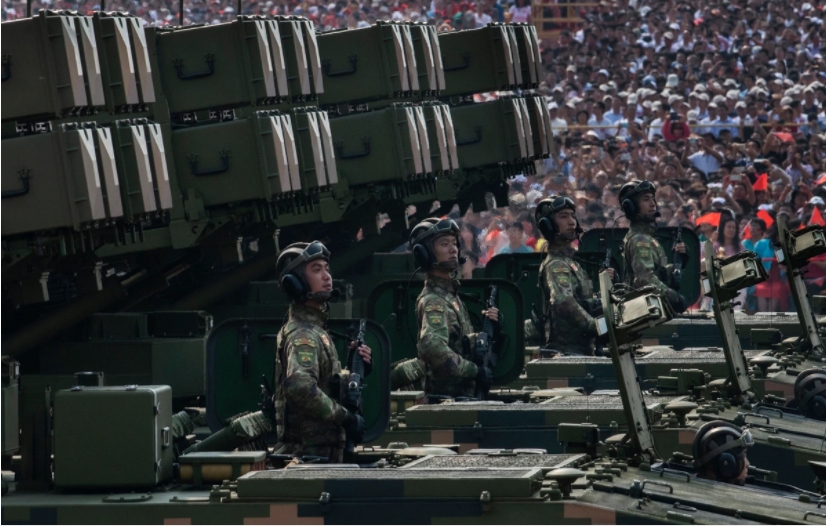 WASHINGTON — China is moving away from its “informationized” approach to warfare and adopting new technologies that will support an “intelligentized” approach, the Pentagon said in a new report.

In its annual report to Congress on the Chinese military, released Sept. 1, the Department of Defense noted that China sees emerging technologies such as artificial intelligence, cloud computing, big-data analytics, quantum information and unmanned systems as driving a shift toward intelligentized warfare.

Chinese leaders believe this shift will bring forth a revolution in military affairs and ultimately support future combat that is expected to require more rapid processing and the fusing of information for quicker decision-making and command-and-control efforts.

The Chinese military has established a Network Systems Department, which is responsible for information warfare.

Last year’s report mentioned this new approach only once under a section about China’s Civil-Military Integration strategy. This year’s report noted the shift to intelligentized warfare is being led through China’s Military-Civil Fusion development strategy.

The DoD’s report said there is a shift away from “informationized” war, which was described in a 2016 department report — citing Chinese military writings — as “an asymmetric way to weaken an adversary’s ability to acquire, transmit, process, and use information during war and to force an adversary to capitulate before the onset of conflict.”

Much of this is conducted via China’s Strategic Support Force. Created in 2016, the theater-level command houses much of the country’s information-related capabilities related to strategic space assets, cyberspace, electronic warfare, information operations and psychological warfare.

China views information superiority, which includes denying information to its enemies, as critical to success on the battlefield. As such, an intelligentized warfare campaign that goes beyond informationized to target and degrade systems with emerging technologies, such as artificial intelligence, is paramount.

The DoD asserts that the People’s Liberation Army plans to employ technologies as part of this new warfare strategy to support unmanned systems on the ground, in the air and at sea; to support information operations; to enable new command-and-control models; and to improve cyber and electronic warfare through AI-assisted network analysis and spectrum management.

“The PLA’s ability to leverage big data will depend upon its ability to obtain large quantities of high-quality data on foreign militaries. Additionally, the complexity of future conflict probably will challenge the PLA to recruit, train, and retain the highly competent and technically proficient personnel necessary to understand and operate future ‘intelligentized’ systems,” the report stated, noting that delegating command and control to lower echelons may run counter to the PLA’s centralized command-and-control structure.