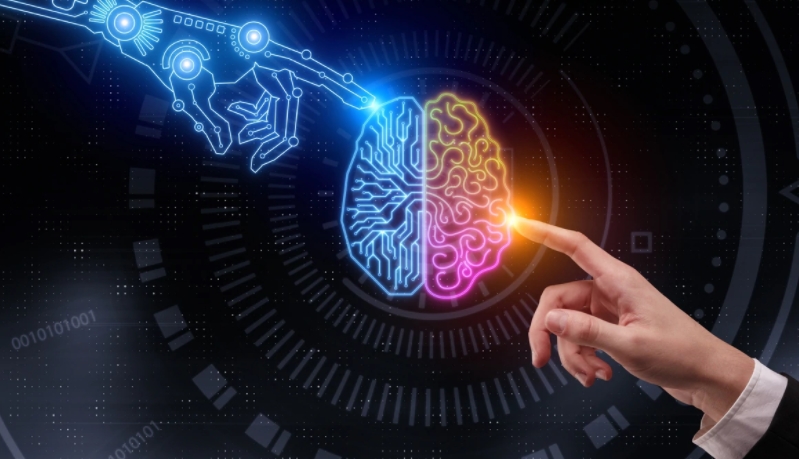 WASHINGTON — The Pentagon’s artificial intelligence hub is working on tools to help in joint, all-domain operations as department leaders seek to use data to gain an advantage on the battlefield.

This year, the Joint Artificial Intelligence Center kicked off its joint war-fighting initiative, under which it is developing algorithms to provide armed services and combatant commands with AI tools to accelerate decision-making.

The center is “specifically focused” on working to harness AI to link together systems involved in the intelligence-gathering phase to the operations and effects piece of all-domain operations, Mulchandani added.

“It’s how do we actually connect these platforms together end to end to build sort of a system that allows a commander to actually have that level of both visibility on the intel side but able to action it on the other side,” Mulchandani said on a call with reporters Thursday.

“Our goal is to nest these capabilities under the Joint All-Domain Command and Control concept … to provide a more cohesive and synchronized operational framework for the joint force,” Deasy said.

Earlier in the summer, a JAIC official said the war-fighting team was trying to aim a laser on an enemy vehicle to inflict damage.

But to enable all these tools, one thing is paramount: data.

The DoD CIO’s office is set to release its data strategy later this year, with the department’s new chief data officer, Dave Spirk, saying at the symposium that the he worked to reorient a draft of the strategy to ensure the use of data to enable joint war fighting is the top priority.

“We’re in a place now where we want to put joint war fighting at the top of the pile of things we’re working on,” Spirk said at the symposium Sept. 9.

Deasy also emphasized the importance of data in war fighting during a session at the Billington Cybersecurity Conference that same day.

“When we do the exercises, the experiments and things maybe don’t go right — I can guarantee you what they’re going to write down on the whiteboard at the end of that is ‘data.’ Did we have the right data today? Why couldn’t we connect those data across our weapons systems, our various assets?” Deasy said.

Critical to the development of artificial intelligence are adequate data storage and development platforms. The JAIC recently awarded a contract worth more than $100 million to Deloitte for the development of the Joint Common Foundation platform, an enterprisewide, cloud-based platform that the center will use to develop AI tools.

Meanwhile, DoD components such as the JAIC are also awaiting the deployment of the DoD’s embattled enterprise cloud, the Joint Enterprise Defense Infrastructure. Department officials have continuously pointed to the JEDI cloud as a critical piece of the JAIC’s ability to develop artificial intelligence, as the new technology it is expected to store 80 percent of DoD systems across classification levels and provide massive amounts of data.

Deasy said Sept. 9 that JADC2 will require the services to collect and share data with each other in a way that they have never done before, and that may require changes to how they operate. But in order to enable JADC2, he added, a cultural shift in how the services treat their data is needed; if the services want to link sensors to shooters, interoperability of services’ systems and data is imperative.

The DoD is in the “early days of how we’re going to do that,” he added.