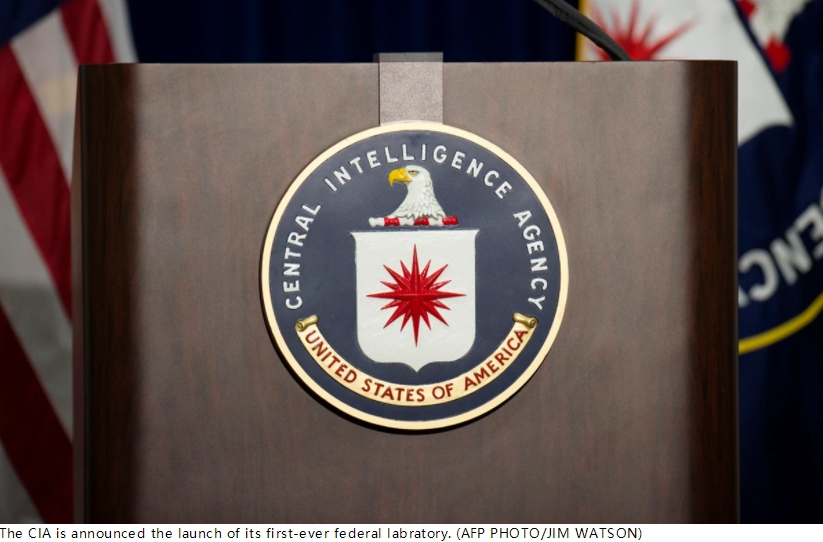 WASHINGTON — The Central Intelligence Agency announced Monday the launch of its first-ever federal lab, a new internal organization that will allow its officers to obtain patents and licenses for intellectual property they create while working at the agency.

The new office, called CIA Labs, will be an in-house research and development office through which the spy agency will develop the future technology it needs for intelligence collection for national security, while also helping U.S. economic security, according to Dawn Meyerriecks, head of CIA’s Directorate of Science and Technology, in an agency press release.

In a speech last week at the Intelligence and National Security Summit, Meyerriecks listed several broad areas where the agency has intellectual property that could “change the conversation” around key emerging technologies. She listed 5G, battery technology, augmented and virtual reality, artificial intelligence and machine learning, computation, geospatial information representation, navigation, and analytics as areas of focus.

“It’s an endless list that we collectively own, but the world desperately needs,” Meyerriecks said. “And if your attitude is ‘I will get this to production and then I will wait for the next procurement opportunity,’ then we are collectively part of the problem, not part of the solution.”

She added that the agency already has two provisional patents, but didn’t go into detail.

The lab is an investment the CIA is making to recognize the entrepreneurs inside the agency, an area not covered by the intelligence community’s other innovation and advanced research hubs, In-Q-Tel and the Intelligence Advanced Research Projects Activity.

The federal lab designation will allow the agency to strengthen its connection to academia, industry and the 300 federal labs across the United States. The CIA press release added that the labs will allow for internship and externships for officers. CIA labs will also provide career incentives at the agency because the investors can receive license revenue from users outside the agency.

“Some phenomenal innovations have come from CIA over the years, and with CIA Labs, we’re now better positioned to optimize developments and further invest in our scientists and technologists. In an evolving threat landscape, CIA Labs will help us maintain our competitive edge and protect our nation,” Meyerriecks said in a statement Monday.