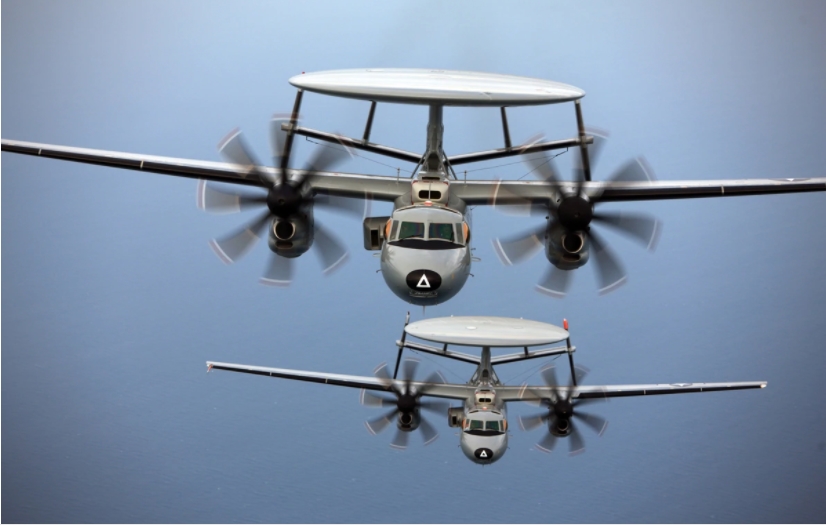 WASHINGTON – The US Navy’s top officer has tasked a former surface warfare officer turned engineering duty officer to create a powerful, all-connecting network service leaders believe they will need to fight and win against a high-end foe such as China.

Chief of Naval Operations Adm. Michael Gilday tasked Rear Adm. Douglas Small to lead an effort that will “develop networks, infrastructure, data architecture, tools, and analytics that support the operational and developmental environment that will enable our sustained maritime dominance.”

“Beyond recapitalizing our undersea deterrent, there is no higher developmental priority in the U.S. Navy,” Gilday said. “All other efforts are supporting you. Your goal is to enable a Navy that swarms the sea, delivering synchronized lethal and non-lethal effects from near-and-far, every axis, and every domain.”

In the past, Gilday has referred to the effort to field a powerful network as its “Manhattan Project,” harkening back to the rapid development of the atomic bomb in the 1940s. The urgency behind the effort to create this network highlights the growing sense of unease the Navy has around its position in the world as China builds towards its goal of achieving first-rate military power status by 2049.

“The Navy’s ability to establish and sustain sea control in the future is at risk,” Gilday said in his letter. “I am confident that closing this risk is dependent on enhancing Distributed Maritime Operations through a teamed manned/unmanned force that exploits artificial intelligence and machine learning. I am not confident we are building the Naval Operational Architecture connecting and enabling this future force as quickly as we must.”

The network is to connect with the Air Force’s Joint All-Domain Command and Control effort, which the services are all lining up behind.

Small started his career as a surface warfare officer but became an engineering duty officer in 1997. He has a background in electronic warfare and above-water sensors, as well as work at the Missile Defense Agency. In the Oct. 1 memo, Gilday has tasked him to report after 60 days, then every 90 days after that.

In a separate memo to Vice Adm. James Kilby, the Navy’s top warfighting requirements officer, Gilday said he wanted the Navy to develop both a concept of operations and a coherent kill chain based on an “any-sensor, any-shooter,” construct, an idea that would mean that any track obtained by any sensor can be passed to any ship or platform with a missile with which to kill it, something that would be enabled by Small’s network.

‘We don’t have and adequate net’

In comments last year, Gilday said the Navy needed to move out with urgency to create a powerful network.

“The biggest challenge for us is to join all the main command and control,” Gilday said. “We’re building netted weapons, netted platforms, and netted [command-and-control] nodes, but we don’t have an adequate net, and that’s a critical piece.”

The Navy has been working toward a concept of operations that links its ships, aircraft and unmanned platforms by way of communications relay nodes — such as small drones — or whole ships — such as the future frigate or high-tech aircraft like the E-2D Hawkeye.

The idea is to spread the force out over a wide area, as opposed to clustered around a carrier, to put a maximum burden on Chinese intelligence and reconnaissance assets. This spread-out, networked force would connect the various shooters so that if any individual node in the network sees something to kill, any Navy or Air Force asset with weapons within range can kill it.

This has led to a push for ever-longer-range missiles. But to make it work, all the pieces must be linked on a reliable communications network. The current architecture, according to the Navy, is insufficient for the job, given Chinese and Russian investments in electronic warfare that can interfere with communications.