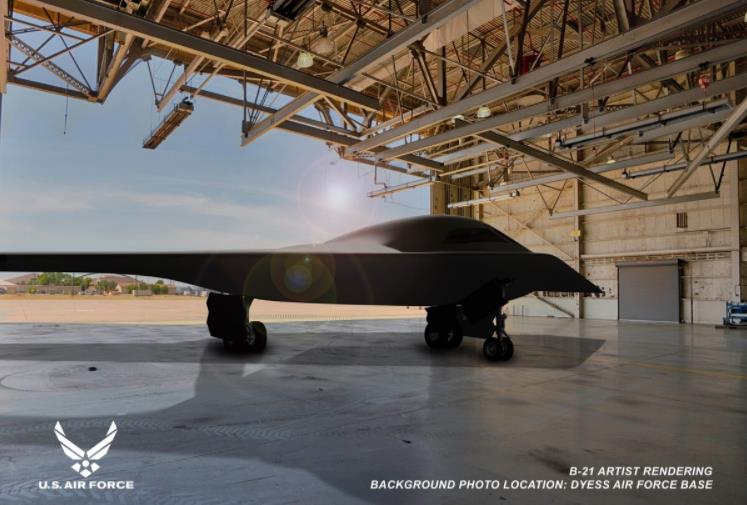 WASHINGTON — The U.S. Air Force is spending tens of billions of dollars every year to buy new aircraft, including F-35 Joint Strike Fighters, KC-46 tankers, the T-7A trainer jet and more. But none of those platforms makes the list of Air Force Chief of Staff Gen. Charles Q. Brown’s top three modernization priorities.

“In some cases, I’m not so much enamored with airplanes, although, you know, I flew airplanes,” Brown said during a Nov. 12 interview where Defense News asked him to list his top three weapons priorities for the Air Force.

“It’s really the capability” that matters, he said. “And as we look at, you know, future conflicts, we may be fighting differently. I don’t know that for a fact. But when I came in, cyber wasn’t a thing. Now it is. Space was a benign environment. Now, not as much.

Brown pointed to the recapitalization of the Air Force’s nuclear weapons and delivery systems as his No. 1 modernization priority.

“Nuclear modernization is there at the top,” Brown said. “That’s important.”

The Air Force plans to field new ICBMs and develop a new stealth bomber, almost concurrently, through the Ground Based Strategic Deterrent and B-21 Raider programs. During Brown’s four years as chief of staff, both efforts will hit critical milestones.

The B-21 program is further along, having completed a critical design review in 2018. The first B-21 bomber is currently under construction by Northrop Grumman at the company’s facilities in Palmdale, California. In August, Maj. Gen. Mark Weatherington, commander of Eighth Air Force, said the aircraft would fly in 2022.

The Air Force plans to buy at least 100 B-21s, though it is considering a larger program of record.

Meanwhile, the Air Force awarded Northrop a $13 billion contract for the GBSD program in September. Although the legacy Minuteman III ICBMs won’t begin to be retired and replaced until 2029, it will be Brown’s job to ensure the program stays on track and gets the funding it needs during the pivotal early days of its engineering and manufacturing development stage.

An unarmed Minuteman III ICBM launches during an operational test at on Oct. 29, 2020, at Vandenberg Air Force Base, Calif. (U.S. Air Force)

That may create pressure on the Air Force’s and the Navy’s budgets in the coming years, especially as spending is projected to flatten. But the services have contended there is no time to waste when it comes to nuclear modernization — all programs must stay on schedule.

Like his predecessor, now-retired Gen. Dave Goldfein, Brown wants the Air Force’s shooters and sensors to be able to instantaneously share data with the joint force — a concept the military has termed Combined Joint All-Domain Command and Control.

Brown’s second priority, the Advanced Battle Management System, is the Air Force’s effort to field a series of technologies that will make CJADC2 a reality.

“I look at ABMS [as critical] because that’s going to help us enable our decision-making and how we contribute to Joint All-Domain Command and Control,” Brown said. (The “C” in the concept’s name was recently added.)

However, Brown acknowledged the service has more work to do to convince lawmakers of the viability of the ABMS program. The Air Force envisions ABMS as a family of systems — think everything from cloud computing technologies, artificial intelligence algorithms and smart devices alongside traditional communications gear like radios.

Instead of issuing exact requirements, the service wants to test what industry has available in a series of “on ramp” exercises, eventually buying what works after technologies are customized to meet user needs.

Congress, however, has been skeptical. While the Air Force requested $302 million for the program in fiscal 2021, the House and Senate Appropriations committees would subtract anywhere from $50 million to almost $100 million from that sum, citing concerns about the service’s acquisition strategy and lack of detailed requirements.

“That’s feedback to me, feedback to the Air Force that something is maybe being lost in the translation,” Brown said. “We’re doing this a bit different than we have done a traditional acquisition program. … And for us, for the Hill, it is a bit different. I think it’s an area that we, as an Air Force, do need to do a little bit better job of how we talk it up.”

Brown’s third modernization priority isn’t a program at all: He wants to see continued advancements in new acquisition methods that allow the Air Force to more quickly buy new equipment at lower prices.

Currently, “by the time [new technology] gets to the hands of the war fighter, the software that’s in it is a decade or two decades or 15 years old. How are we able to do things a bit faster in that regard?” Brown said.

He pointed to advanced manufacturing processes like digital engineering, which employs detailed data and models during the design of a product, and simulates how it will be manufactured, tested, operated and sustained throughout its life cycle.

Air Force acquisition executive Will Roper has heralded techniques like digital engineering for enabling the rapid development and recent first flight of a full-scale demonstrator aircraft,which was tested as part of the service’s Next Generation Air Dominance program. Roper told Defense News in September that it will be up to Brown and other Air Force leaders to decide whether it’s worth buying into the Digital Century Series plan for NGAD, which would involve the service more rapidly purchasing small batches of aircraft from various manufacturers.

While Brown didn’t comment on whether the Air Force has committed to the Digital Century Series model for purchasing future combat jets, he cited the approach as one that could potentially speed up the fielding of new technologies.

“If we keep doing the same approach we have since I’ve been in the Air Force and expect a different result, then we’re not going to do very well,” Brown said.

“We have to change our approach. And this drives change in our thinking, change about how we think about acquisition, it changes how we as an Air Force engage with and collaborate with [the Office of the Secretary of Defense], with [the Pentagon’s Cost Assessment and Program Evaluation office], with the Hill, with industry. And, you know, I think we’ve gotten some traction in certain areas, but it’s going to require constant dialogue and collaboration and transparency.”