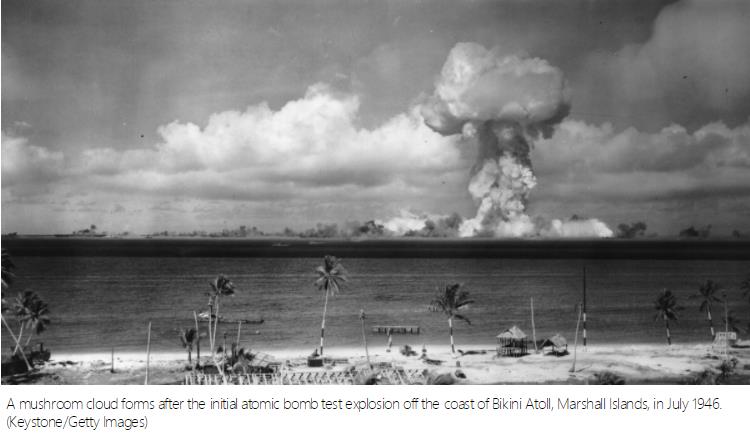 Four steps Biden must take to reset the nuclear agenda

While the danger of nuclear weapons was rarely mentioned on the presidential campaign trail, the nuclear weapons policy approaches of the two candidates stood in stark contrast. In the end, the American public rejected a president — one who made both casual and overt threats of nuclear war and repeatedly referred to the most destructive force ever created by humankind as “the nuclear” — for a candidate who agrees with former President Ronald Reagan’s assertion that a nuclear war can never be won, and so must never be fought.

In choosing President-elect Joe Biden, the country can be assured that the United States will once again pursue a leadership role in global nuclear risk-reduction efforts. Understanding that every single nuclear challenge facing the United States has grown since 2016, the 2020 Democratic platform laid out an ambitious agenda to deal with this reality. Biden also outlined his priorities for arms control and nonproliferation in his Foreign Affairs article and Council for a Livable World questionnaire. It is heartening to see a general frame already in place, since there will not be a moment to waste upon entering office.

Here are four steps Biden must take to reset the nuclear agenda:

Stem the bleeding: To begin, Biden must deal with the immediate crises left behind by the Trump administration. That includes extending the New START nuclear pact, which is set to expire on Feb. 5, 2021. The treaty between the United States and Russia — who together possess more than 90 percent of the global nuclear stockpile — should be extended for the full five years permitted under the terms of the agreement. This would allow the maximum amount of time to create new and expanded structures for controlling and reducing all types of nuclear warheads and delivery systems, and would provide time to draw countries like China into serious nuclear policy discussions.

The incoming Biden administration must also sort out the mess made by President Donald Trump’s erratic and inconsistent approach to nonproliferation. That means assessing the diplomatic damage and then working toward credible, substantive negotiations with both Iran and North Korea. The president-elect should also quickly review how the Trump administration’s internal nuclear policy decisions have negatively affected possible initiatives to reduce nuclear risks and address any potential problems immediately.

Build a stronger, more diverse team: Political appointees committed to the president’s vision can help drive new initiatives, but the real goal should be to strengthen and diversify the group of civil servants focused on these issues. Many of the experts who helped negotiate and implement the agreements and treaties of the modern arms control era have retired or will soon. The new administration will need to pursue a hiring surge, bringing in policy experts with diverse backgrounds, as well as technical experts who can help sort through how emerging technologies will affect strategic stability. Experts throughout the government should be encouraged to be creative and to challenge the status quo. While this effort would likely require coordination with Congress, it is worth the time and the political capital.

Start talking — and listening: With a capable team in place, a Biden administration should start making its arms control and nonproliferation goals clear to the American public, allies, adversaries and even potential negotiating partners. Radical honesty is the best remedy for a world rife with disinformation.

The incoming administration will also need to listen. Some allies will have grievances after four years of hostility emanating from the White House. Others will have concerns about potential changes to U.S. force posture or the crumbling nonproliferation regime. And it is past time for the United States to start real engagement with our adversaries over their longstanding issues regarding missile defenses, conventional forces and other issues that Washington has long been loath to discuss.

Ignore the cynics: Biden will enter office with decades of experience on nuclear risk reduction and undoubtedly surround himself with a team that brings both deep expertise and enthusiasm. Even so, he should anticipate critiques of his arms control and nonproliferation policies, and expect to engage Capitol Hill and the public, seamlessly integrating engagement plans into policy efforts. Instead of accepting the idea that the Senate will never again give its advice and consent to arms control and nonproliferation treaties, he should instead begin to develop plans to reinvigorate the Senate’s commitment to their constitutional duties.

He should also fully reject the refrain that “arms control is dead.” Arms control is not a mortal entity; it is a tool that can change and evolve to meet the challenges of the day if paired with competence, patience and force of will. Creating a new generation of arms control agreements and other nuclear risk-reduction measures will not be easy. It is, however, much easier than managing the aftermath of mass proliferation, a runaway nuclear arms race or possible nuclear use.

There is no doubt that Biden will face a slew of arms control and nonproliferation challenges, but few presidents have been better prepared for the task. To make progress, he will need to take some risks, make some difficult choices, and, at times, personally steer the work that needs to be done with foreign leaders, congressional leaders and his own staff. But if protecting the country — and the world — from nuclear risks is the goal, nothing less will do.