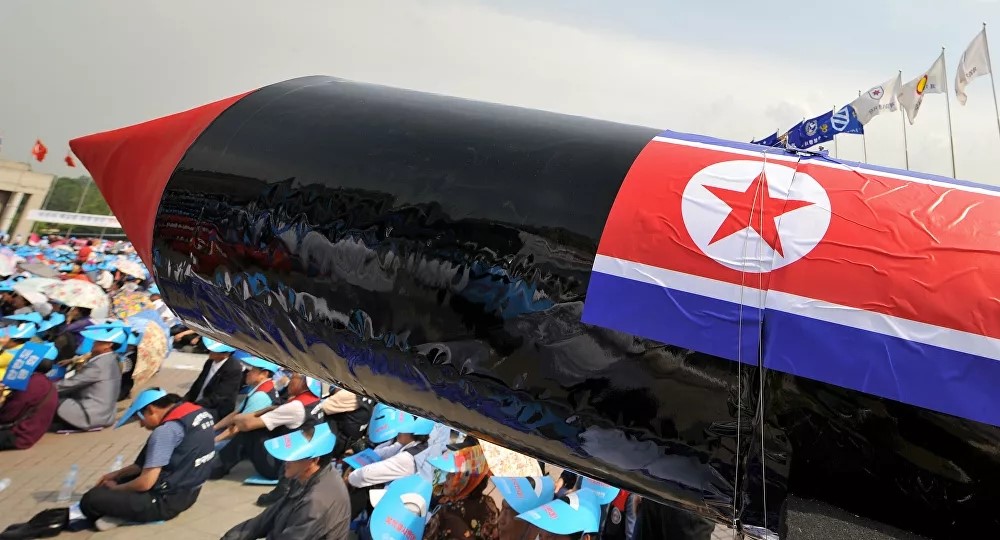 In 2018, suspicions surfaced that North Korea, in addition to its major nuclear plant in Yongbyon, has another uranium-enrichment plant, believed to be called Kangson, located in Chollima-guyok, just southwest of Pyongyang. The facility was reportedly opened in the early 2000s, prior to the Yongbyon plant, and to have begun operating by 2003.

Olli Heinonen, former IAEA deputy director-general for safeguards, made the conclusion based on recent satellite imagery of buildings at the Kangson plant.

“The available evidence suggests that Kangson is not a uranium enrichment plant, although it is likely still tied to North Korea’s uranium enrichment program, just in a different role,” Heinonen said in an op-ed, published on 38 North, a website run by the Stimson Center a Washington-based think tank. “Its characteristics are consistent with a large-scale machine tool workshop suitable for the production and testing of centrifuge components.”

Heinonen added that high-level security arrangements around the plant, including a one-kilometer wall perimeter, similar to that of the Yongbyon complex, North Korea’s major nuclear facility, indicate that “the installation is a valuable asset”.

“However, unlike buildings at the Yongbyon nuclear complex, Kangson does not have a security defense-in-depth. Its security arrangements are more comparable with the features of military-industrial complexes in North Korea,” the former IAEA official suggested.

He also noted in the op-ed that, based on the satellite imagery, buildings at Kangson appear to be missing air conditioning units, “which are essential to maintaining an appropriate operating environment for centrifuges at production-scale facilities”.

Heinonen pointed out that the “true function of the Kangson complex can only be established by an on-site inspection,” something that Pyongyang does not allow.

In February 2019, North Korea’s Supreme Leader Kim Jong-un, during a summit with US President Donald Trump in Hanoi, offered to shut down DPRK’s well-known Yongbyon nuclear plant in exchange for Washington lifting its sanctions on the country, but the US president demanded instead that Pyongyang close “all five” secret nuclear facilities allegedly tied to North Korea’s nuclear programme. The White House did not provide the public with a list of the suspected facilities and it was not clear whether the Kangson site would be included.

According to a July 2018 report by The Washington Post, US officials were convinced that the Kangson plant has “twice the enrichment capacity of Yongbyon”.

“If the issue of undeclared facilities is going to be a factor in US-North Korea negotiations, as it was in Hanoi, the more we can learn about these suspected facilities, the better we can assess their role and value to North Korea’s overall nuclear weapons development,” Jenny Town, deputy director of 38 North, told Reuters.