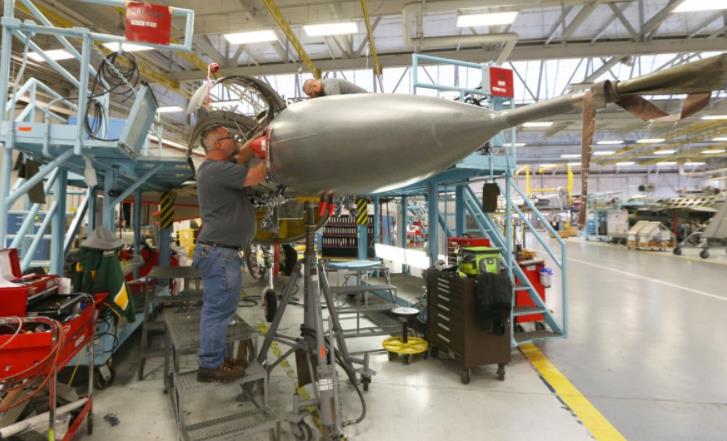 The decision by Congress to raise the industrial base job in the Pentagon hierarchy will help prioritize key issues for the department, but questions remain about the structure of the office, according to analysts.

As part of the 2021 National Defense Authorization Act, the position of deputy assistant secretary of defense for industrial policy will be changed to assistant secretary of defense. The new role makes it the 61st job at the department to require Senate confirmation, a reflection of importance Congress is now putting on a role that has historically stayed under the radar.

The industrial policy job was an assistant secretary of defense-level role years ago. But when Congress began looking to cut down the number of ASD jobs, it became first a deputy undersecretary job, and then a deputy assistant secretary spot — no longer high enough to require Senate confirmation. Following the breakup of the Acquisition, Sustainment and Logistics office, the industrial policy job ended up several levels under the undersecretary of defense for acquisition and sustainment.

But a wonky job known mostly inside the defense industry gained a major boost in attentionover the Trump administration, due largely to three factors.

First, an executive order to study the health of the defense industrial base led to a 2018 report, largely put together by then-industrial base head Eric Chewning, warning of “domestic extinction” for defense suppliers. Then, the Trump administration began a more aggressive stance toward China, one which coincided with empowering the Committee on Foreign Investment in the United States, or CFIUS; that went hand in hand with concerns about China investing strategically in America’s supply chain.

Finally, the government’s response to the coronavirus pandemic began running through the Defense Production Act, controlled by the industrial base office. Suddenly, this office was in charge of dispersing money for vital medical supplies, as well as pushing money to the defense industry to keep key suppliers operational — the latter of which drew ire from Congress.

Jerry McGinn, a longtime official at the industrial base office who is now executive director of the Center for Government Contracting at George Mason University, said the move is a good thing, particularly for the smaller commercial projects that are still vital for the department’s mission.

“I think it is a reflection of the importance of that portfolio, which covers CFIUS, mergers and acquisitions, all of the industrial base, the Defense Production Act, as well as small business policy,” McGinn said. “A lot of the things that the broad industrial base needs don’t have a real champion — not the way the F-35 [fighter jet] does, for example. The nice-to-have stuff sometimes gets cut by [the Cost Assessment and Program Evaluation office] or a committee. Having an ASD can help in those kinds of internecine bureaucratic battles.”

Bill Greenwalt, who served as deputy undersecretary of defense for industrial policy during the George W. Bush administration, said elevating the role is “absolutely the right decision.” But he expressed concerns about putting the job under the Acquisition & Sustainment office, given the wide-ranging topics that that industrial policy leader must cover.

“The reality is, the job has ties to the undersecretary for policy, to research and engineering, with production and manufacturing on the A&S side,” Greenwalt said. Putting it under A&S will “suboptimize the benefits of making it an ASD-level job because it needs to work across several undersecretaries.”

But McGinn raised a different concern, wondering whether the new ASD office will receive the staffing it needs to succeed.

“Making it an ASD is one thing, but staffing the organization is another. One of the big challenges after Congress split AT&L is they also did a reduction in government billets,” McGinn said. “That office is already thinly staffed. They don’t need to grow three times in size, but they need a little bit more staffing.