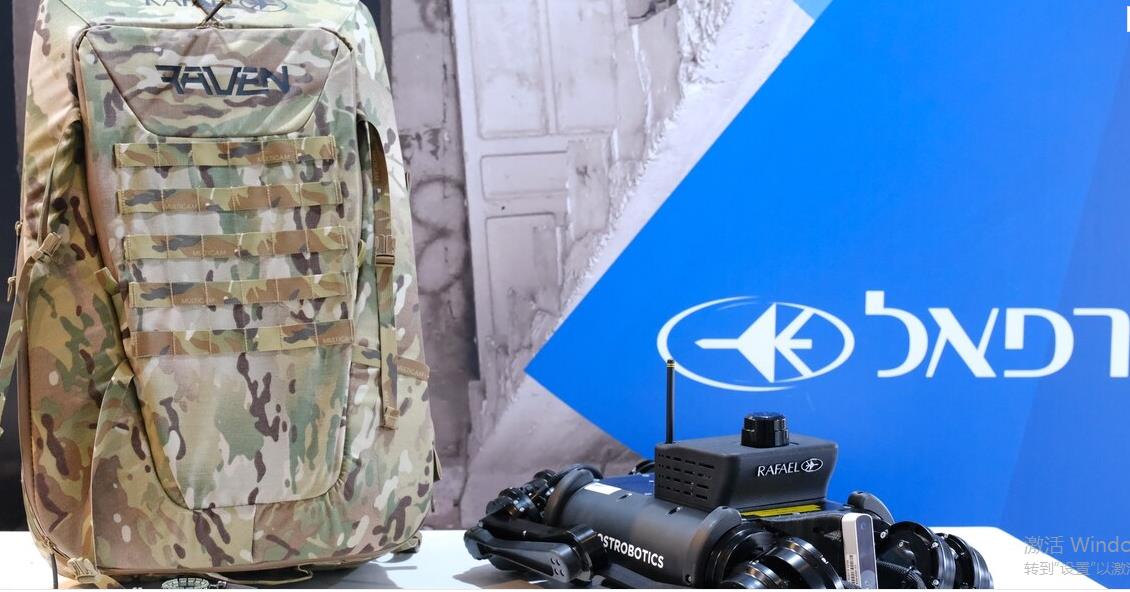 A robotic four-legged dog and a small drone infiltrated and mapped a building in an Israeli coastal community recently as part of Rafael Advanced Defense Systems demonstration of new technological capabilities for indoor battlefields.

The use of the unmanned systems combined capabilities Rafael has developed for air and land forces over the last decades to be used for what it calls “essential trends found on the multidimensional battlefield.” This includes using artificial intelligence, optical scanning, automatic target recognition and digital battlefield technology to map, scan and identify threats without sending in soldiers.

Open architecture design means these capabilities can be combined into a kind of “brain” for various unmanned robotic systems, a Rafael spokesperson said. This particular configuration of technology for indoor combat is not operational yet, but the company says it is receiving interest for potential contracts this year.

In Rafael’s presentation, Shmuel Olanski, vice president and head of the land innovation programs center, surveyed the current challenges ground troops face in the modern battlefield. Ground troops often have not benefited from the kind of high-end technology available to the air force, such as targeting pods or surveillance and use of AI on missiles. Israel’s years of experience fighting in urban environments, such as Gaza, or against adversaries in houses in villages, like those in southern Lebanon, has led to these kinds of solutions that the company sees as having applicability globally.

“The big thing we did here in terms of technology, we developed autonomous brains using artificial intelligence for each of these platforms. The big advantage of them is they can operate in remote and isolated environments, especially in the indoor environment. They have autonomous capabilities, and this is game changing in terms of these platforms,” said Noam Barak, head of Rafael’s Entrepreneurship and Innovation Center. The robotic dog from Ghost Robotics in the U.S., and the small UAV the company assembled from a kit to adapt to the unique payloads required, operated together during the demo last month. While the dog walked from room to room, exploring and building a map that is sent back in real time to a computer screen, the drone also scanned. Together they build a picture, identifying weapons, such as rocket-propelled grenades, that are littered throughout the compound. They can also read text.

Barak says that Rafael is building on its experience doing target recognition from the air, such as adding artificial intelligence to Spice bombs, and the work it is doing on Israel’s future combat vehicle Carmel program, to address indoor environments.

“Automatic target recognition is usually being done from the air, and we needed to take it to the ground and do some modifications,” says Barak. The use of trajectory and maneuvering, for instance, has some commonalities with missiles but requires new methods inside a cramped building. “A lot of this is quite new. It used the same engineers as other capabilities,” he says. New algorithms and mapping were combined with existing technology that enables navigation in GPS-denied environments. This involves data fusion using a “point cloud” to construct a view of the room. One achievement is the ability to construct a 3D map of the indoor area that can then be printed for soldiers, such as special forces, to prepare a raid.

The company’s goal is to provide prototype this year to try to break into the markets, Barak notes. In Israel, the company will offer the technology to the Israel Defense Forces. Digitized western militaries and other forces can use the system because Rafael wants it operated by single soldiers with intuitive point-and-click controls on a military standard touch pad. That means, unlike the complexities of flying some drones, these autonomous units scan and move around without the user needing sticks to fly them.

The noise of the drone and seeming vulnerability of the robotic dog to enemy fire could be limitations, and Barak says the company can’t expose all its technology to address that at the moment. He notes that the noise of a drone can also be a benefit, causing concern to adversaries hiding in a room if a drone enters suddenly through a window. “So if someone kicks the robots, we have good answers for this, but we can’t expose this right now,” he notes.

This is part of a wider move into multidimensional battlefields that Israel is pushing through its new multiyear plan called Momentum. The plan has led to the creation of new units and integration of sensors and intelligence down to smaller units. It is also part of Rafael’s footprint in digital battlefield technology. The company defines this as a battlefield with more varied systems communicating with each other through a digital cloud, collecting together the information from air units, ground soldiers and technology, including robots, to give a unified picture of what is happening on the battlefield. That technology now includes infiltrating and mapping the indoors using drones and unmanned ground elements.