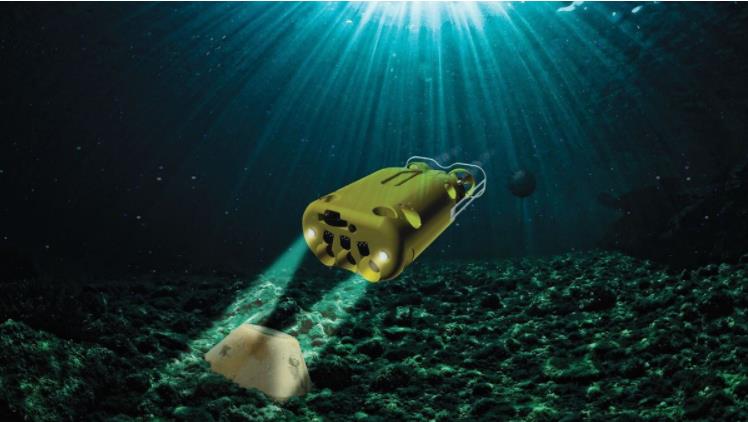 Swedish vendor Saab has received a contract to deliver underwater vehicles for blowing up sea mines to an Anglo-French program, the company announced Jan. 8.

The deal, valued at 300 million Swedish kronor (U.S. $37 million), is for Saab’s Multi-Shot Mine Neutralization System, or MuMNS, which is comprised of a remote-controlled vehicle capable of inspecting all manner of mines and attaching explosive charges to them.

The robots can carry three such loads, meaning several mines can be readied for detonation during one run.

The company expects to deliver the first vehicles to France’s Thales, which manages the binational program as the main contractor, in 2022. The pan-European Organisation for Joint Armament Co-operation manages the effort on behalf of France and the United Kingdom under the name Maritime Mine Counter Measures, or MMCM.

That program, in turn, envisions a wholesale overhaul of countermine equipment and tactics in both countries, relying heavily on unmanned platforms.

“We are proud to announce our first customers of the MuMNS,” Görgen Johansson, head of Saab subsidiary Dynamics, was quoted as saying in a statement. “It’s a great success to deliver capabilities that enable these navies to perform safer and more efficient mine countermeasures operations, since the operator can neutralize multiple sea mines from a safe distance.”

The French and British anti-mine program is rooted in the 2010 Lancaster House Treaty between the two countries. Initial study work began in 2015.

Besides Saab’s vehicle, there are five other technologies rounding out the MMCM package, including additional robots and sensors. Manufacturers include companies ECA, ASV and Thales.