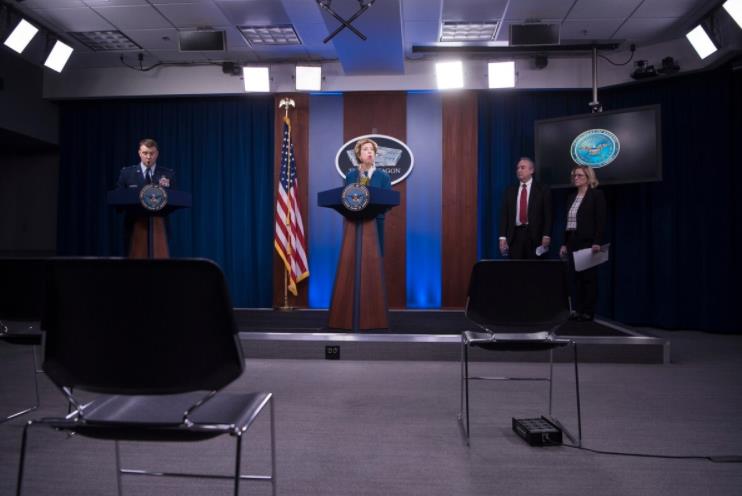 If you visit our newly updated Outlook page, you’ll notice it’s packed with opinions from those in the national security community who have front-row seats to the day-to-day machinations of militaries worldwide. From Defense News’ global headquarters, which is my kitchen table at the moment, allow me to join the discussion by humbly suggesting a few improvements I’d like to see in the national security community for 2021.

More access: President-elect Joe Biden made daily briefings at the Pentagon and the State Department part of his formal platform. Such a move would improve transparency and strengthen relationships with allies about how national security leaders are thinking. Transparency also improves accountability. In 2018, Rep. Mike Gallagher, R-Wis., told Defense News: “I worry that by failing to discuss problems, we will only ensure there is no public pressure to fix them.” Still true. Also, more details about the U.S. Air Force’s F-35, or the Advanced Battle Management System, or the secret prototype of its next-generation fighter jet would be nice.

Less jargon: This is a wish list, so let me dream, OK? Elon Musk’s greatest contribution to national security may be the Falcon 9 rocket, and SpaceX’s Starlink constellation may eventually have greater consequences. But his work attempting to abolish unnecessary acronyms, particularly if adopted by more leaders in the military, would be a significant legacy. From a well-circulated 2010 letter Musk sent SpaceX employees:

“Individually, a few acronyms here and there may not seem so bad, but if a thousand people are making these up, over time the result will be a huge glossary that we have to issue to new employees. No one can actually remember all these acronyms and people don’t want to seem dumb in a meeting, so they just sit there in ignorance. This is particularly tough on new employees.”

A new effort at reform: Texas Rep. Mac Thornberry, the recently retired longtime Republican leader of the House Armed Services Committee, made defense reform one of the tenets of his time in office. Concurrently, the Pentagon’s efforts by its chief management officer found savings but did not involve the broad, sweeping measures envisioned by Congress and was shuttered. Finally, with a new administration, it’s unclear if former Defense Secretary Mark Esper’s “night court” efforts at finding savings will continue. A new serious, long-lasting effort at reform is needed.

A clearer vision for the Space Force: If there’s another pew-pew-pew joke about the Space Force, it’s too soon. But for decades the military has relied on space for an information advantage. A recent briefing from Morgan Stanley noted that the Pentagon doubled spending on space in the last five years, with at least $4 billion spent to mitigate risks. How the Space Force will work to protect or extend that advantage is a worthy discussion.

A shipbuilding plan for the Navy that sticks: Industry needs a plan, or at least a core of a plan, to be able to meet the service’s needs in the future. The back-and-forth “will they, won’t they” that has hampered shipbuilding plans in recent years — most notably a dead-on-arrival plan from the White House’s national security adviser — makes it more difficult for industry to prepare and raises questions about cost and capacity, neither of which are necessary.

A meaningful public conversation about cyber operations: The SolarWinds breachhas revealed how little is known about how effectively the Defense Department protects its networks. The Pentagon’s supply chain cybersecurity program known as CMMC, or the Cybersecurity Maturity Model Certification, is admirable. But it is also looking like it is two years too late. The discussion around cyber in the federal government has centered on leaders taking greater responsibility for their agency’s cybersecurity. That approach is well-intentioned but has felt too punitive. In light of what SolarWinds has exposed, accelerating and funding protection measures, such as the adoption of zero trust, would be an easy first step.

Speedy delivery of a vaccine: I’m encouraged by the anecdotes of new ways for Defense Department employees to get work done during this time of coronavirus. I’m less optimistic the pandemic has presented opportunities for businesses or innovators trying to get in the door — the so-called lifeblood of innovation that we hear so much about. Instead, I worry that at a time of unprecedented change, leaders rely on what they already know.

The Outlook project features thoughtful ideas from some of the world’s most thoughtful minds in defense. It’s insightful. But also, do better than CJADC2.