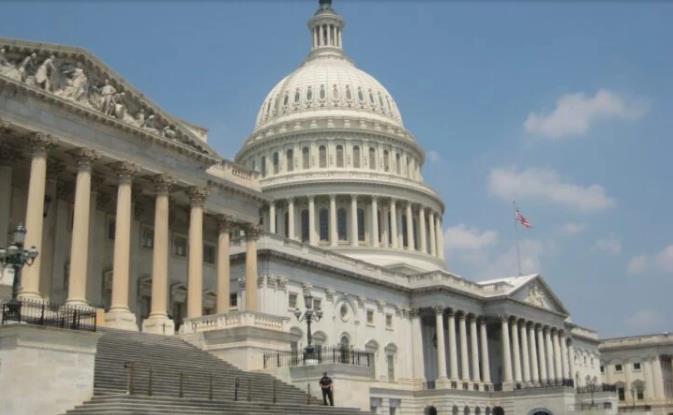 Three major defense contractors joined a growing list of corporate giants in halting all political contributions in the wake of last week’s riot at the Capitol by supporters of President Trump, seeking to distance themselves from the controversy.

Northrop Grumman, Raytheon, and Leidos are temporarily pausing all donations to members of Congress across the board.

Leidos Chairman and CEO Roger Krone said in a statement Tuesday: “We are shocked and appalled by the behavior that took place on Capitol Hill last week. Democracy thrives on passionate debate and different opinions but dies in anarchy and violence.” Leidos’ Political Action Committee has decided to temporarily pause all political donations.

The country’s largest shipbuilder, Huntington Ingalls, has also stopped PAC contributions, but it is not clear when the stoppage took effect. “HII’s employee PAC is currently paused while they review the budget and any governance changes to possibly implement in the new cycle,” spokesperson Beci Benton said in an email Tuesday, adding it happened “recently.”

On Tuesday, Raytheon spokesperson Chris Johnson said the company has “paused all political action committee contributions to reflect on the current environment and determine appropriate next steps.”

They declined to single out the 147 Representatives and Senators who voted to overturn the state electors certifications of Joe Biden’s victory.

We’ve contacted other major defense contractors including Lockheed Martin and Boeing. They have yet to respond.

The defense industry is extremely cautious in its dealings with Capitol Hill and rarely sways with the political winds. It tends to play equally well with Republican and Democratic administrations.

The violence at the Capitol on Jan. 6, which left five people dead and showed the world rioters beating police officers and rampaging through the Capitol while lawmakers prepared to certify the results of the presidential election, has changed the equation, however.

“Some [companies] probably are not going to announce anything publicly,” said Arnold Punaro, a retired Marine general  and former Senate Armed Services Committee staff director. “But I do see this widening in that they will not be making donations to those who voted against certification and/or appear to be implicated.”

It will take time for the Biden administration to build its national security and defense strategies. In the absence of a new defense strategy, the most logical route for Congress would be to plan a two-year budget deal that buys back readiness and investment lost to the Budget Control Act.

In the most recent election cycle, Northrop contributed $15,000 to the campaign of Rep. Devin Nunes, and $10,000 to Rep. Mo Brooks, two Republicans who voted to overturn the legally certified vote.

One of the highest-ranking lawmakers with deep defense ties is Ranking Member of the House Armed Services Committee, Alabama’s Mike Rogers. He received more than $200,000 in defense-related campaign funding in 2019-2020, according to Opensecrets.org. That includes $26,000 from employees of Leidos and the company’s PAC in 2020, followed by $15,000 from General Atomics, making employees and the PACs from those companies his two largest corporate donors. Rogers also voted to overturn the results of the election.

Fellow House Armed Services Committee member and Seapower and Projection Forces Subcommittee Ranking Member Rep. Rob Wittman also voted against certification of the vote. He received more than $50,000 in defense-related PAC money in 2019-2020, with $10,000 coming from Northrop Grumman, and $7,000 from Huntington Ingalls.

These defense giants are definitely not alone in deciding to cut off funds vital to members of Congress. Companies like Amazon, Verizon, AT&T, American Express, AirBnB, Blue Cross Blue Shield, Comcast, Commerce bank, Dow, Marriott and Mastercard Verizon went further and have stopped supporting the 147 Republicans who voted against Congress approving the legal and valid vote that means Joe Biden and Kamala Harris will take the oath of office on Jan. 20.

A wider group has stopped all contributions to PACs. Those include Microsoft, UPS, Hilton, Bank of America, Coca-Cola, JPMorgan, Google, 3M, Citigroup, Facebook, Ford, Goldman Sachs, Visa, and others.